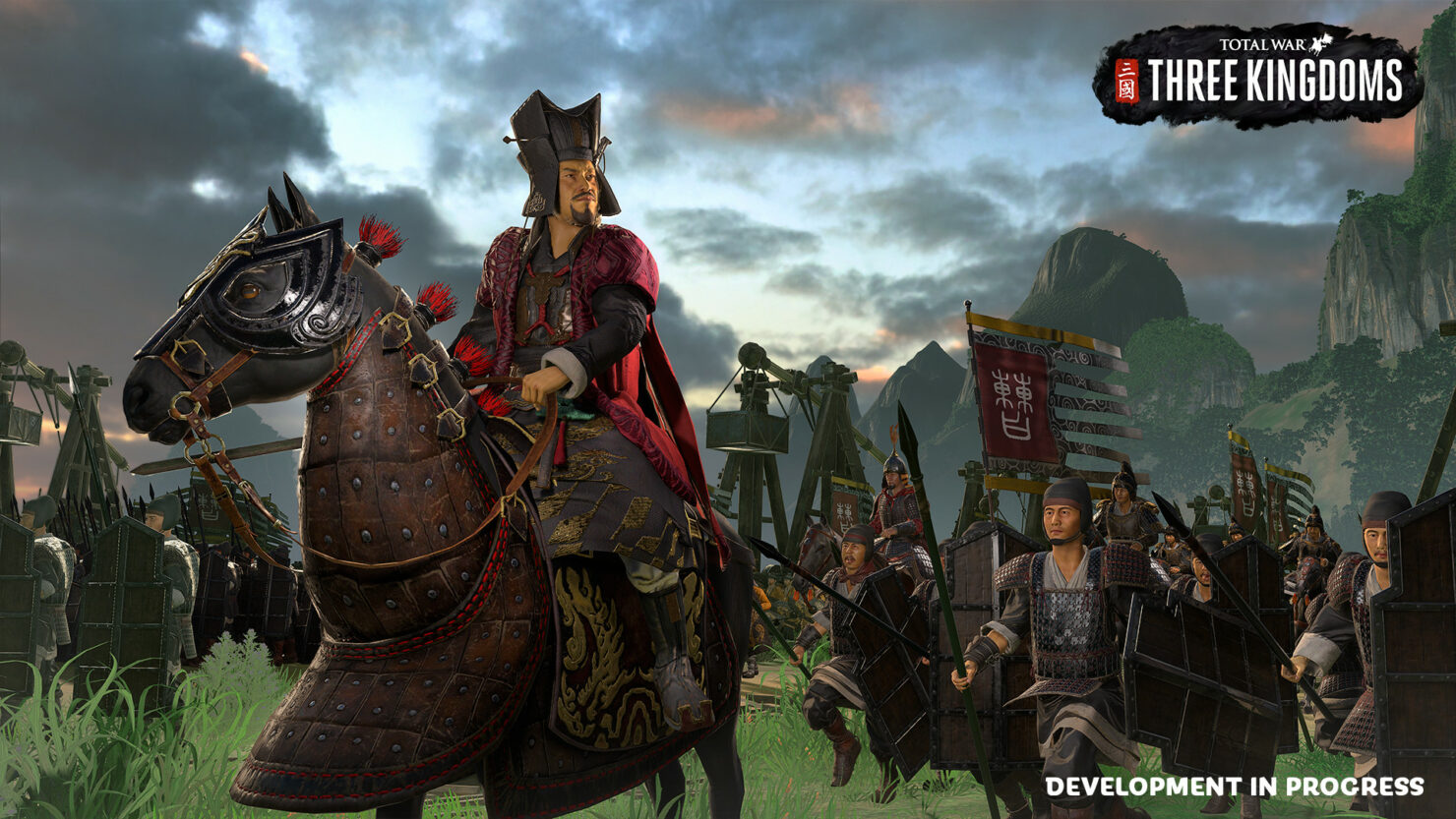 SEGA and Creative Assembly have shared a new trailer of Total War: Three Kingdoms, showcasing the campaign map for the first time. Originally scheduled to launch in 2018, the game has been delayed to Spring 2019.

The Han Dynasty crumbles before the child-emperor. He is but a figurehead; a mere puppet for the tyrant warlord Dong Zhuo. It is a brutal and oppressive regime, and as Dong Zhuo’s power grows, the empire slips further into the cauldron of anarchy.

But hope yet blossoms.

Three heroes, sworn to brotherhood in the face of tyranny, rally support for the trials ahead. Scenting opportunity, warlords from China’s great families follow suit, forming a fragile coalition in a bid to challenge Dong Zhuo’s remorseless rule. Will they triumph against the tyrant, or will personal ambition shatter their already crumbling alliance and drive them to supremacy?

The crucible fizzes. Allegiances shift. The fires of conflict stoke opportunity. Only one thing is certain: the very future of China will be shaped by its champions.

Total War: Three Kingdoms will feature two main modes. The first one is 'Romance' and it's modeled after the renown 'Romance of the Three Kingdoms' novel by Luo Guanzhong, while the second mode is 'Classic'. The main difference is that in the latter mode generals won't have nearly superhuman strength and the historical accuracy will be greater overall.

Chris visited SEGA earlier this month to preview Total War: Three Kingdoms and interview some of the developers at Creative Assembly. Stay tuned on Wccftech for these upcoming articles!