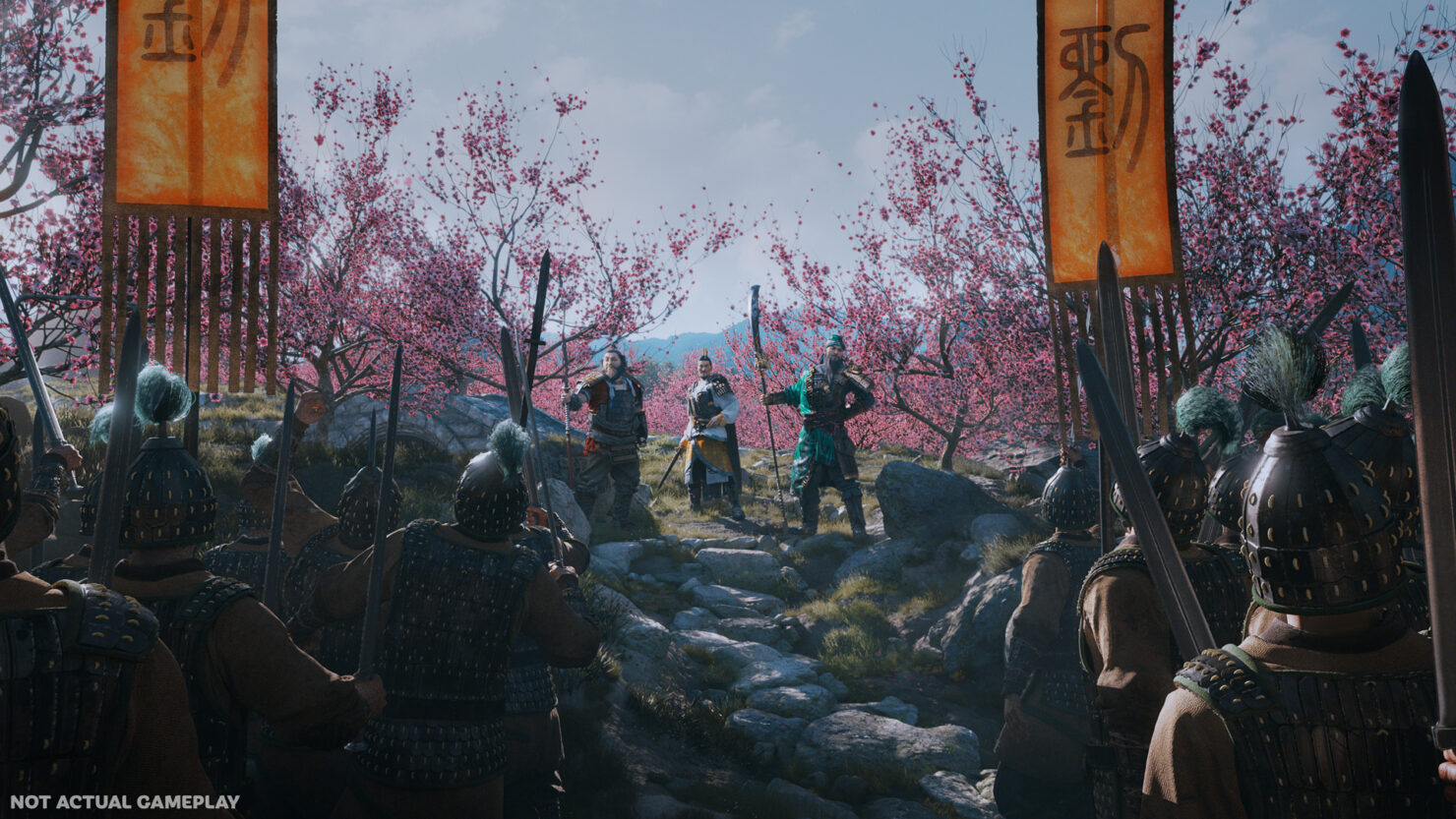 Why do I say this? Because I'm nothing if not impartial when it comes to the news about a Three Kingdoms based total war. I only gushed a lot when it was first announced, having openly wished for a Total War game set in that era for a long time.

So on that slight personal reveal on my impartiality, allow me to gush some more as Tsao Tsao - okay, Cao Cao - is revealed as the first general.

What I already like about this upcoming game is the setting and the possibilities that come with it. As a fantasised tale, it's second to none. Generals like Zhang Fei able to terrify a whole army long enough that they daren't cross a bridge. The supreme intelligence of such as Zhuge Liang, Pang Tong and Sima Yi. The benevolence of Liu Bei.

These are larger than life characters who will strengthen your army and visibly be able to change the tide of a battle. At least this is in the official mode that the game will offer. Should you want the traditional, and historically accurate Total War experience, the game will also offer a classic mode.

Total War: THREE KINGDOMS is the first Total War game to take inspiration from a romanticised version of History. Influenced by Luo Guanzhong's 14th century historical epic 'Romance of the Three Kingdoms', it follows the dramatic lives and deeds of near-mythical warlords and their retainers in 2nd to 3rd century China as they try to unite the country under their rule and forge the next great dynasty. Revealed in this first in-game cinematic is one such leader with designs on being the one true ruler of China, the cunning strategic mastermind, Cao Cao. Bringing grand speeches, breath-taking siege battles and legendary duels to Total War: THREE KINGDOMS, Cao Cao will no doubt be the leader of choice for players who enjoy a "divide and conquer" approach.

In another series first, Total War: THREE KINGDOMS features a romanticised version of the period including generals with preternatural fighting abilities able to tackle scores of enemy troops single-handedly and heavily influence battles. However, true to the series' legacy, the game will also feature a Classic Mode that offers a more grounded, historically authentic Total War experience.

In other news, it does appear from the trailer and the steam store that Total War: THREE KINGDOMS (why are we shouting this?) has been delayed from the initial 2018 release stated. This trailer shows a Spring 2019 release. However, the Steam store page still shows a Fall 2018 release.

I'll reach out to SEGA and get back to you with an update.

Edit: SEGA have confirmed to me that a Spring 2019 release is confirmed and the Steam page now reflects this.