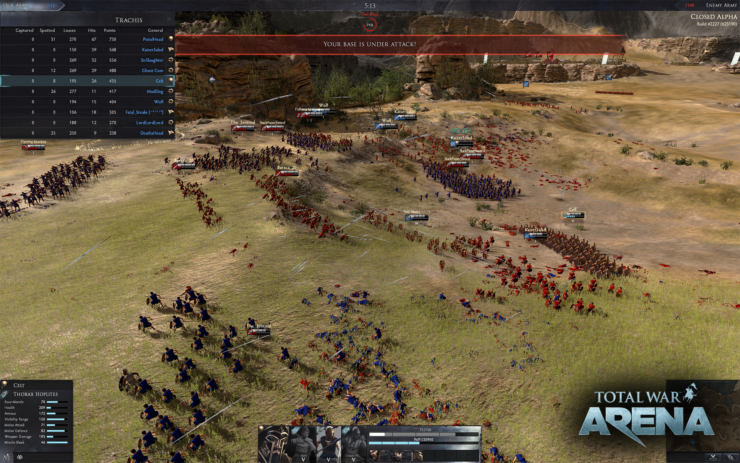 Starting today, it will be possible to experience the full Total War: ARENA, the strategy game developed by The Creative Assembly, for free.

Wargaming has announced that from November 24th until December 4th everyone will be able to experience the epic 10 versus 10 strategy experience of the game. All those who log in at least once will also be granted permanent access to the closed beta as well as three special Premium units.

Total War: ARENA features a historical setting where players will be able to take on the role of famous generals such as Leonidas of Sparta and Julius Ceaser of Rome.

Step into the boots of Julius Caesar of Rome, Leonidas of Sparta, Arminius of Germania, and many more to add new chapters to their storied exploits. Harness your wit and might to build an army and become a force to be reckoned with across ancient battlefields.

Lead the charge in massive, 10-vs-10 battles and let your renown spread across the world. Amass a formidable army, form an impenetrable battle plan with other heroes, and know every inch of the battlefield to secure victory.

Delve into the history of heroes and add to their exploits. Earn glory in battle to rival the greatest commanders of the ancient world. Discover the intricate and fascinating history behind iconic figures and master their battle styles while competing with players from around the world.

For more information about Total War: ARENA, you can check out the game's official website.