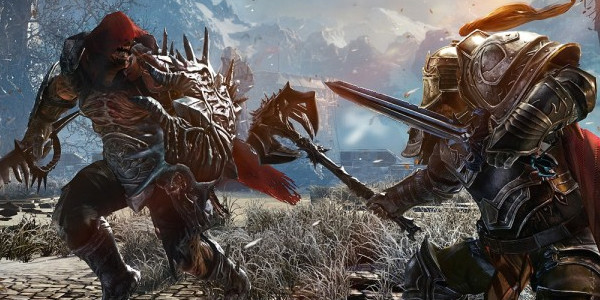 Originally, Lords of the Fallen 2 was supposed to appear later this year, but when it actually comes out (or whether at all), it is unclear for now.

Tomasz Gop, the producer and creative director of the Lords of the Fallen, was recently interviewed by Eurogamer and on this occasion, he spoke about the troubles while developing the sequel.

Here is a brief excerpt from the long interview with Tomasz Gop published on the pages Eurogamer.net.

I was let go because of a reduction in team, in scope, in budget, in business approach.

Almost two years I've been working on the sequel and I have not seen it leave the concept/vision stage. I was working on something I was really 100 percent into and we were not producing the game.

There came a time when Sniper [Ghost Warrior 3] was the most important thing for CI, the next big hit. It also might have been the reason why Lords was not progressing as fast. Of course, it's not uncommon knowledge that [SGW3] didn't go exactly according to plan, especially if it goes for sales. And here we are.

In addition to his comments, Eurogamer also published a statement from the head of CI Games, Marek Tyminski.

What we said about departing from triple-A: it means that we can really focus on the quality of our products, not thinking we have to match the scale of the major releases. From our standpoint, it doesn't mean anything negative.

In addition, Marek Tyminski also confirmed: "We have a very small team working on Lords of the Fallen sequel." It is known that the company is looking for partners such as Deck13, who helped the development of the original work and published the recent and well-received title called The Surge.

Sniper Ghost Warrior 3 did not have much success and CI Games recently published a letter to the community to illustrate the future plans of the company.

The studio is already planning a new shooter as well as Lords of the Fallen 2, however, it is not clear if the title in question is still a big-budget production or not.

What do you think of the words of Tomasz Gop? Let us know in the comments below.