It has been reported on Boy Genius Report on a leaked events sheet that HTC HD2 will be launched on March 24th 2010. It is listed as "Dark Handset" on the sheet not giving away much about it but on March 23rd HTC event is also listed. Although we trust BGR for breaking insider news but listing of HD2 as dark handset is something we would take with a pinch of salt and some sugar.

Anyway, have a look at the discreet photo taken by the insider of the event sheet which also mentions MotoCLIQ XT being launched on March 10th. 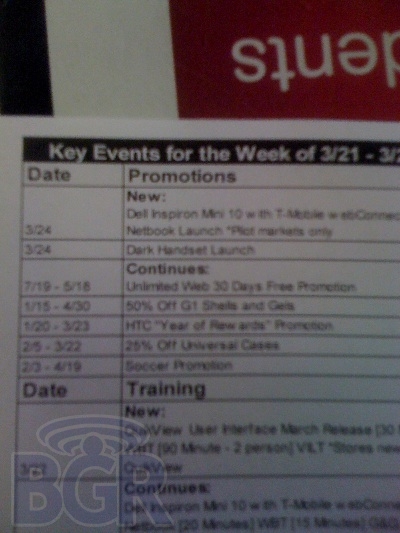 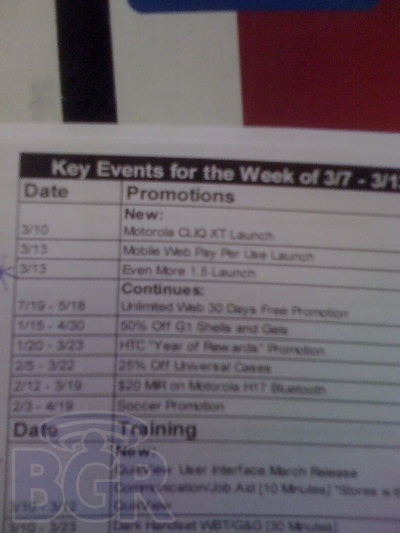