Titanfall 2 Sales Went So Badly That It’s Already at Half Price, Even on EA’s Origin 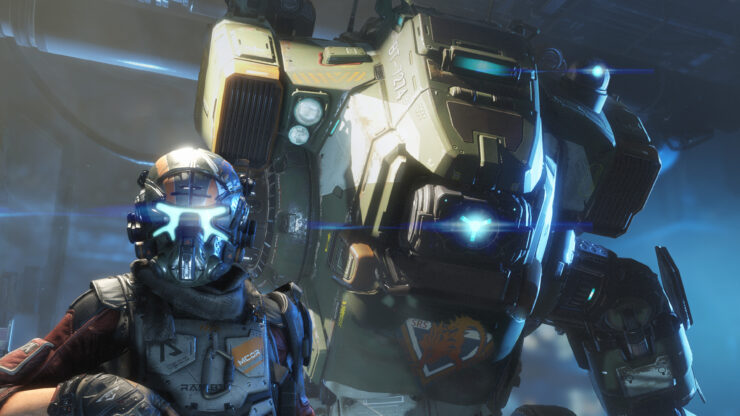 It's no secret that Titanfall 2 sales have been disappointing across the board. After all, even ahead of the October 28th launch research firm Cowen & Company already predicted a substantially disappointing result citing the unfortunate release timing.

We think the game got squeezed between Battlefield 1 and [Call of Duty: Infinite Warfare]. We suspect EA believed that by launching two shooters next to Call of Duty it could put a large dent in its biggest competitor, but instead EA appears to have wound up shooting its own foot off.

That's exactly what everyone feared before the release. It's likely that Electronic Arts originally intended to ship Mass Effect Andromeda alongside Battlefield 1 with Titanfall 2 getting launched in March 2017, which would have been exactly three years after its predecessor. This would have allowed Respawn to dodge the giants named Battlefield and Call of Duty while giving them even more time to create a better game.

Unfortunately, Mass Effect Andromeda slipped (and continues slipping - it's now aiming for a Spring 2017 launch) and Titanfall 2 had to take its place. Now, though, it turns out that the situation of Titanfall 2 sales may be even more dire than expected.

There are other worrying indicators. For instance, Respawn's second game now sits only at the 23rd spot of the most played Xbox games according to Microsoft's own store, which is even more shocking when you consider that the first Titanfall was an Xbox console exclusive.

Finally, you know there's something wrong with the sales of a product when its price is cut substantially in a short time after its launch. Just three weeks after its debut, Titanfall 2 can now be purchased for almost half price on multiple platforms and it's not even Black Friday yet, when prices might get even lower.

The standard edition and the Deluxe Edition are already 33% off by default, but you can add another 20% discount by using the code TITAN20. This will bring the price of the standard edition down to $32.99/€31.94/£26.65, effectively half of the original launch price. You can use it to buy the Deluxe Edition and get the very same discount, by the way.

The good news is that players can get their hands on a new and remarkable game at a significant discount. The bad news is that even if lots of fans decided to purchase the game all of a sudden with this lowered price, Titanfall 2 sales would be unlikely to pick up in terms of revenue. There's also the fact that Respawn promised additional post-launch maps & modes to be free, so they cannot hope to recuperate there either.

We recently reported on an interview Vince Zampella had with Glixel. This is an excerpt regarding the likelihood of another Titanfall game.

We don't know yet. The game is, critically, a huge success. We're really happy with all the reviews and the positive sentiment. Sales, it's too early to tell. We'd definitely like to tell more of the story and the universe. I think it's pretty safe to assume that we'll explore more of it. EA might have announced more. Devin?

[Devin Bennett, a publicist for Electronic Arts, interjects, "What we've said is we're committed to the franchise."]

So, whatever the fuck that means.

Meanwhile, Respawn will be working on a third-person action game based on the Star Wars IP (which already guarantees a huge amount of sales on its own).