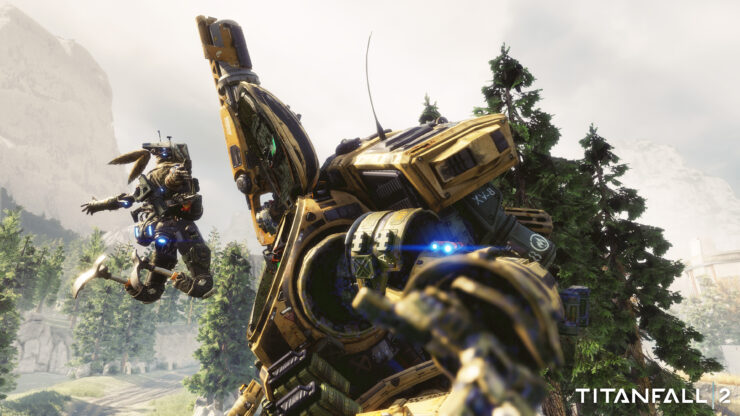 Titanfall 2 is out today, following up Respawn Entertainment’s hit 2014 mecha first-person shooter with an improved multiplayer experience and a spanking new full-fledged single player campaign mode. While the game launched to a large eagerly awaiting fan base, and is getting strong reviews from both critics as well as players, Electronic Arts might be in for a blow. The latest FPS from ex-Call of Duty developers is set to be a disappointment in terms of sales, according to Cowen & Company, a company dedicated to the investment management and market research.

Titanfall 2 sales are going to be "substantially disappointing," Cowen & Company said in its report today, ahead of Electronic Arts’ earnings briefing next week. They are expected to be bad enough to offset how strong Battlefield 1 is expected to be, notes GameSpot. The research firm estimates sales of the just-launched shooter to be in the 5 million to 6 million range. This is a drop from the firm’s previous 9 million forecast. The quality of Titanfall 2, Cowen & Company points out, isn’t the problem, but the launch timing is not the best.

"We think the game got squeezed between Battlefield 1 and [Call of Duty: Infinite Warfare]," the report stated. "We suspect EA believed that by launching two shooters next to Call of Duty it could put a large dent in its biggest competitor, but instead EA appears to have wound up shooting its own foot off."

On the other hand, Andrew Wilson, CEO of Electronic Arts, said earlier that Titanfall 2 and Battlefield 1 serve different types of shooter games players, allowing EA to broadly cover the genre. "[Shooters are] a giant category in our industry, $4.5 billion, there's a very broad and diverse set of players who are looking to fulfill different gameplay motivations," Wilson said back in May. "Some people play very quick play, some people play more strategic, some people want both in different context."

For Battlefield 1, things seem to be getting even better, as Cowen & Company has pushed its initial sales projections of 14 million units sold to 16.5 million. Battlefield 1 and Titanfall 2 had a gap of one week only in their launch schedules; the former was released last week on October 21, while the latter, as mentioned above, was made available to all today. We will have more on the topic once full breakdown Electronic Arts’ earnings report is out next week, so keep checking back here.