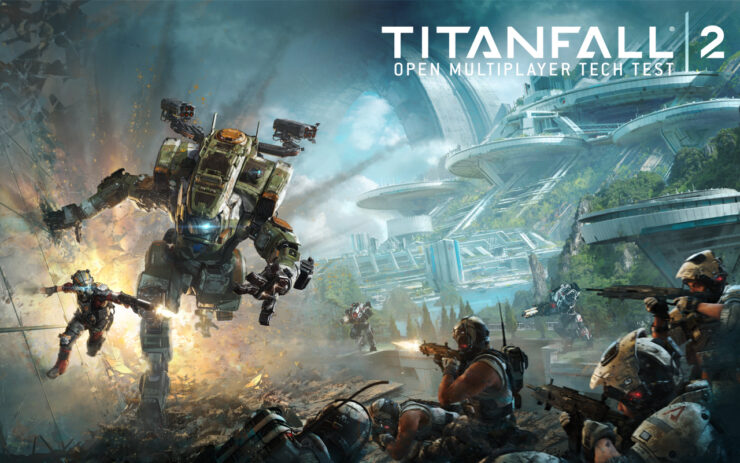 Titanfall 2 is Respawn Entertainment’s next big game. Unlike its predecessor, the upcoming mecha first-person shooter game will feature a separate full-fledged campaign mode, and it will also introduce the franchise to Sony’s PlayStation 4 as it releases later this year in October for PC and consoles. While those who prefer to play on PC will have to wait, console players can jump right into the game this very month via an open multiplayer technical test that the developer will be holding across the next two weekends.

Respawn Entertainment is doing a Titanfall 2 multiplayer technical test “to satisfy an engineering goal” set by the team. The tech test will kick off this weekend on Friday, August 19, and will run on the next weekend as well. It will be open to all on PlayStation 4 and Xbox One consoles. The tech test, as previously explained, won’t be coming to PC due to a couple of reasons; the first one being hardware variety across the platform, and the second one is fear of leaks via data mining the beta files.

Bounty Hunt (5v5): A brand new mode that pits Pilots and their teammates against an opposing team as well as the Remnant Fleet. Earn bonuses by killing grunts and enemies, but make sure and deposit all your points at the bank between waves without getting killed.

Pilots vs. Pilots (8v8): Players can be the best Pilot on the Frontier and put their combat and mobility skills to the ultimate test in this classic 8 vs 8 Pilots only mode.

Boomtown: A secret underground IMC facility where the latest in R&D is put to the test. In this facility Pilots can use the many peaked roofs to use as cover against combatants below. With tight lanes through the middle, Titans can also be easily ambushed.

Homestead: The IMC have claimed Eminent Domain on a small commune's plot of land. With a series of raised, rocky plateaus and a river running down the middle, Pilots are mostly safe from Titans among the rocks and trees but they also can duck into the caves and building when needed. However, the Titans control the large rolling fields.

During the second weekend, which starts from Friday, August 26, of the Titanfall 2 open multiplayer technical test, players will be able to enjoy a brand new game mode and map in addition to all the content from the previous weekend. Official details shared below.

MODE - Amped Hardpoint (6v6): A new twist on Hardpoint Domination from the original game; now defending a Hardpoint will let you amp it, giving your team double score. Team work is the key to securing victory.

MAP - Forward Base Kodai: Militia forces have taken over an IMC substation and set up a forward operating base. Pilots can find safety from Titans in the hallways and chambers of the main building, while Titans can walk over the roof to get a better view of the action.

That’s not all, Respawn Entertainment states that during the Titanfall 2 open multiplayer technical test, “fans will have access to two all-new Titans: Ion and Scorch, as well as a range of Pilot tactical abilities including Grapple, Holo Point, and Pulse Blade.” In addition, a variety of weapons will also be available for fans to try out; these include “a deadly horizontal spread shotgun known as the Masttiff and the Alternator, a dual-barrel SMG.”

Titanfall 2 will launch worldwide on Friday, October 28, 2016 on PC, PlayStation 4 and Xbox One. Pre-orders for the game are already live at Titanfall.com.