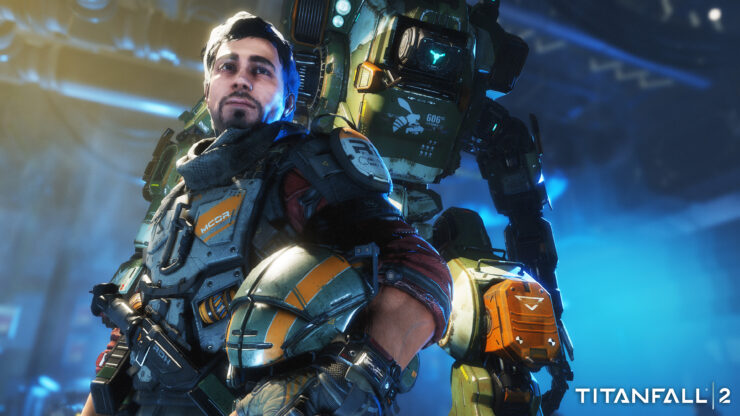 Titanfall 2 is scheduled to hit the shelves in a couple of months, and if you are concerned about the mecha first-person shooter’s frame rate and resolution, Respawn Entertainment would like you to know that the team is doing everything in its capacity to achieve the target of stable 60 frames per second and low latency in both single-player and multiplayer modes of the game on PC as well as consoles. The final native resolution of the game, however, has not been finalized yet, as the studio is still working towards improving it.

Ahead of the first Titanfall 2 multiplayer technical test starting this Friday on PlayStation 4 and Xbox One consoles, Titanfall 2 Art Director Joel Emslie talked to DualShockers at Gamescom about frame rate and resolution that the upcoming sequel will sport. Emslie revealed that Respawn Entertainment is aiming to achieve a solid 60 frames per second mark with low-latency on all platforms, and that this is a “huge goal” that the team has set.

It was also confirmed that the studio is working to keep the frame rate the same on both single-player and multiplayer modes. This is important because of course, shooter games deliver better, smooth experience with higher frame frequency, but some games offer 60 fps in multiplayer mode only. Uncharted 4: A Thief’s End’s multiplayer, for example, runs at 60 fps while single-player mode is only 30 fps.

As for the resolution of the game, Emslie said that it is something the studio is currently working on. He explained that Respawn is currently putting the “finishing touches on some features that could help with resolution,” but the team is not yet ready to talk about final numbers because it is not sure if what it has would prove to be fit for a smooth gameplay experience. 60 fps, as stated before, remains the priority.

DigitalFoundry recently did an analysis of the PlayStation 4 version of Titanfall 2’s pre-alpha multiplayer technical test. The results revealed that the game currently runs at a resolution of 900P (1600X900), and does indeed target 60 frames per second mark. Frame rate, however, is not stable right now and can drop down to 30 fps in some cases. You can watch the analysis video and read more about it here.

Titanfall 2 will launch worldwide on Friday, October 28, 2016 on PC, PlayStation 4 and Xbox One. Pre-orders for the game are already live at the game's official website.