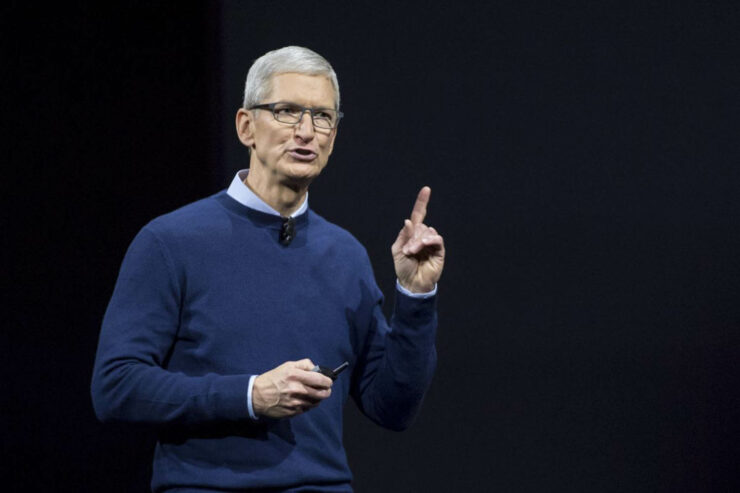 With Apple’s Design Chief Jony Ive having departed from the company, WSJ came out with a report implying that the company CEO Tim Cook had a different vision for the technology giant as opposed to Ive. Slamming the publication, Tim Cook responded to the WSJ, saying that the report was ‘absurd’ and details of the text didn’t match what was really going on.

Responding to an email to NBC News, Tim Cook stated the following regarding the report.

“The story is absurd. A lot of the reporting, and certainly the conclusions just don’t match with reality. At a base level, it shows a lack of understanding about how the design team works and how Apple works. It distorts relationships, decisions, and events to the point that we just don’t recognize the company it claims to describe.”

WSJ’s report said after Tim Cook became CEO of Apple, Jony Ive’s relationship with the company’s executives started to strain. With Ivy still maintaining his position as Design Chief, it was reported that his salary package was outstandingly lucrative, which might have upset the other executives. The report also said that Tim Cook had little interest with the design process of the product, to which the CEO also said a little something about the team involved with how the final product looked.

“The design team is phenomenally talented. As Jony has said, they’re stronger than ever, and I have complete confidence that they will thrive under Jeff, Evans, and Alan’s leadership. We know the truth and we know the incredible things they’re capable of doing. The projects they’re working on will blow you away.”

In a separate report from Bloomberg, it stated that Ive started stepping back from his responsibilities ever since the launch of the first-generation Apple Watch. He made himself a personal studio in San Francisco, where he spent most of his time working, and he would only commute to Apple headquarters a few times a week. This might provide evidence that he was tired as a result of extreme fatigue, as he had dedicated nearly three decades to a company.

An interview from half a decade ago revealed that Jony Ive said he’d leave Apple if the company stopped innovating. Even, now, Apple’s products exude some of the best designs in the industry, but its competitors have caught up considerably in that regard. Now with CEO Tim Cook responding to WSJ on their report concerning Jony Ive, in what manner do you think things will go about? Tell us your thoughts down in the comments.