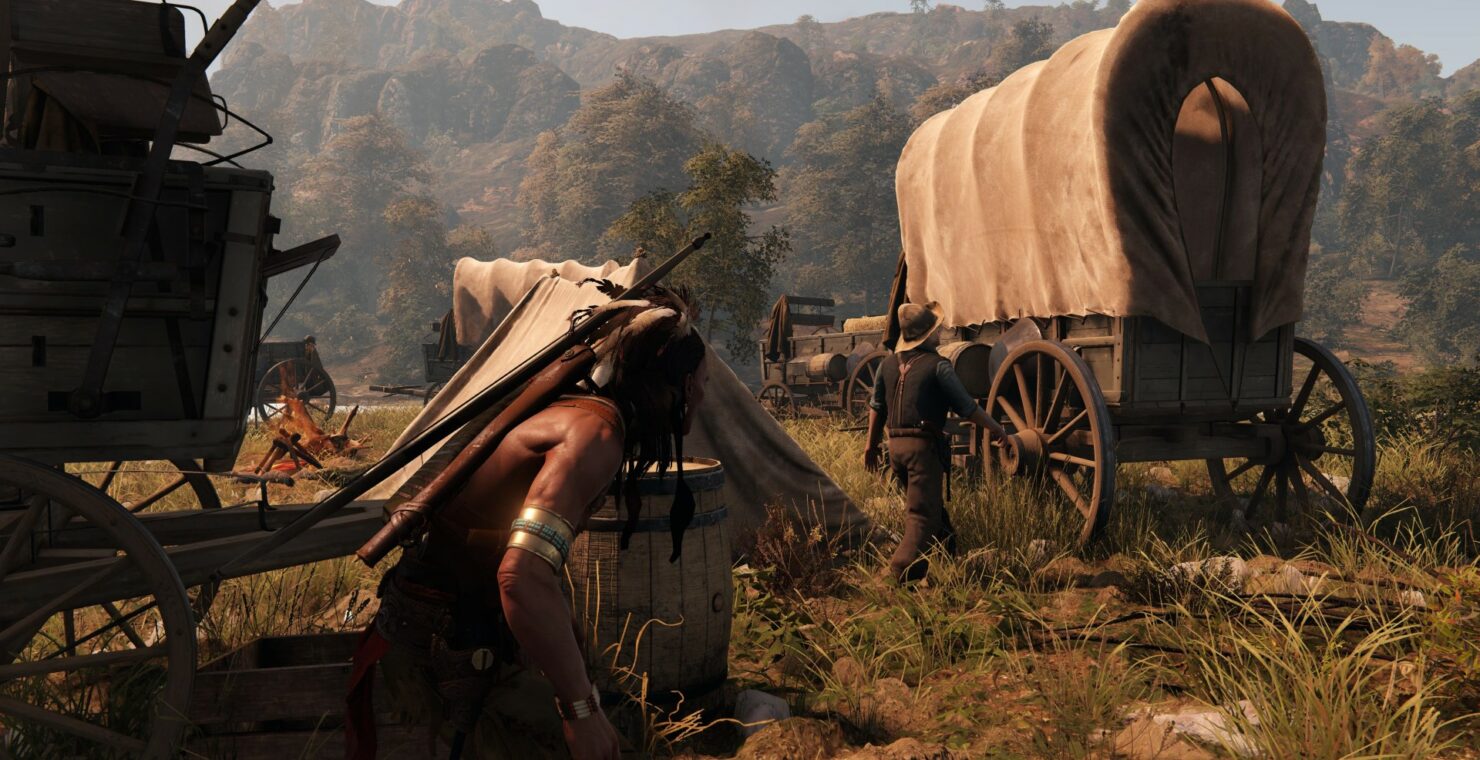 There aren't that many Western themed games out there, though Rockstar's highly anticipated Red Dead Redemption 2 is now just about three months and a half away from being released.

There are even less Western themed games in which players get to play as the Native American populace. In fact, we can't remember any of those, though feel free to point in the comments potential titles fitting the criteria.

This Land Is My Land, in development for PC, may be one of a kind, then. Presented on the official website as an "open world stealth action game" featuring a "living, hostile environment that evolves over time" regardless of the player, This Land Is My Land is being made by Russian studio Game-Labs, known for the strategy games Ultimate General: Gettysburg and Ultimate General: Civil War as well as the more recent Naval Action, a sandbox MMO.

You can find the official website here, which currently lists the following features.

There are multiple ways to achieve your objectives. In addition to that, every playthrough will be unique because the world will change every time you restart the game.  Cities will grow differently, camps will develop in altered places, and patrols will take new routes.

Your beautiful world has changed - incoming settlers are leaving no place for you. You have to be prepared and actively fight against it if you want to take back your land. The maze is real and something dangerous and exciting will always surprise you on every step and behind every corner.

Game mechanics will treat you as an intelligent adult who can make smart decisions to overcome our cooperative AI, that intelligently reacts to threats and changing surroundings.