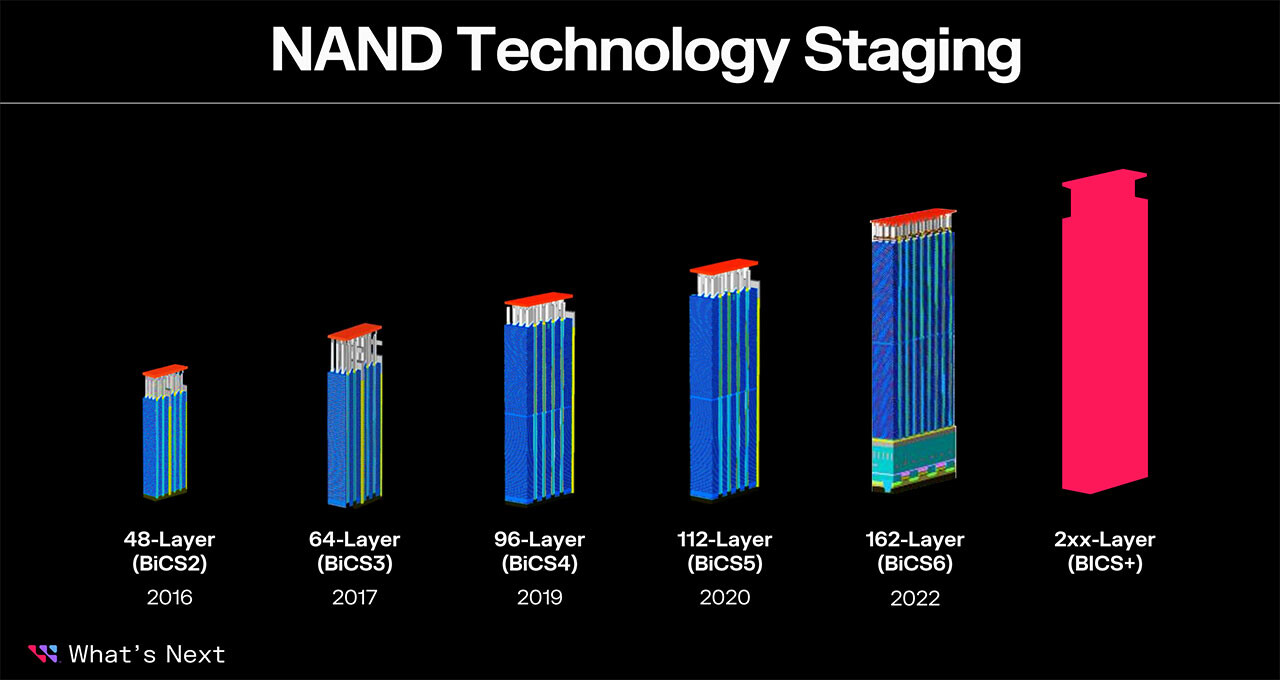 Western Digital has announced its collaboration with Kioxia to manufacture a 162 Layer NAND using a process technology called bit column stacked or BiCS NAND. This process allows for the drive to allow for 162 layers placed on a single NAND flash.

Readers should note that the two companies provide the same capacity NAND chips as other companies. With die size being smaller than other manufacturers, the two companies stand to be advantageous by providing more dies per wafer area.

During WD's presentation at their investors' conference, the company revealed a single wafer capacity that is much larger than its previous offering, increasing the size from 70TB to 100TB per wafer from 2020 to the present. The company proclaims to offer the best charge trap cell worldwide, guiding to enhanced performance above other competitors. The above slides show a 20 MB/s increase over other companies at 60MB/s compared to 40 MB/s. Both Kioxia and Western Digital exclaim that the investment towards raising the compacity was much less. Still, the market shows differently, displaying that the two companies are struggling to keep up with the competition on the number of stackable layers produced.

However, with WD and Kioxia looking to create a BiCS+ NAND flash, which will offer 200-layers by 2024, Micron would need to come up with similar within the next few years. WD and Kioxia's multi-year plan will reach as far as 2032, and they hope to offer a 500-layer NAND flash by that time.

Enterprises will utilize the foremost BiCS+ NAND by WD and Kioxia in the data center segment. WD contends that the technology's first product will witness a sixty percent increase in data transfer speeds, a fifteen percent growth in program bandwidth, and a fifty-five percent jump in bit growth per wafer above current BiCS6 NAND chips.