Eidos Montreal's rebooted stealth video game Thief finally launched on Microsoft Windows, last-gen and current-gen consoles earlier this week. Development work on Thief started as early as 2008 but the game went through several postponements because of numerous redesigns and staff switch-ups. Thief PC vs PS4 vs Xbox One video comparison shared below highlights the differences between all three versions of the game. 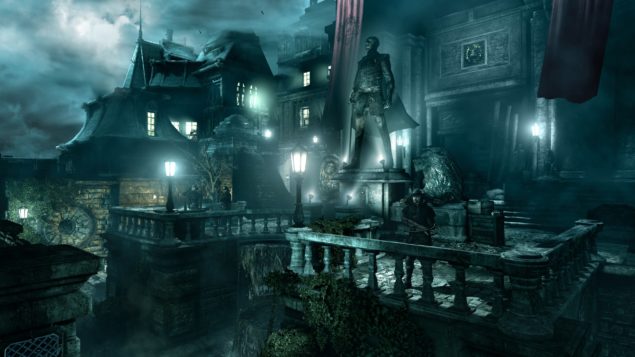 Thief is one of the games that is effected with resolution-gate issue on next-gen consoles. While both version being locked at 30fps, PlayStation 4 version of the game runs at full HD native 1080p resolution whereas the Xbox One version runs at native 900p and is upgraded to 1080p.

However, the dropped pixel tally on Xbox One is not a major issue and it slightly influences the comparison chart. The use of high quality FXAA post-processing on both next-gen consoles has lessened the graphical differentiation between both versions. Thief runs on Unreal Engine 3 and as promised by the developer, the game's environments and texture resolution remains basically consistent across PlayStation 4, Xbox One and PC versions of the game.

Looking at Thief PC vs PS4 vs Xbox One video comparison, it is hard to point out any major difference between PlayStation 4 and Xbox One versions of the game but the PC version is slightly more detailed. In PC vs PS4, The PC version of Thief has better lightning but everything else is basically equal. However PC version of the game has better texture streaming. In the beginning of a new chapter, next-gen consoles have to struggle to load up areas quickly while in PC, this is not a problem. Below is Thief PC vs PS4 vs Xbox One video comparison, courtesy of YouTube user PCGames.

Thief's PC vs PS4 vs Xbox One video comparison clarifies prominent distinctions between all three versions of the game. The game on PlayStation 4 and Xbox One version has slightly less impressive frame rates which cause shutter when moving. Overall, aside minor differences between native and upscaled version, the Xbox One version of the game performs similarly to the other two versions. In PC vs Xbox One, the most eminent difference is of brightness and contrast. Below is another comparison video by CramGaming that puts Xbox One version of game next to PC version.