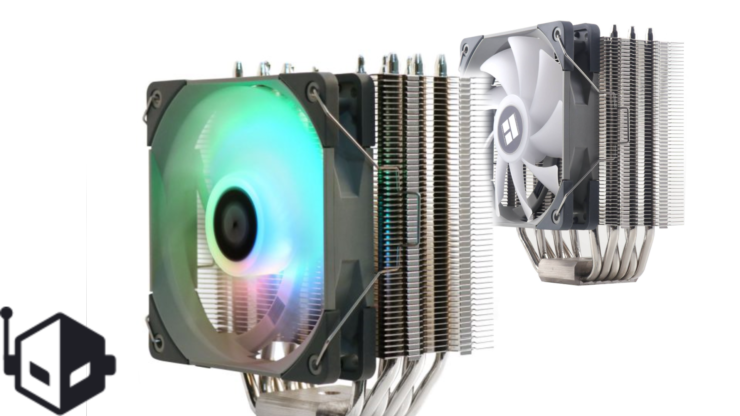 Thermalright has announced the Venomous Plus CPU Cooler that features a re-take on the over 10-year-old Venomous X CPU cooler and is designed to handle thermal loads of up to 240 watts. It features a tower-type design and comes with a TL-C12S 120 mm fan to move the heat away from the CPU base; this CPU cooler utilizes six 6 mm-thick nickel-plated copper heat pipes. Sadly, Thermalright has yet to announce any pricing information or when this CPU cooler will be available to purchase.

The newly announced Venomous Plus CPU cooler is a redesign of Thermalright's Venomous X CPU cooler. This redesign has increased the cooler's thermal capacity, which now features a maximum thermal capacity of 240 watts. This cooler features an aluminum fin-stack design which is cooled by a single TL-C12S 120 mm fan. This fan features a maximum speed of 1,500 RPM and can push up to 66.17 CFM of airflow. This fan at the maximum speed creates 25.6 dBA of noise, and this lowered noise level ensures that quiet gaming environments will stay quiet even during longer gaming sessions.

These specifications ensure that the heatsink is adequately cooled even during high workloads for an extended amount of time. This aluminum heatsink features a total of fifty-one fins and features a total weight of 660 grams.

This CPU cooler features a CPU plate that makes indirect contact with the CPU's integrated heat spreader. This CPU plate features a mirror-finish and has six heat pipes connected to move the heat away from the processor quickly.

For RGB lighting, this cooler features ARGB illumination through the impeller hub. The RGB lighting is then shown through the clear fan blades, and this RGGB lighting is controllable through a motherboard's RGB software. This CPU cooler offers support for both AMD and Intel sockets, and these sockets include the AM4 socket and Intel 115x, 1200, 2011, and 2066 sockets.

Thermalright has yet to announce when this CPU cooler will be available for purchase or the CPU cooler's price.