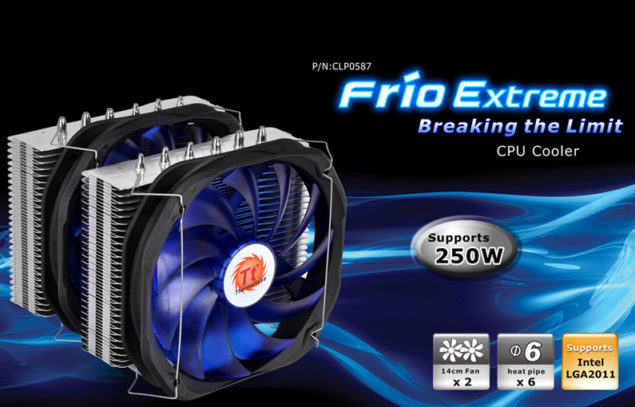 Thermaltake, the leader and pioneer in PC thermal solutions, a worldwide designer and supplier of high-performance components to the PC gaming hardware market, with “delivering the perfect user experiences” as our mission and carrying the corporate vision of “building Thermaltake Technology into a cultural brand for the enjoyment of entertainment, e-Sports, technology and lifestyle.” Today will be releasing the long anticipated Frio Extreme CPU air cooler who made its debut earlier this year at the world second largest IT exhibition, Computex Taipei. Frio Extreme is determined to be the highest standard of Frio series that could offer to overclockers and enthusiasts.

Thermaltake Frio Extreme made its first appearance in June this year at the Computex Taipei which has surprised the consumers with a maximum cooling capacity of up to 250W. In order to sustain the essence of the name Frio for overclockers and enthusiasts, Frio Extreme is structured with six 6mm high-efficiency copper heat-pipes to speed up heat conductivity, mirror-finished copper base provides an absolute contact to the CPU, dual specialized heat-sink towers enhanced airflow, 0.4mm aluminum fins and a pair of 140mm blue-blade fans allow a rapid thermal dissipation.

The Frio Extreme is built to have high performance with controlled noise level, a combination of VR and PWM function fan controller has been implemented. The controller is able to control both of the 140mm fans speed between 1200RPMs and 1800RPMs upon enthusiasts’ preferences. Furthermore, the tool-less and easy installation fan module design grant instant disassemble and assemble of the fans. The universal all-in-one designed back-plate will support all Intel and AMD platforms, as well as it will seamlessly fit on the lasts Intel LGA 2011 socket, Frio Series guarantee to deliver the broadest processor compatibility.

Frio Extreme is the first CPU air cooler in the world that has implement dual fans VR and PWM control to deliver performance and peace for overclockers and enthusiast at the same time. 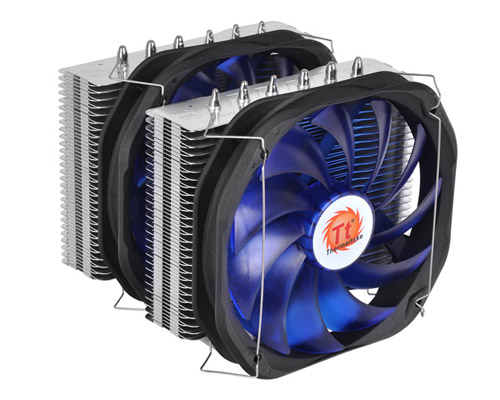 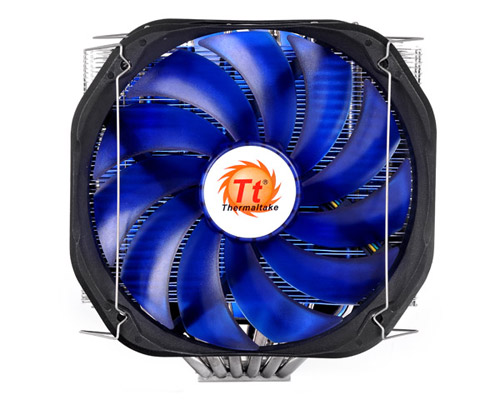 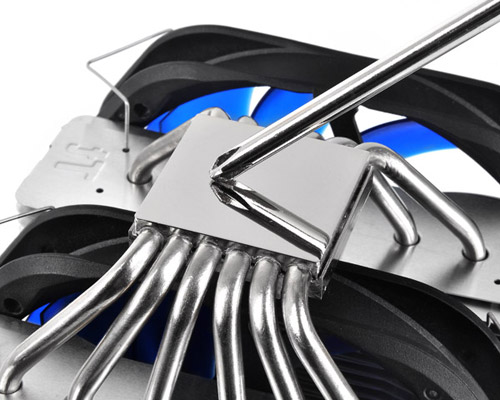