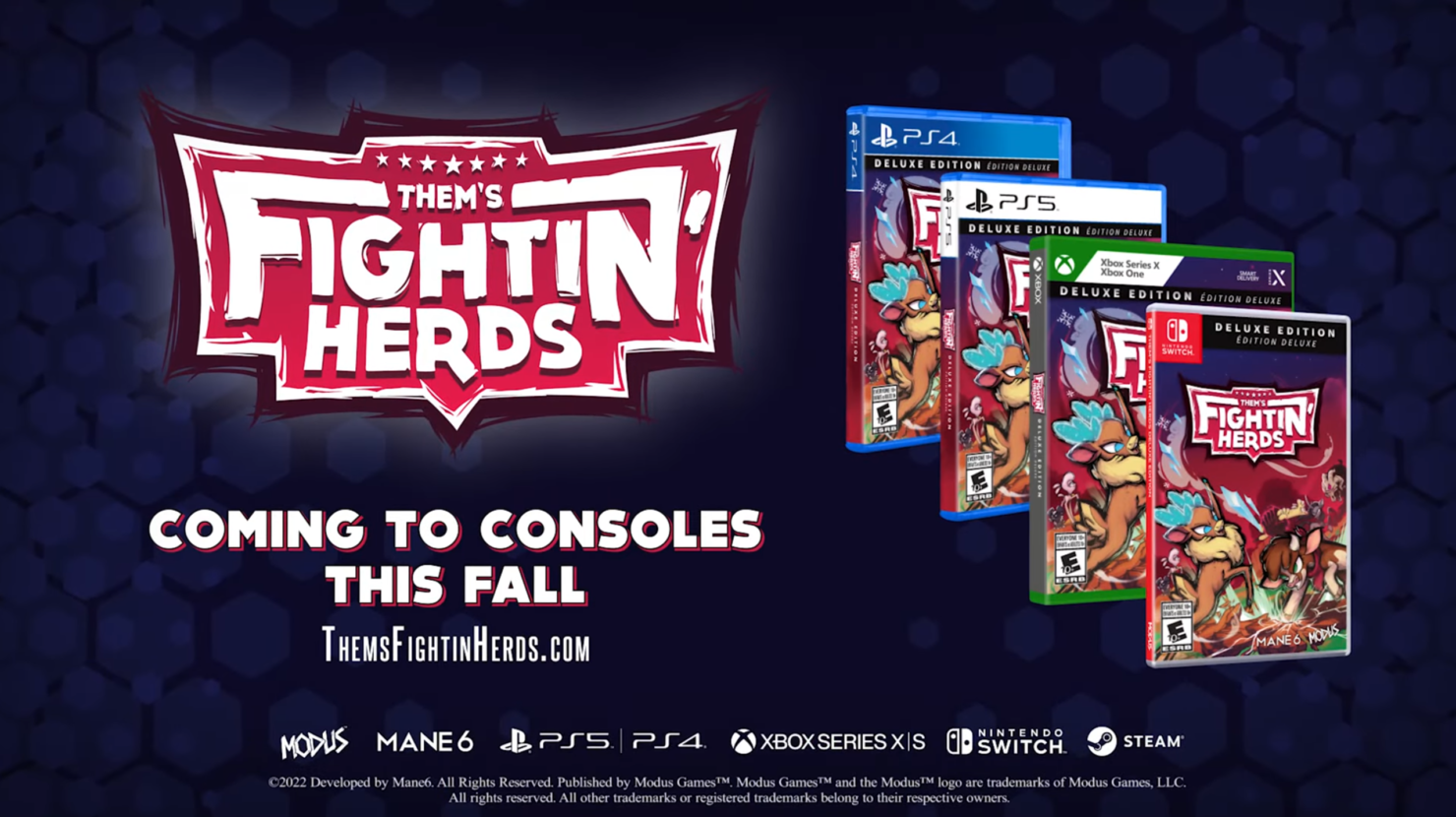 Them’s Fightin’ Herds is a fighting game that doesn’t get talked about as much as, say, Guilty Gear Strive, but is still a pretty competent title in its own right. When it comes to updates and content, the game’s had a steady stream of updates, including DLC character Shanty, Story Mode, DLC colors, and more.

Today, developer Mane6 and publisher Modus Games have a rather big announcement regarding other versions of the game. "Other versions", you may ask? Well, coming to digital retailers near you, Them’s Fightin’ Herds will be released on consoles this Fall, with a brand-new announcement trailer to boot. You can watch that trailer below.

Them’s Fightin’ Herds was originally a Steam Early Access title back in 2018. The game reached an official “launch” state two years ago, in 2020, receiving updates since. This game is one of the fighting game community's underdogs and brought a lot of new and innovative things to the genre like dynamic music while spearheading the future of Online matchmaking with rollback integration.

Season Pass 1 will be purchasable separately for Steam users and other digital users, as well, and the base game will be priced at $19.99. As for what platforms Them’s Fightin’ Herds will be jumping to, well, that’ll be Nintendo Switch, PlayStation 4, PlayStation 5, Xbox Series, and Xbox One. An exact date is currently unknown, but we’ll update when we find that out

Them’s Fightin’ Herds is currently available now on PC via Steam. The game will be released later this year on PlayStation 4, PlayStation 5, Xbox Series, Xbox One, and Nintendo Switch.