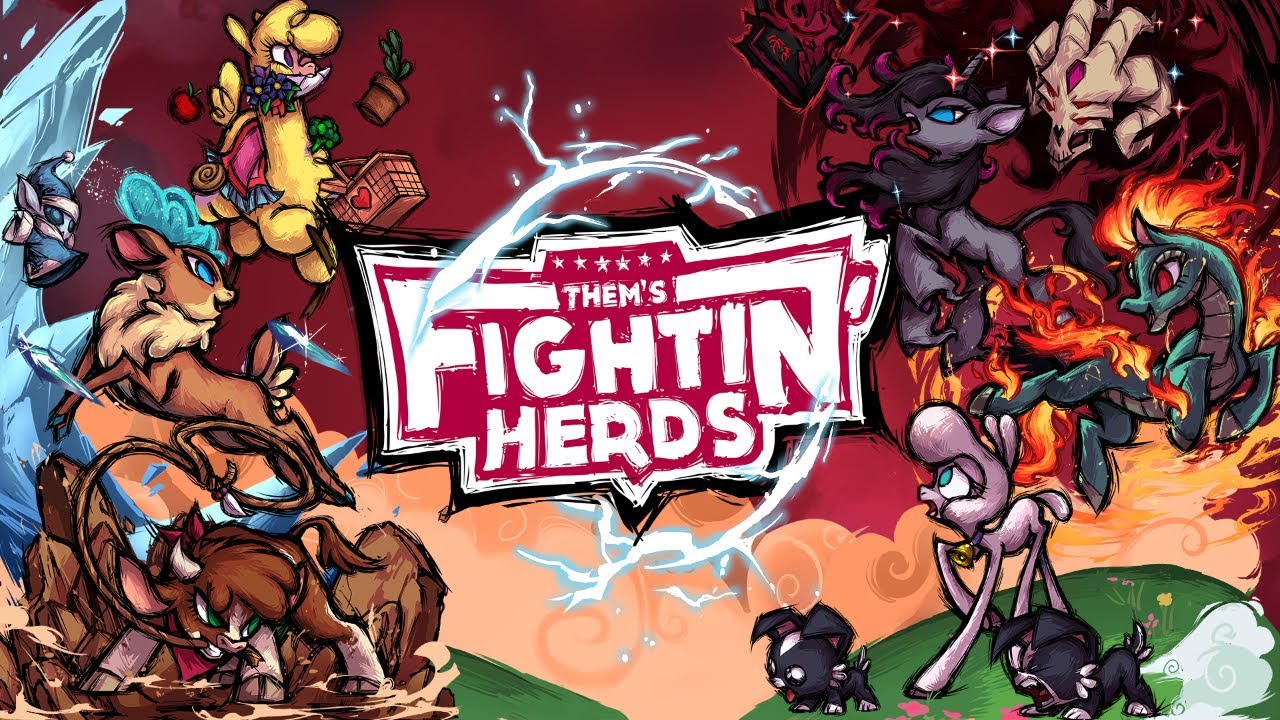 On Steam, players have access to a fighting game known as Them’s Fightin’ Herds. It’s a fighting game that’s been on Steam since Q1 2018, and has players take control of one of seven animals, each with their own unique mechanics, special moves, and movement tools. This game gained an honorable mention spot in our Best Fighting Games of the Decade list. In the middle of last year, the game got its first DLC character in the form of Shanty, who’s available to purchase for $4.99.

Given that it’s been exclusively on Steam as a storefront and nothing more, and has had its public Discord server with hundreds of users, the community for Them’s Fightin’ Herds has been relatively secluded, platform-wise. However, the Electronic Software Rating Board (more commonly known as the ESRB) had rated Them’s Fightin’ Herds on PC… along with PS5, PS4, Xbox Series and One, and Nintendo Switch.

The description for Them's Fightin' Herds according to the ESRB listing is as follows:

This is an action game in which players assume the role of a pony-like character battling evil forces. Players explore dungeon locations, search for an artifact, and encounter cartoony enemies (e.g., wolves, snakes, bears) to fight.

Battles are presented as stylized one-on-one fights, with animal characters punching, kicking, and using special moves (e.g., lasso toss) to deplete opponents’ health bar. Fights are highlighted by impact sounds, light effects, and cries of pain. Among dozens of items, players can obtain fermented grape juice and a bottle of champagne; costume items include cigarettes/pipes with wisps of smoke.

Fighting games and what platform they reach is something that’s worth talking about. A lot of fighting games seem to skip the Microsoft side of things more often than not lately, and whatever is on there is very outdated, Xbox players are essentially starved minus exclusives and old patches of some games.

The news of Them's Fightin' Herds' rating means that this game may be planned to be released on almost everything out right now, barring other PC storefronts and Stadia. The development team at Mane6, though, hasn’t provided a concrete release window for other platforms.

In fact, this hasn’t been revealed by the development team at all nor by the game's current publisher Modus Games. This ERSB listing is essentially saying that other platform versions exist after all, which is neat. Given the PC release’s current state, it could be assumed that the console versions may release sometime this year. We’ll continue to update if more information for the game’s newer versions is revealed.

Them’s Fightin’ Herds is available now on PC via Steam. Currently, the unannounced versions for PlayStation 5, PlayStation 4, Xbox One, Xbox Series, and Nintendo Switch may be announced in the future.