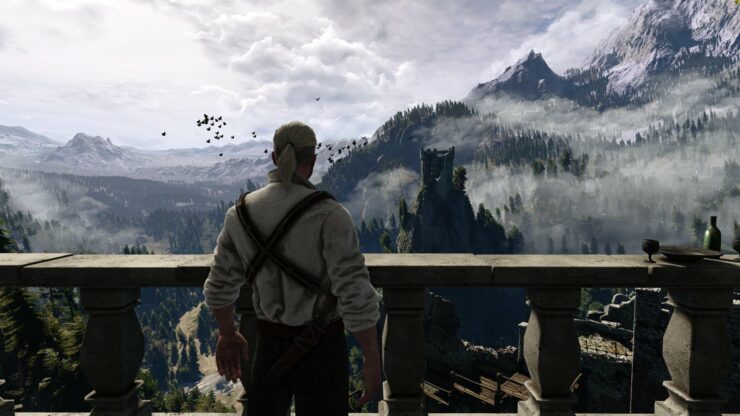 Yesterday, The Witcher 3 received a brand new update which introduced Simplified Chinese Language support. The update, sadly, also broke some mods, but thankfully it's now possible to roll back to the previous update to make them work again.

Moon and Corvah recently shared on Nexus Mods the 1.32 to 1.31 patch, which re-enables mods and the debug console. After installing the rollback patch, mods that modify files in The Witcher 3 \bin\config have to be re-installed. This patch also only works for the Steam version, as the GOG release has yet to be updated.

[The only changes in 1.32 is a chinese translation. Unless you want to play the game in chinese reverting back to 1.31 will do nothing for gameplay.]

This mod removes and replaces all the changes made in the 1.32 update that came out today (2018/11/06) for those people who have had issues with it or want to use the debug console with 1.32.

This mod is a must if you want to use the free cam with version 1.32.

This mod is only needed for the steam version of the game since the GOG version has yet to be updated.

Tested and working on both the GOTY and non-GOTY edition of the game.

The latest entry in The Witcher series is Thronebreaker: The Witcher Tales. The game is not a follow-up to The Witcher 3, as its sets during the novels. Nevertheless, it's an excellent game that no fan of the series should pass on.