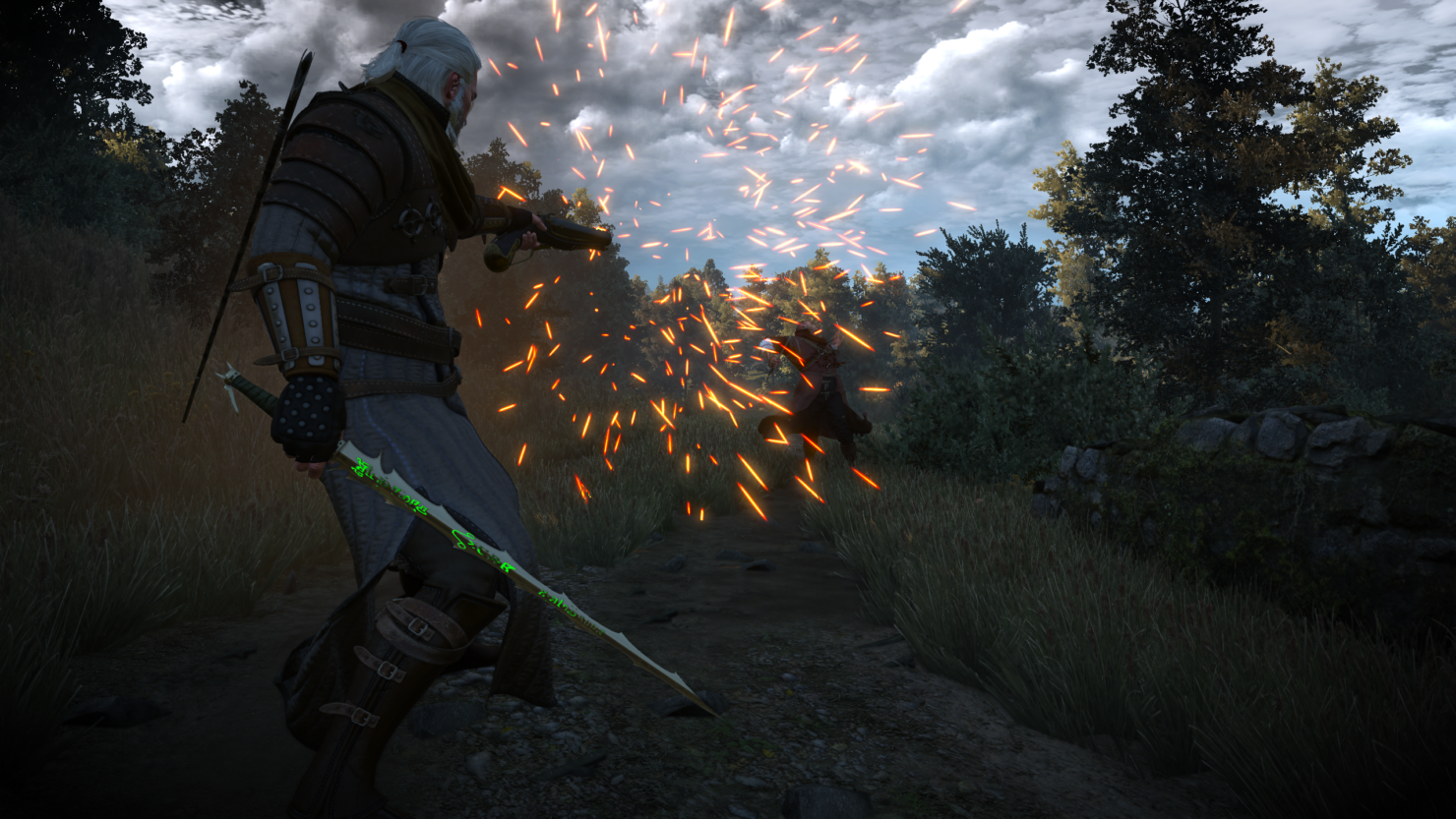 A new The Witcher 3 mod that has been released recently introduces full-functional firearms to the game.

The new mod brings 10 firearms as an alternative ranged weapons. The weapons are powerful, but their usage is limited by ammo.

Welcome to Firearms! This mod adds a variety of flintlock pistols as a ranged weapon alternative for crossbows. There are currently 10 guns available and 7 types of ammunition at 3 tiers (that's 21 total & 27 if you include silver bullets!). Firearms as a mod has been designed to offer a different combat style, allowing you to use your ranged weapon for damage. Whilst guns are powerful their usage is limited by ammunition.

While adding new combat options, The Witcher 3 Firearms has been balanced so as to not replace the use of swords.

Gameplay tips
> If you start aiming a shot or are out of ammunition, pressing the jump key will holster the weapon and return you to a mobile state.
> Game difficulty alters enemy health and so the amount of damage you can do to them. Selecting appropriate ammunition for a fight has more of an impact on higher difficulties.
> The mod has been balanced as to not replace the use of swords, firearms are instead better used as a 'finisher' type weapon.
> Firearms cannot be used underwater.

The Witcher 3 Firearms mod can be downloaded from Nexus Mods.

There's no better time to enjoy The Witcher 3 on PC complete with mods than this month. The GOG version is currently available for free for owners of the Steam, Origin, Epic Games Store, PlayStation 4, and Xbox One versions. The offer will end today, so make sure to claim your free copy if you haven't already.