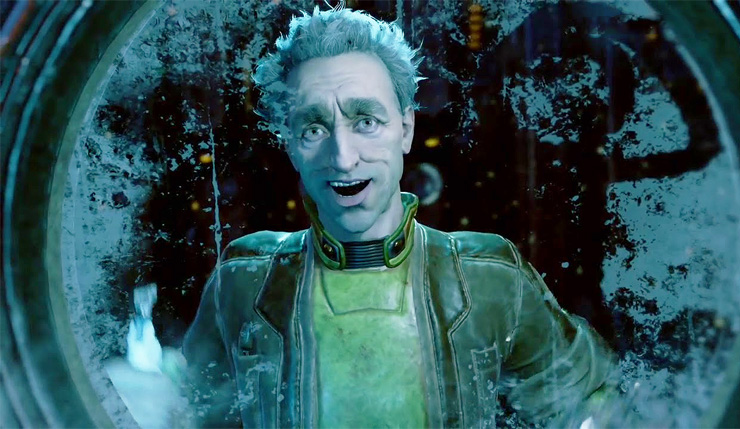 A lot of big games were unveiled last night at The Game Awards, but Obsidian’s new sci-fi RPG The Outer Worlds arguably stole the show. Led by original Fallout creators Tim Cain and Leonard Boyarsky, The Outer Worlds looks more than a bit like it, albeit with a interplanetary sci-fi twist.

Of course, you can only glean so much from a quick awards show trailer. Thankfully, Obsidian has shared a nice 15-minute chunk of gameplay with Game Informer. We get a look at a bit of exploration, dialogue, and even a bit of action, and I have to say, the game is already looking quite polished. You can check out the footage, below.

Here’s a few more details about The Outer Worlds courtesy of Obsidian:

In The Outer Worlds, you awake from hibernation on a colonist ship that was lost in transit to Halcyon, the furthest colony from Earth located at the edge of the galaxy, only to find yourself in the midst of a deep conspiracy threatening to destroy it. As you explore the furthest reaches of space and encounter various factions, all vying for power, the character you decide to become will determine how this player-driven story unfolds. In the corporate equation for the colony, you are the unplanned variable.

Obsidian was recently acquired by Microsoft, but this game won’t be published by them. Instead, it’s being handled by Take-Two Interactive’s indie label, Private Division.