Developed with unmitigated efforts by Ready at Dawn and SCE Santa Monica Studios exclusively for the PlayStation 4 console, The Order: 1886 rolled out into the local market today on the 20th of February, and correspondingly, the reviews for the game have started to emerge online (Ours will land shortly) in great numbers actually and there are just two extremes to them and no middle point in which either of them agree upon. So naturally, such reviews released have confused gamers intending to buy the game and now gamers don't know what to do. So I will basically sum up the different reviews from popular sites and sum it all up for you so that new gamers intending to buy the game can make a more informed decision about the game. 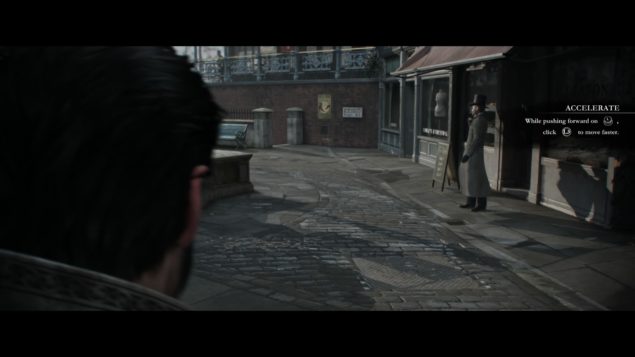 The Game Has Had Everything Up Until Now

This goes without saying that the anticipation for the game, The Order: 1886 has been very high up until now with each major site filled with news about the game making the gamers more and more interested in the game. And what the negative reviews are doing is that basically they destroy all good reviews because generally as human beings we are risk averse. And being risk averse, when we hear something negative about a subject, we don't usually take the risk of buying the game as we don't want to waste our money. And all the good reviews are ignored. And that's not very fair, because someone just ruined a game on which the developer spent hours, days and months developing it.

The Order: 1886 Under The Microscope

Okay, lets start our look at the mixed reviews for the game:

Lets Start from IGN as it is mostly the place for gamer to back up their buy and nots. The Order: 1886 in IGN's review scored a 6.5 out of a total of 10. The score was categorized as 'Okay', mainly because the game was gorgeous but limited a gamer's freedom.

"The basic conflict at the heart of The Order: 1886 is that considerations for a cinematic approach are prioritized above the needs of basic gameplay. Its best aspects are its stunning looks, atmosphere, and style – which are truly fantastic – and entertaining fiction. But the shallow, slow, and generic quick-time event-riddled gameplay make it feel like an experience that would've been better served by a non-interactive movie than a game. With no multiplayer, and no reason to revisit the short and stunted single-player campaign once it’s been completed, there just isn't a lot to it."

Well that probably sums it up so we'll move on to the next review.

The game Score a 6 out of 10 again on Trusted Reviews with a more or less similar review where the Pros have been listed as Unbelievable graphics, Compelling though cliche-packed story, Solid shooting with some brilliant weapons. And the Cons have been listed as Too reliant on quick-time events, Frustrating insta-fail stealth, Restrictive and unimaginative gameplay.

"A stunning graphical showcase that can’t hide a so-so game. The Order: 1886 has a great premise and a decent, albeit clichéd narrative, but the cost of its cinematic values comes in restrictive gameplay, mediocre shooting and an over-reliance on quick-time events. It’s a fantastic looking game with which to show off your PS4, but it’s too short and too unimaginative for its beauty to be anything more than skin-deep."

Lets look at another review by Kotaku which is basically a negative remark passed by the reviewer. This is the first actual negative review I am hosting, the others were more or less neutral ones. The author took the game apart one by one and the first paragraph says it all:

"The PlayStation 4's newest action game is a dull and lumbering thing. It's a brief, drab adventure starring a group of characters who all seem to dislike their lives and one another, and if it managed a single new gameplay idea over the course of its runtime, I didn't catch it. The Order: 1886 is one of the most depressing games I've played in a while."

In the following paragraphs the games story was criticized on the point that it doesn't have any twist and does not shy away from the baseline and the result is a boring game. The shooting has been described as uninteresting where the author says that the game's shooting was limited to crouching behind a table and shooting a dummies and the game doesn't have room for creativity and improvisation. The melee combat was defined as:

"You can throw a grenade. Those are your only two viable options—melee attacks are awful, and each arena allows for minimal flanking or positional strategy. Your teammates will occasionally yell things like "I'm being suppressed!" but there's no mechanic behind it, and no way to give your team orders or change up how you approach a firefight. It's a shooting gallery, plain and simple."

The games interaction with different objects is described as boring by the author and to sum it up he says:

"The Order: 1886 doesn't feel like the product of someone's grand vision; it feels like the tatters of that vision have been gathered, taped together, and presented as complete. The best I can say of it is that its premise is just novel enough to feel wasted. As I played, I kept wishing for some hint of inspiration, a dash of spirit to warm me against the chilly downpour of mediocrity. I found none."

While researching for this article, I came across many reviews. Most were neutral, some were positive but more were negative. What I casually read in many reviews was the fact that the game is something you'd want to play only once so the author usually suggested that the rental world was made for games such as The Order: 1886. For me, this game is probably not worth the buy because I go more for games more in animated action value than in realism but opinions may differ. Do share in the comments what you thought about the game after reading the multiple reviews. And if you bought the game yourself, do share with other what you thought about the game as a casual gamer.