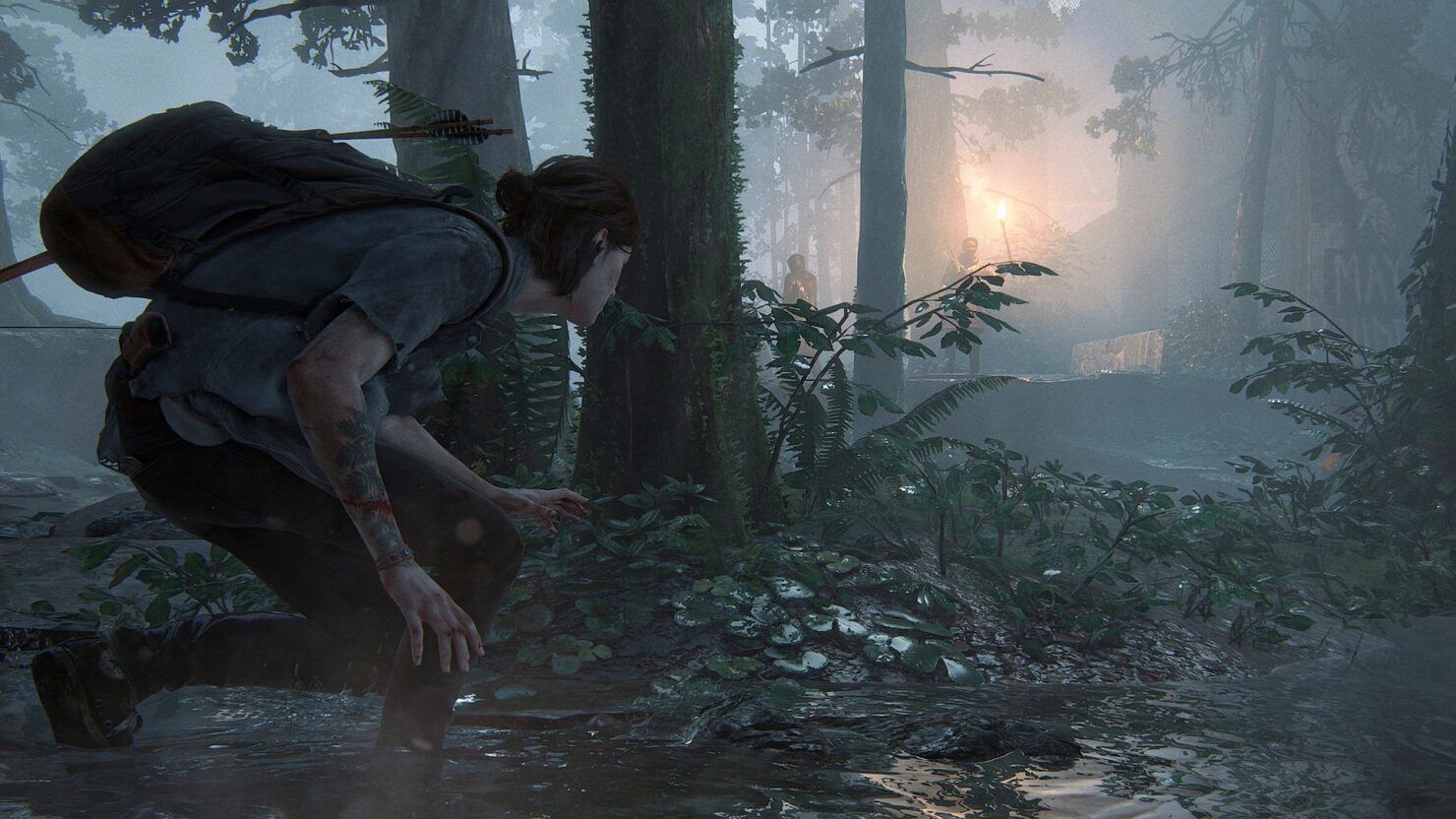 During a recent press event for The Last of Us Part II, Gamespot was able to chat extensively with Naughty Dog's Anthony Newman, Co-Director on The Last of Us Part II, with regards to the improvements coming to both companion AI and enemy AI. When it comes to the former, companions will be more useful but they'll also not be often invisible to enemies anymore during stealth approaches.

Companion AI is actually one of the few really significant technical achievements we've been able to make on the game. [In the original] there is a mode the AI can be in--which is their default mode when you're in stealth--where they will just never be seen. They're almost better than the player can be at being stealthy.

There's a tricky balance there because Ellie could then just hang way, way back and just never be seen, but then you don't feel like you have an ally with you, [so] you feel lonely. So there's a really interesting line we've been walking but I can definitely say that that aspect of the game has been dramatically improved, I would say.

One other thing that's also interesting is that in the past, [in] almost all of our games, the allies have done fake damage where you'll see them shoot enemies and it's a little bit theatrical where their bullets are clearly doing way less damage than yours.

What I'm really excited about is that with a lot of effort and some clever AI tricks, every time you see your ally shoot an enemy, their bullets do exactly as much damage as yours do. Which is just another way that players are able to make predictions and think two or three steps ahead. When they see Dina take a couple of shots and then they realize, 'I only need one more shot to finish off that enemy because I saw that happen.' I think it's great that players can now count on that and make those types of plans interacting with their allies.

I think, as you may have noticed in the first part of the demo interacting with Dina, our allies can do a lot of pretty exciting new stuff where they can get stealth kills independently. They have their own pretty nuanced melee system where they can interact with enemies in melee and also help you out and rescue as they did in the first game. They're a little bit more flexible and nuanced this time around.

When it comes to enemy AI, it sounds like they'll be much smarter in The Last of Us Part II, too.

Our AI now has a new state of awareness between complete awareness of your position and totally unaware of where you are. We sometimes call that vague knowledge.

Not only does this make them more intelligent to new situations where these systems can cause more intense moments to transpire for the player, it also gives the player the opportunity to make predictions. We all know human beings, we interact with human beings every day. We can make predictions about what they're going to do next. By having these more refined and nuanced layers of knowledge and perception and coordination, players can make better and better predictions and make more refined strategies about what to do next.

The Last of Us Part II is meant to be unsettling. I think along with, honestly, every aspect of the game--narratively, mechanically, and technologically--the AI was just one facet of the game that we really wanted to take to the next level and ask, 'What can we do that's next-gen?'

The Last of Us Part II will launch for PlayStation 4 on February 21st, 2020. It won't have multiplayer, though Naughty Dog confirmed they are indeed working on something derived from the 'Factions' mode featured in the original The Last of Us game.