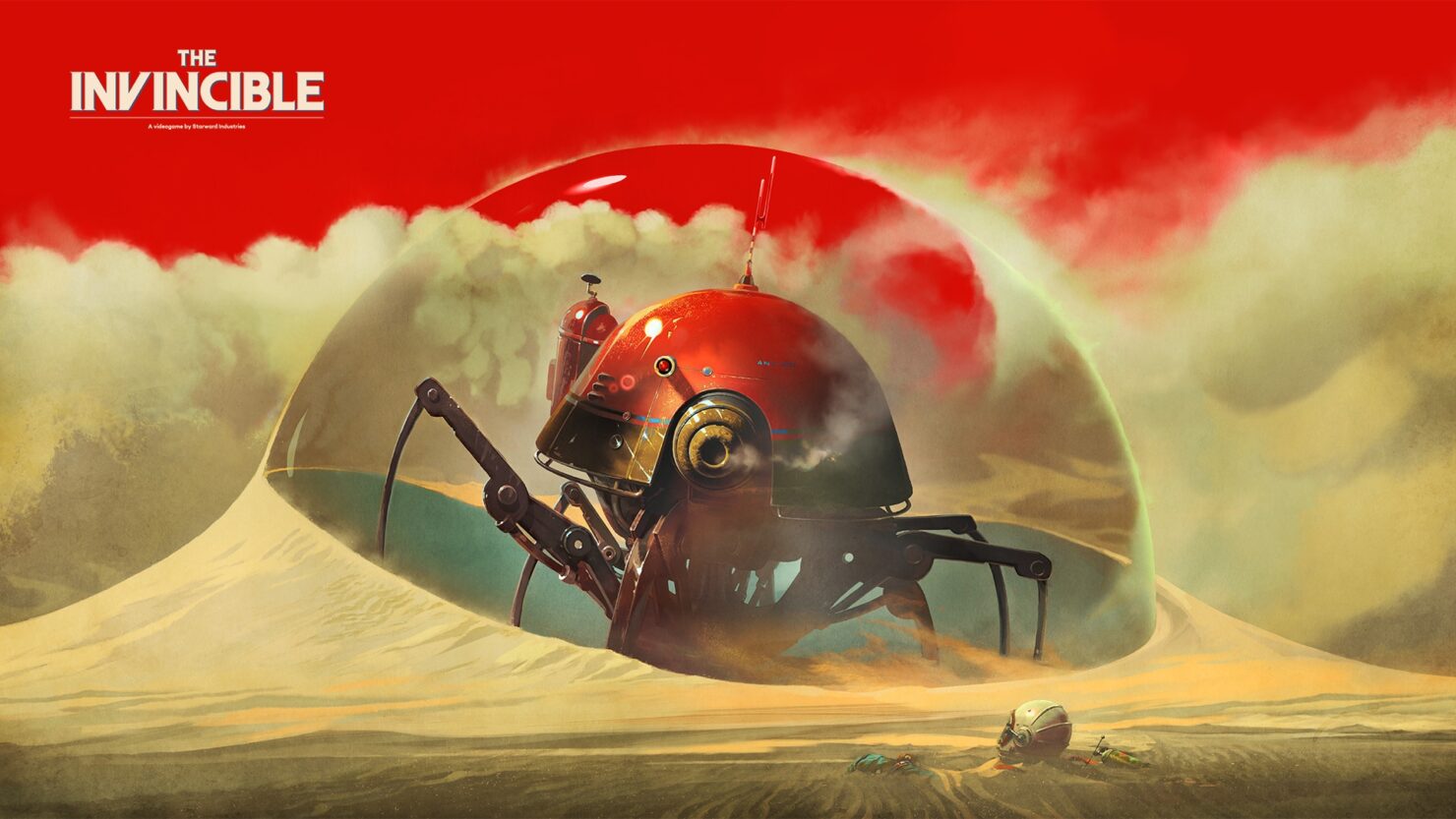 Starward Industries is yet another promising Poland-based developer, founded by former CD PROJEKT RED and Techland employees who've worked on hit games like The Witcher 3, Dead Island, Dying Light, and even the upcoming Cyberpunk 2077.

The small studio is aiming to deliver more compact experiences compared to the average triple-A game while maintaining high standards of quality and covering interesting topics. Its debut project, a first-person thriller single player game called The Invincible and based on the eponymous hard Sci-Fi novel penned by Stanisław Lem in 1964, certainly appears to fit that bill with its retro-future setting and gorgeous atompunk aesthetics.

With The Invincible tentatively scheduled to launch on PC, PlayStation 5 and Xbox Series X in the second half of 2021, we were able to interview Marek Markuszewski (CEO & Project Lead), Daniel Betke (CTO), and Mariusz Antkiewicz (Gameplay Designer) to glean more details on your behalf.

Why did you pick this particular project as your debut game at Starward Industries?

Marek: The studio was intended to start with a controlled bang. The Invincible was a very precise choice to channel our creativity into the material which not only stood the test of time but first and foremost provided an intriguing story with a library of characters and powerful descriptions to keep us in line as creators. The novel is just the right size to fuel the concept of working in a small team but delivering a big punch in terms of quality. We also wanted to pay tribute to one of the greatest minds in Sci-Fi literature, Stanisław Lem, who largely lived and wrote in our hometown, Cracow. It’s a lot of responsibility by the way, as I’m sure Cracovians will expel us if they don’t like the game! (laughing)

How much action are we going to find in The Invincible? Some players have likened the trailer to something similar to Bioshock or Prey, and both feature significant action elements.

Mariusz: Indeed, both games utilise retro-future visual styles, and both are story-heavy, so naturally they may come to mind as references. In The Invincible you’ll be in action all the time, but the gameplay is centered on engaging and immersing storytelling, which I believe will deliver a more holistic and believable gaming experience.

How long do you expect The Invincible to last on average? Is it going to be a linear game or does it allow for significant exploration off the main path?

Mariusz: In a typical first run we’re aiming at several hours of the main plot and a couple of hours of optional content. Yet the time spent with the game will be potentially much longer, depending on the gamer’s own pace, and their actual choices, decisions, and relationships developed along the way. As the story is going to be highly non-linear, and feature several alternative endings, we believe that the weight of the experience will draw gamers to try different choices and approaches in replaying.

You said that the story of The Invincible is going to be shaped by 'relationships' and 'choices'. Can you elaborate a bit further?

Marek: Apart from action-driven decisions such as whether to basically turn left or right on a fork, one of the core features is the conversation system which facilitates discussion while proceeding with a mission. The gameplay doesn’t pause to engage you into a conversation. Instead of being distracted from the action, in The Invincible you’ll rather have to proceed, sometimes being pressured to act under time or situational stress. Conscious or not of your choices made, they will inevitably build your image among interlocutors, which in turn, will drive their reactions to yourselves. You are certainly going to discover this at some point and will look at conversations as having consequences rather than just displaying text on the screen to give you context.

You've mentioned that you're planning to upgrade to Unreal Engine 5. However, UE5 is only scheduled to hit preview in early 2021, and The Invincible is currently targeting a release in the second half of 2021. Are you really going to make this change only a few months before release?

Daniel: That’s right, the window will be rather small but with that in mind, we’ve been developing the project in a way to facilitate both a quick upgrade and multiplatform releases. At this point it looks good, so despite planning for contingency, we remain excited.

What is the most exciting aspect of Unreal Engine 5 from your perspective? Also, does targeting only next-gen consoles allow you to make a better game and if so, how?

Daniel: There are several features that we’re excited about, i.e. Lumen. The offered dynamic lighting system is visually beyond stunning, we’re going to put it to work to improve the realism and believability of our planet, of course if such terms can be ever applied to celestial objects in the Lyra constellation far far away.

We’re also in anticipation of the Chaos Physics and Destruction system, which is going to improve the spectacularity of action, interaction, and demolition. Finally, we’re looking forward to using Niagara VFX to wreak weather havoc on the planet’s surface with sandstorms, lightning strikes, and moving fogs.

What's in your opinion the greatest hardware feature respectively of the PlayStation 5 and Xbox Series X?

Marek: The new platforms are powered by massive graphic processing capabilities. Thanks to this, The Invincible will lay out its brilliant story with a matching opulence of visual features. In the new Xbox we love the hardware ray-tracing which unbelievably upgrades the already highly realistic environments. While in PS5 we especially appreciate 3D Audio and Adaptive Triggers for improved immersion and experience.

Are you planning to take advantage of the DualSense controller's features on PS5? If so, how?

Mariusz: We’re absolute fans of dynamic adaptive triggers. They are perfect to illustrate the complex interactions with objects such as machines, tools, and equipment in the game by adding a new angle to improve the experience. A more intuitive and literally tactile gameplay will greatly help in terms of immersion.

The official press release only mentions the Xbox Series X console. Will Xbox Series S be supported, too? What do you think about this console's lower specs, particularly the lower amount of RAM which attracted complaints from some developers?

Daniel: I can say that we’re going to launch for Series S as well. It’s not as powerful as Series X, but we’ll try to make the most of its capabilities.

What's your take on the rise of cloud gaming platforms like Google Stadia, Microsoft's xCloud, and Amazon Luna? Do you plan to support some of those as well with The Invincible?

Marek: I always loved the concept of being able to play without bothering with hardware upgrades, downloading, and installation or patches. If this is finally put in motion on a mass scale, for studios and publishers this would mean a larger market, a bigger customer base. New challenges, but more opportunities. Starward Industries is in conversations with each of the mentioned platforms including Luna. A decision whether to go ahead will strictly relate to results of tests and user experience and allow no compromises.