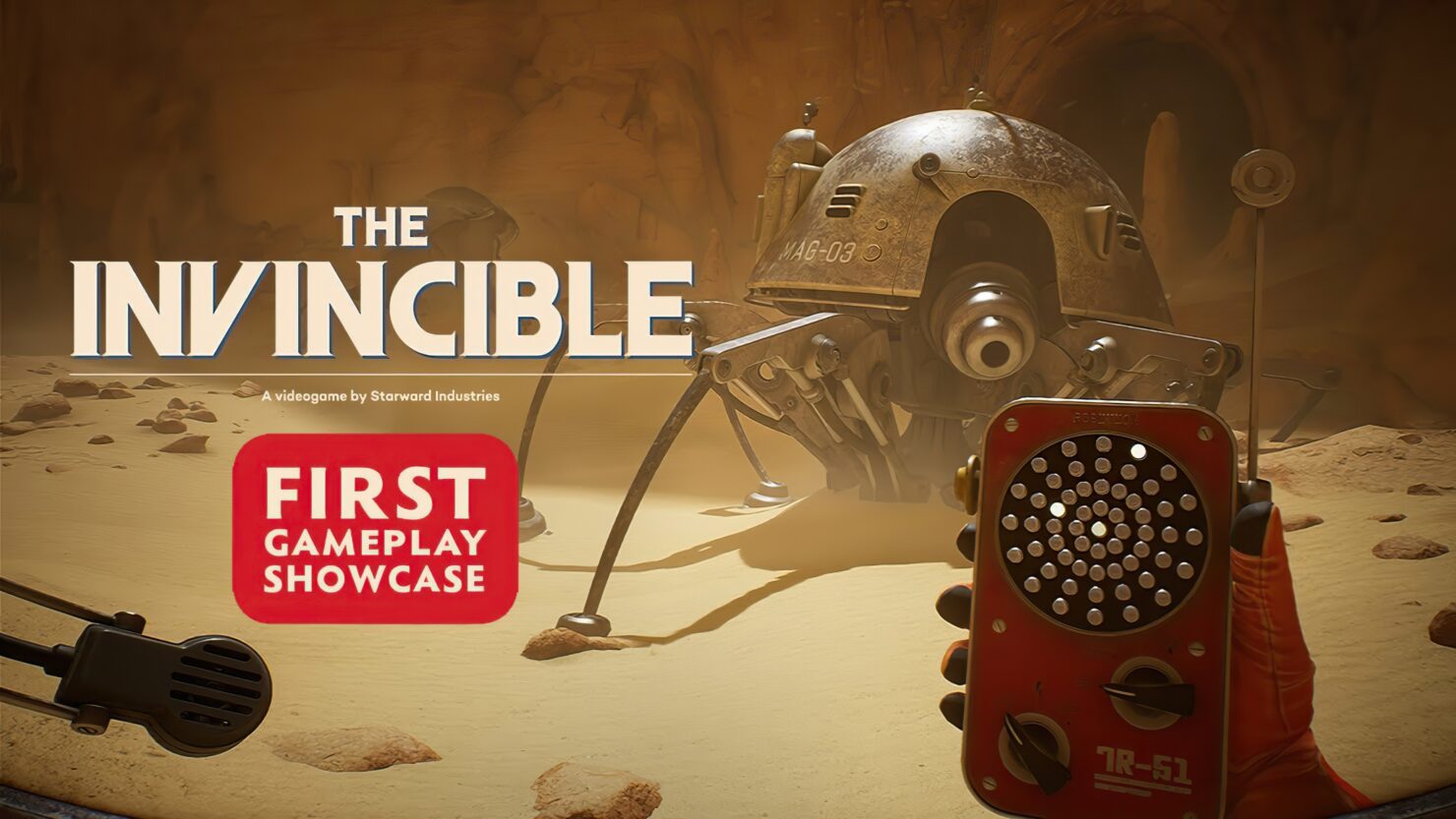 During the PC Gaming Show, Starward Industries debuted the first gameplay showcase for its debut title The Invincible, which we previously covered with an exclusive interview with the developers.

Additionally, the Polish game developer announced its partnership with another renowned Polish game company, 11 bit studios (This War of Mine, Frostpunk), which will publish The Invincible. Marek Ziemak, External Development Director at 11 bit studios, stated:

When many of us were teenagers, Lem gave us a vision of the future that felt surreal. And as a reader, I couldn’t imagine the world of The Invincible being more tangible than the one portrayed in the game. As a Polish publisher on a mission to showcase meaningful entertainment, we couldn’t pass by the opportunity to take on a game based on such an important piece of Polish cultural heritage as Lem’s book.

The Unreal Engine 5 powered game The Invincible is set to launch at some point in 2023 for PC (Steam, GoG, Epic Games Store), PlayStation 5, and Xbox Series S|X.

Your adventure, mankind’s history
In The Invincible, you are a highly qualified, sharp-witted astrobiologist named Yasna. Being entangled in a space race, you and your crew end up on the unexplored planet Regis III. The scientific journey quickly turns into a search mission for lost crewmates. Follow its trail, but be fully aware that every decision you make can bring you closer to danger.

Uncover mind-boggling scientific phenomena in a cosmic, philosophical adventure set within eerie landscapes. Discover fragments of what’s lost and report to your Astrogator, let his voice aid you in hard times.

You couldn’t have foreseen humanity’s biggest threat. It will force you to rethink mankind’s ambitions and biases. Go on – make decisions, follow the mystery… but remember not to underestimate the brutal simplicity and brilliance of evolution.

Explore with the science and nostalgy

Immerse yourself in the atompunk atmosphere of The Invincible by using various tools, such as a telemeter or a tracker, and drive a vehicle through a stunning landscape. Experience realistic interactions with analogue technologies in a retro futuristic timeline.

Robots, people… Choose whether to interact with different creatures on Regis III or how to do it. Friend, companion? Enemy? You never suspected what these words might really mean before you got here.

The Invincible is a first-person game based on the motifs of The Invincible – an iconic novel of the world-known, hard science-fiction author and Polish futurologist Stanisław Lem.

There are places like Regis III, not prepared for us and for which we are not prepared for. Still, our spacecraft inevitably comes closer to the destination – for our stories and fates to cross in a dead spot.