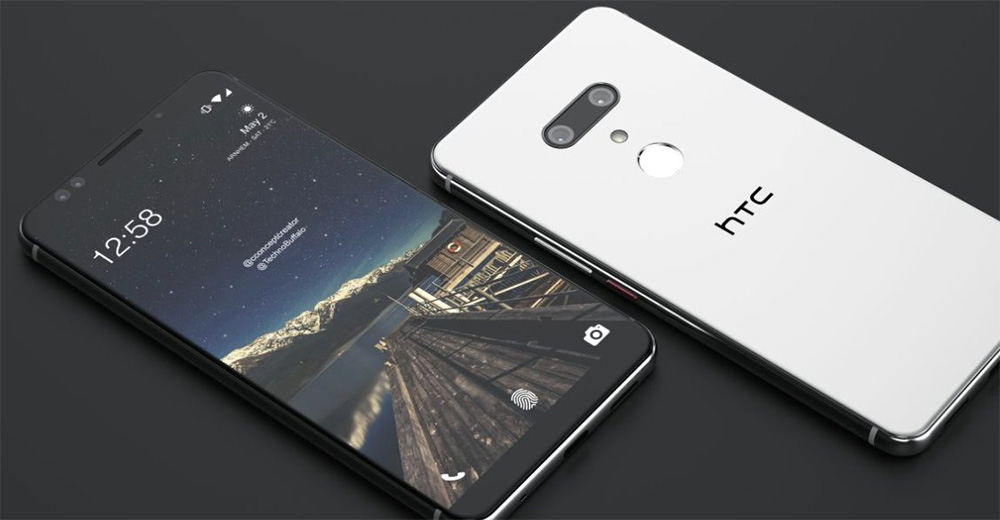 When we talk about Android manufacturers, few are as old as HTC. If you're good with smartphone history, it was the Taiwanese company which became one of the first to launch an Android device, much to the consternation of Steve Jobs and Apple. However, as the world works, resources are king. Ingenuity and innovation are only as good as the funds behind them.

Therefore, HTC is unable to keep up with today's smartphone giants, namely Apple and Samsung. However, the company isn't giving up as leaks for the HTC U12+ suggest. We've got a big one today folks, so head over below to find out more.

HTC's a great company. One of the advantages of operating on a smaller scale as compared to the likes of Samsung is that companies are able to exercise their creative muscle to the fullest. No one understands this concept better than Apple, who has made it its life mission to keep the cultural roots of a startup intact.

HTC too has exercised this muscle in the past. The best example of this phenomenon is the company's excellent BoomSound speakers and bold designs. However, resources are king and even the mighty struggle these days. Today we've got a render and specification leak for the HTC U12+ which gives us a good idea of what to expect from the company this year.

Notorious leaker Evan Blass is back today with a major, major leak for HTC U12+. It's got a lot of details which cover the device's design, processor, camera, storage, battery, and even network details.

The HTC U12+ measures in at 156.6x73.9x8.7mm. The device is manufactured with what the company refers to as a liquid surface. It carries pressure sensitive touch buttons and a fingerprint sensor at its back. At the front we also get a dual camera setup. The device is IP68 certified and weighs in at a hefty 188g. The smartphone will be available in three different colors and carry the majority of its buttons on the right side when viewed from the front.

As expected, the HTC will run on Qualcomm's Snapdragon 845. The device will feature only 6GB RAM as HTC will not follow either OnePlus or Xiaomi in equipping its smartphone with 8GB. The smartphone will come in two storage variants of 64GB and 128GB, with a MicroSD card slot as well.

Fans of HTC's BoomSound speakers will not be disappointed either as the HTC U12+ will feature BoomSound HiFi edition speakers along with HTC USonic and Qualcomm's aptX LDAC designed to work especially with Bluetooth headsets. The HTC U12+ will also feature a 3500mAh battery with up to 23.8 hours of talk-time suggests today's leak. 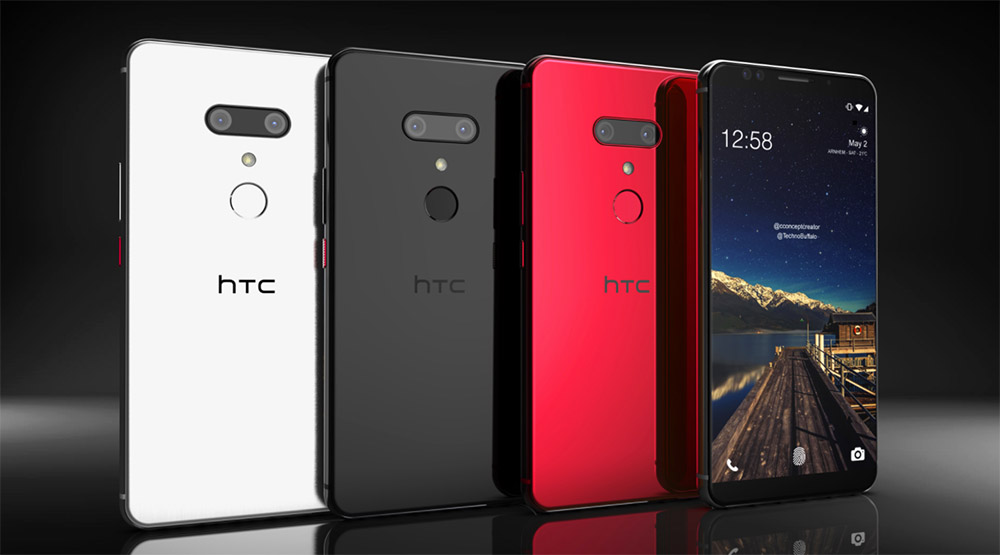 Since the HTC U12+'s major selling point are definitely its camera specifications we'll analyze details for the front and rear camera sensors separately. The device will feature a dual rear camera setup. One of the sensors will have a 12MP resolution with f/1.75 aperture width and 1.4µm pixel size. The second will carry a 16MP resolution, a 1.0µm pixel size, and a f/2.6 aperture width. The smartphone will also support up to 10x digital and 1.85x to 2x optical zoom.

For serious users, the HTC U12+ will feature a Pro mode that allows RAW support, 32-second exposure and manual controls. Optical Image Stabilization and a Bokeh mode along with dual LED flash will also be present on the smartphone.

The HTC U12+'s rear camera will also be able to record 4K video at 60fps and 1080p slow motion video at 240fps. Video recording on the smartphone will also support OIS.

One feature of the HTC U12+ that made it to the rumor mill that we're really excited about is a dual front camera. This is a rare occurrence in the flagship market, as no mainstream high-end device right now carries such a feature. Remember our discussion of smaller companies being able to exercise their creative muscle fully above? Well, this is where it shows.