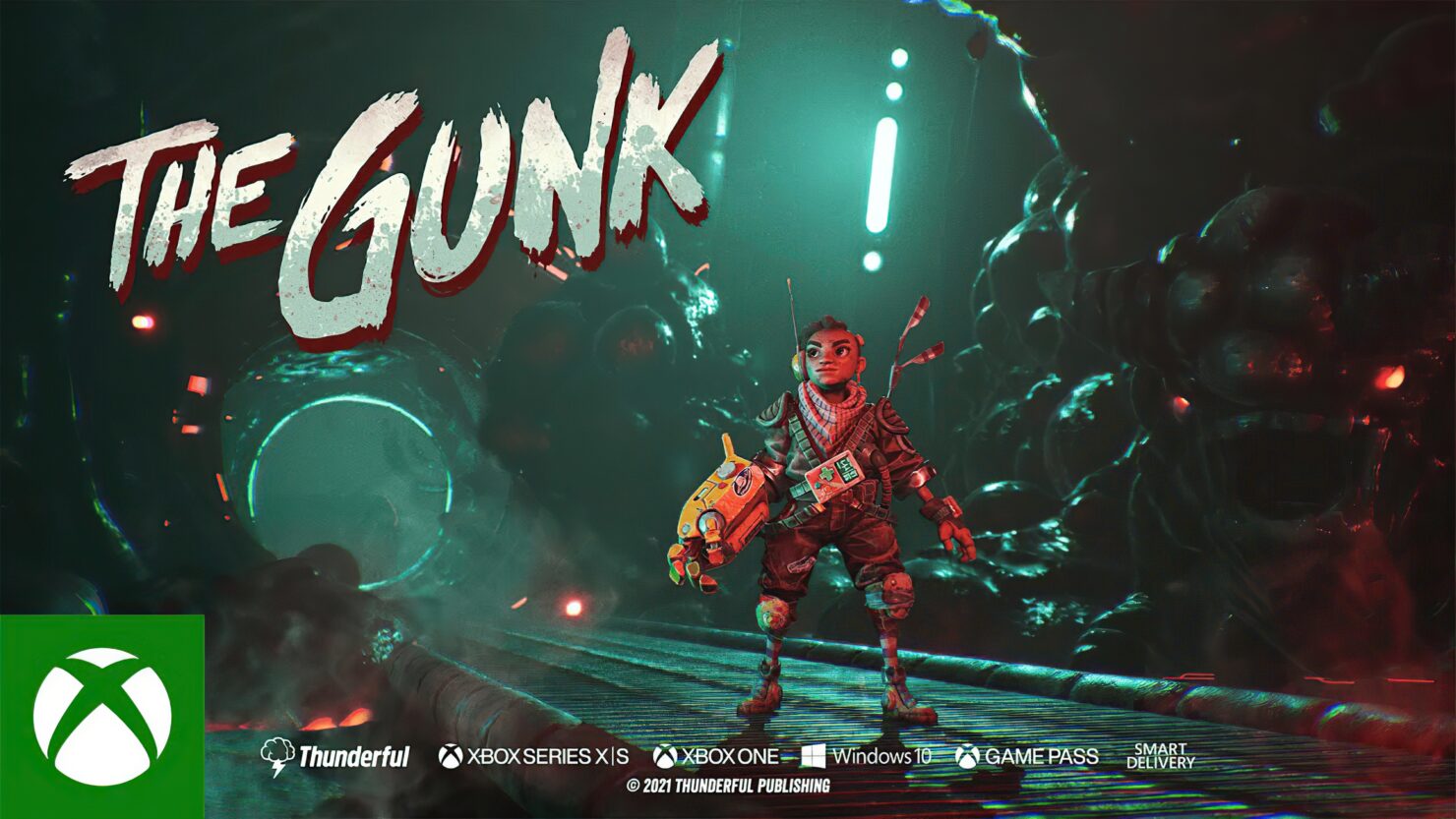 After going dark for over a year, The Gunk has resurfaced during the Xbox gamescom 2021 showcase, featuring a gameplay trailer that also included the game's release window of December.

A PC and Xbox exclusive, The Gunk is in development at Thunderful, the team behind Steamworld, though it is a very different game in comparison as Game Director Ulf Hartelius explained to Xbox Wire.

The Gunk is Coming to Steam and Other Storefronts in Spring

The Gunk is our first 3D project, so we wanted to use that literal extra dimension to craft a more cinematic and immersive experience than anything we’ve done before. What we’ve created is a story-driven sci-fi exploration game that really focuses on character development.

You play as Rani, one part of a space hauling duo who are mining the galaxy for whatever resources they can sell to make ends meet. When she and her partner Becks land on a seemingly barren planet, they find the gunk, a previously undiscovered substance that could mean a big payout! The only problem is that the gunk is somehow harming this natural habitat, which brings about a dilemma – should Rani and Becks be interfering with something they don’t fully understand? Will this dangerous discovery cause a rift between two friends?

The Gunk has a big emphasis on exploration and the world you’ll discover contains different biomes like a rocky canyon region, a dense jungle, deep subterranean caves (we couldn’t help ourselves) and a few more surprises, too. The gunk is turning all of these zones barren, but as you remove it you’ll discover the flourishing ecosystem that this world seemingly had before this destructive goo arrived.

You can scan the environment to make new discoveries and learn more about the world. All that’s left is indigenous wildlife and ruins of an ancient civilization that seems to have either left the planet or died out. Maybe the gunk has something to do with it? All your findings are added to a logbook, so when you have a spare moment, we recommend digging in and reading up on the entries. You may find some clues as to what happened here!

Our heroine Rani is equipped with her trusty upgradeable prosthetic power-glove, which she affectionately calls Pumpkin. With it, she can suck in the gunk which not only looks really cool but plays into the key mechanics of transforming the corrupted areas of the world back to their natural state. When Rani removes the stranglehold of the gunk, you’ll see the ecosystem bounce back, which is extremely satisfying to watch. From a creative standpoint, the contrast of barren gunk zones transforming into flourishing havens were fun and inspiring for the team to work on.

The Gunk will run at 30 fps on Xbox One, while Xbox Series S|X and PC users can play it at up to 4K resolution and 60 fps.