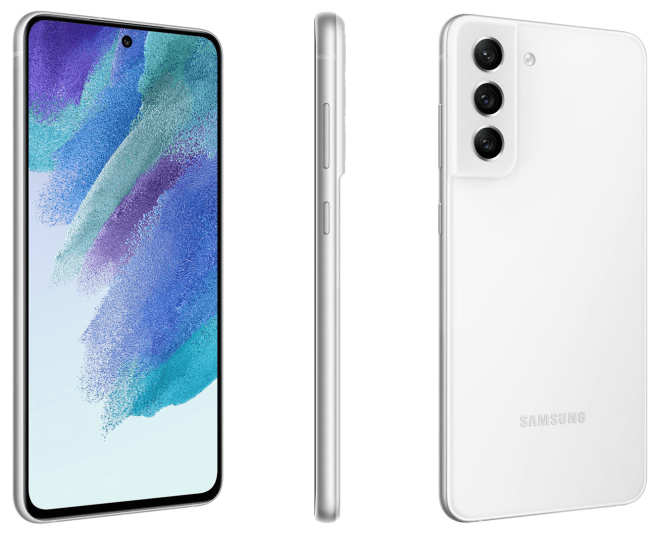 The Galaxy S21 FE is one of the phones that may have gone through a bit of a bender; I know it is a confusing statement for most of us but it is about to be a full year since we started hearing about the phone being released and there were countless rumors that even pointed towards the phone's cancellation. Still, the phone managed to somehow make it out alive from the development hell and is coming out next year.

The Galaxy S21 FE Will Finally be Available on 11th January

I know it sounds strange to everyone but Samsung decided to release the phone a month before the Galaxy S22 series. So far, we did not know the official release date for the phone but thanks to Evan Blass (@evleaks) who has shared the latest renders of the Galaxy S21 FE and all the renders show the 11th January on the lock-screen, which more than confirms the release date as this is not the first time Samsung has showed the release date on the lock screen of the device.

As far as the specs are concerned, there is not a lot to take in or there is nothing groundbreaking, in the first place. For starters, the Galaxy S21 FE ships with a 6.41-inch super AMOLED display, the resolution is FHD+ and you are also getting access to a 120Hz refresh rate. You are going to get a 12+12+8 megapixel camera system and the phone will also record 4K video, at the same time.

You are going to get a choice between Snapdragon 888 or Exynos 2100 processors, both of which are capable enough to allow the phone to be relevant in 2022. As far as the pricing and availability are concerned, we are looking at the January 11th release date, and we are hoping Samsung starts the shipping on the same day because delaying it further would not be feasible for the company.

Are you looking forward to the Galaxy S21 FE or are you under the impression that the phone should have been shelved, in the first place. Let us know your thoughts.