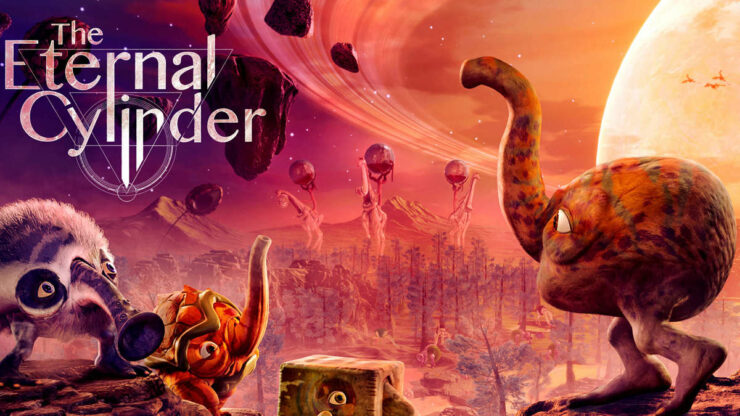 We've all had nightmares where we're being chased. Chased by people, monsters, in my case apes a fair few times. It's universal, and it's haunting, often with fleeting moments of panic following us into the waking world. I'm not sure that this is what the intention was behind The Eternal Cylinder, but it's definitely the feeling I came away with.

The Eternal Cylinder, despite that introduction, is actually about evolution. The game takes place on an absurd, surreal, and flat alien world which is under threat of being undone and restarted entirely by a giant rolling cylinder, intent on flatting the world as if it's a rolling pin on a piece of dough. You'll take control of a game of Trebhums, small, fat, ugly creatures which have the undeniable ability to inhale and consume all manner of things.

As you roll and run around the world as your Trebhum crew, which can easily be thinned out through natural selection, you'll gather all manner of materials and creatures, some of which can literally make your Trebhums rapidly evolve and change shape. This can be used to solve all manner of puzzles and help you access new areas, from jumping out of your starting pond to rolling for speed and changing shape to fit into brand new areas.

You'll do this while attempting to slow the rolling of the eternal cylinder itself. There are numerous large towers in the world built by an ancient race that may or may not be related to the Trebhums, and activating them will stop the cylinder for a little while before it starts rolling forward once again a few minutes later. As you scramble to stop the cylinder you'll be collecting and searching as much as possible in order to find and recruit new Trebhums and open up more evolutionary options. 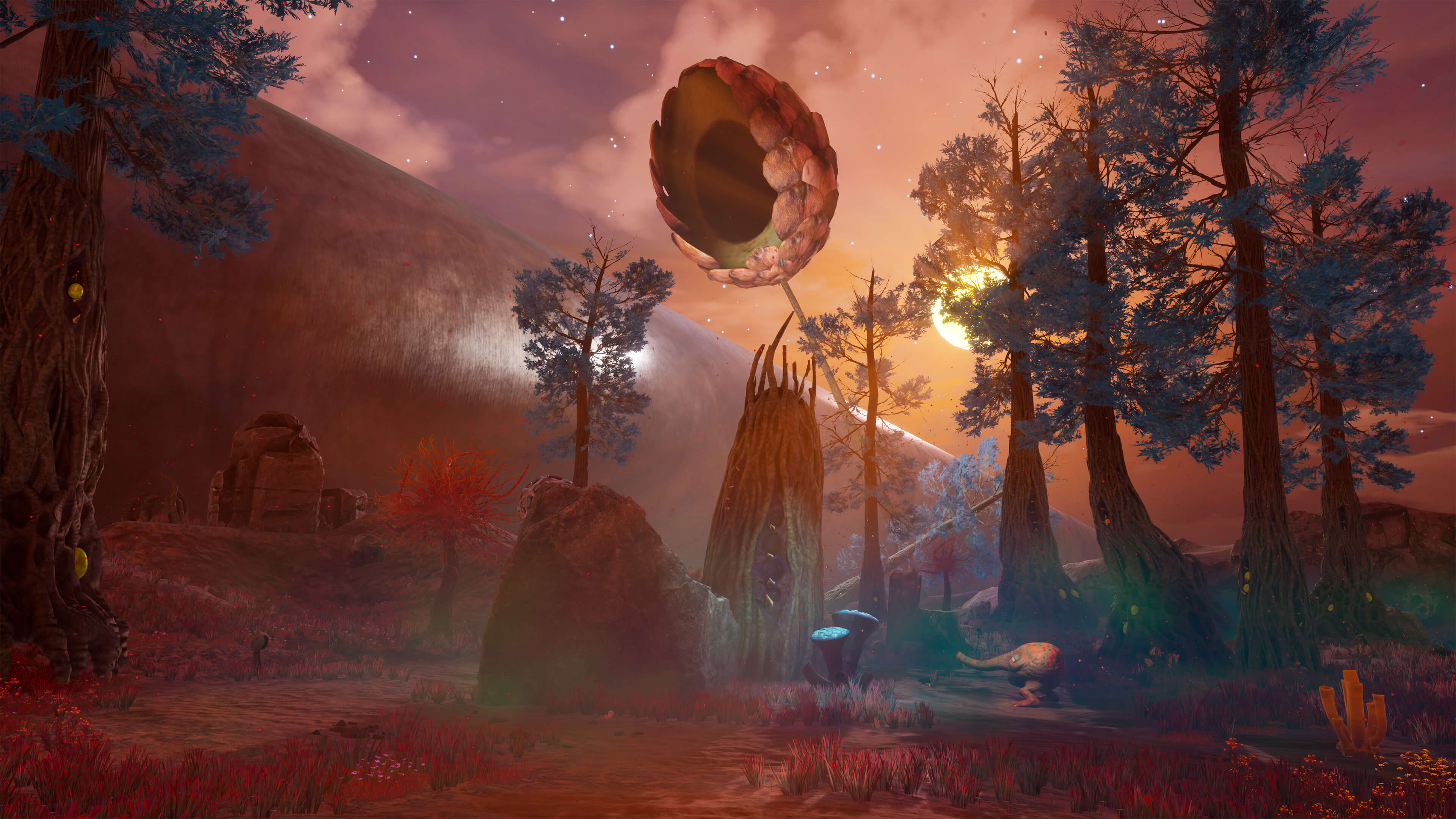 The most interesting part of the whole game has to be the world, though. The world is entirely alien, featuring the kind of landscapes you expected to see, but never actually saw, in No Man's Sky. Fantastic, unfathomable creatures that look like kaleidoscopic images, statues of human faces emerging from the ground, the towering obelisks which halt the cylinder, it's all so fascinating, and the eternal cylinder itself ensures that you will have to continually move forward, explore even more, in order to survive. And eventually, you'll be pushed towards stronger and more fearsome alien creatures, and even those of mechanical, human-like nature.

What's more, is that the world and environments are procedurally generated, so replaying the game will result in brand new creatures and environments to explore and discover. Though I'm not sure how many times I'll be able to deal with the anxiety of being chased by death through an alien world.

The developers didn't want to spoil too much of what unfolds in the game when I asked but promised there was much more to see. Needless to say, it's an ambitious and incredibly bold new take on the survival genre, but it's also something I am still perplexed by. I don't understand the weird Trebhum creatures, nor the ancient cylinder, nor the world they inhabit. I'm intrigued, absolutely, but I'm not sure if my intrigue would lead to a purchase. I still don't fully understand the scope of the game, what I can expect from it, or even what the goal is but to run. Regardless, The Eternal Cylinder is doing something I've never seen before, and it's as scary as it is interesting.

The game will launch next year on consoles and PC via Epic Games Store, as previously announced.