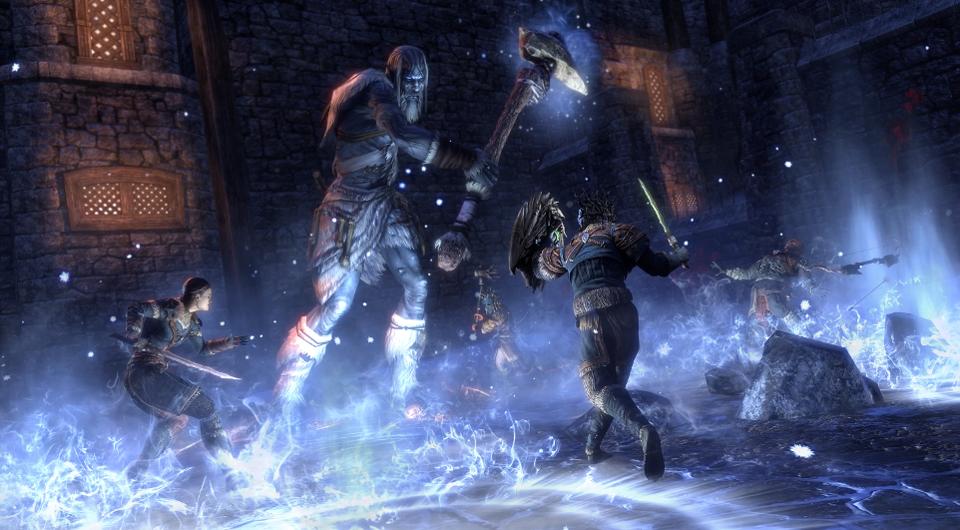 A taste of the upcoming The Elder Scrolls Online Greymoor expansion has been released today by Zenimax Online.

At 10:00 AM EDT, the Greymoor Prologue quest has been launched on PC/Mac, PlayStation 4 and Xbox One. The quest is available for free and it allows players to get a taste of the upcoming expansion before its debut.

Zenimax also shared brand new B-Roll gameplay footage of Greymoor with the press, which we have uploaded on our own YouTube channel.

There's an official new trailer, too, as you can see below.

Descend into the Dark Heart of Skyrim and defend Tamriel against a new supernatural threat. Play the free Greymoor Prologue now and experience the year-long adventure that began in Harrowstorm and continues with the upcoming Greymoor Chapter and beyond. Join Lyris Titanborn in investigating the foul machinations of the Icereach Coven and uncover a deathly plot that threatens to consume the home of the Nords.

Additionally, those who have never played The Elder Scrolls Online before will be able to enjoy the game for free for twelve days in the upcoming trial period, starting April 1st until April 13th, and during the same period, an in-game Anniversary Jubilee event will provide 100% bonus XP. Meanwhile, players will be able to get the base The Elder Scrolls Online with up to 60% off the full price, the Elsweyr Chapter with up to 70% off and Crown Packs with up to 40% off. More information can be found on the game's official website.

The Elder Scrolls Online is out on PC/Mac, PlayStation 4 and Xbox One. The Greymoor chapter launches on May 18th on PC/Mac, while console players will have to wait for June 2nd.