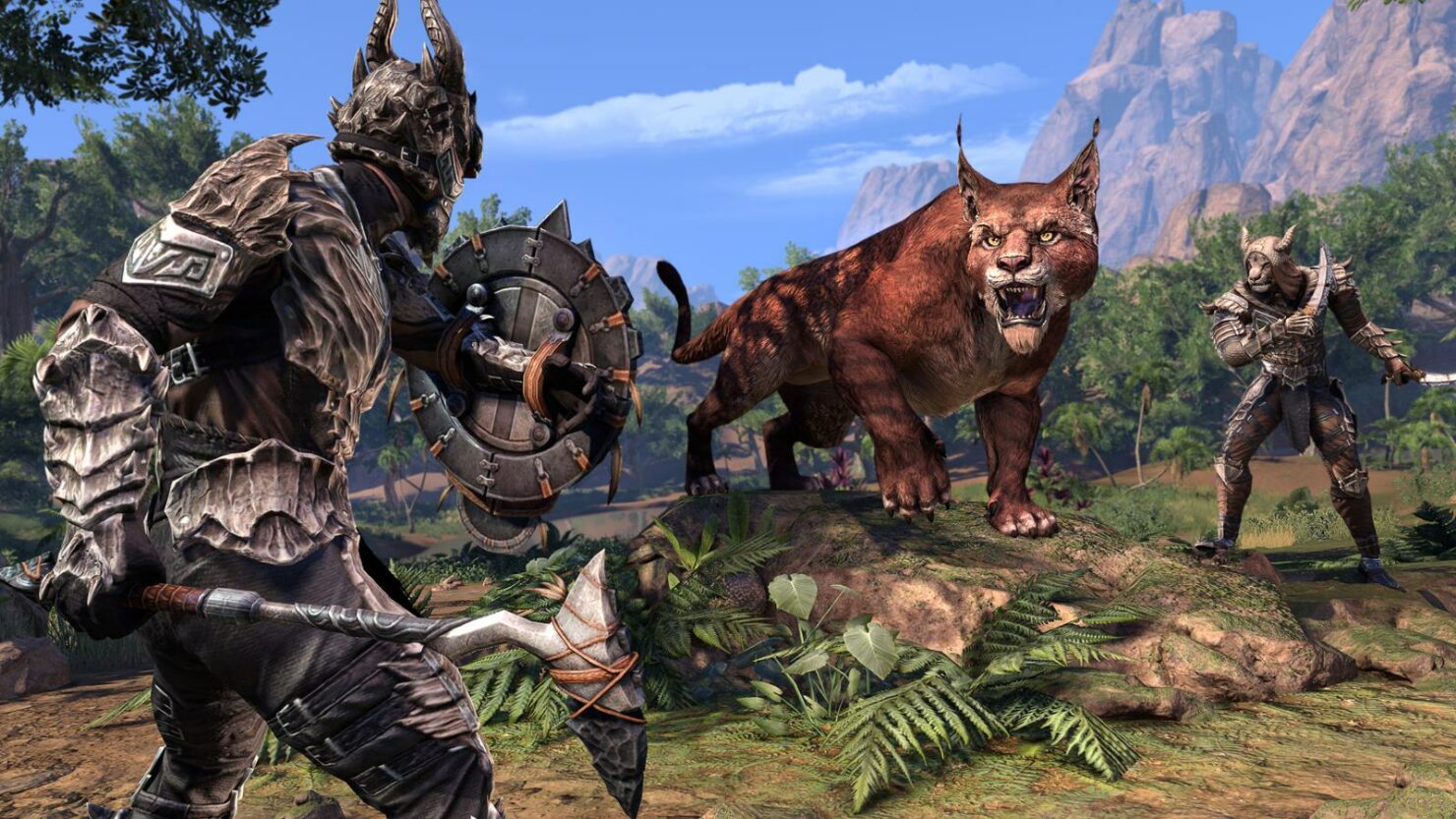 In the new Chapter, players will be able to travel across savanna grasslands, scorching deserts, and palatial cities tangling with invading Imperial forces and menacing dragons. The homeland of the Khajiit is rich in life and history, and it will make the journey all the more interesting.

Elsweyr also marks the return of the dragons to The Elder Scrolls Online, the introduction of a new class and more.

Dragons Wreak Havoc upon Elsweyr in the Season of the Dragon

The Dragons have returned to Tamriel in the Season of the Dragon, a year-long interconnected adventure. Unleashed upon the world by the unwitting Abnur Tharn, the great Kaalgrontiid and his followers stalk from the skies and threaten to burn down the ancestral home of the Khajiit.

An All New Class – Necromancer

With the Necromancer, death itself is a weapon. This dark, mysterious new class – the game’s newest class since 2017’s Morrowind Chapter – allows players to command the dead and cast powerful elemental spells to overcome their foes and bolster defenses. The black arts at your fingertips, manipulate the flesh of involuntary souls to take on those that stand in your way

The Elder Scrolls Online: Elsweyr can now be played on PC and MAC by all those who pre-ordered the new chapter. The Global Launch is scheduled for June 4th.