Starting today, players can tour the disease-ridden world of The Division for the last time before the game goes gold and hit the shelves for current-gen consoles. The final beta testing phase for Ubisoft’s upcoming highly anticipated open world role-playing shooter commenced yesterday on Xbox One console and will soon be open to PC and PlayStation 4 players, the latter of which, as it has now been discovered, can gain access to it without spending any money at all. 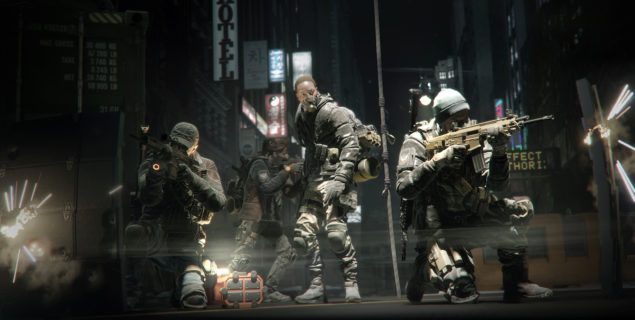 The Division’s closed beta is now available on all platforms to those who secured their access by pre-ordering the game or by registering their interest. However, if you haven’t already got access to the beta on your PlayStation 4 console and want to get in without spending a penny, here's a little trick. Players that want to get a large-scale glimpse of post-pandemic New York city on their PlayStation 4 console can now do so by pre-ordering the game, downloading the client and then cancelling their pre-order.

The method was devised by some PlayStation 4 owners, and tested by Eurogamer. Players will need a card or funds to make the pre-order, however no amount of money will be deducted. The method was tested with PlayStation store in the UK region, but there’s no harm in trying even if you are living outside the UK. The step by step process to download and play The Division’s beta has been shared below.

Once done with the process, you will be able to load up The Division beta. Ubisoft commenced the beta testing of The Division first on Xbox One on January 28. PC and PlayStation 4 players will be able to jump into the game today. The full, retail version of the game scheduled to release on March 8 across PC, PlayStation 4 and Xbox One. The developer/publisher recently released a live-action series based on the backstories of The Division's agents. You can watch all four episodes of the series here.

UPDATED: The Division Beta 1st On Xbox One On January 28

Ubisoft: PS4 is an Amazing Machine – The Division and Snowdrop Engine are Specifically Developed for Latest Consoles