Ubisoft is aiming for a transmedia hit with its upcoming highly anticipated open world role-playing shooter. The multinational game developer and publisher recently announced that it has created a live-action short film, titled The Division: Agent Origins, in partnership with Amazon Prime and three different well-known YouTube video creators. All the four cinematic episodes that were combined to make one short film that takes fans through the events that took place when the epidemic broke out in the world of The Division are now live and you can watch them right here. 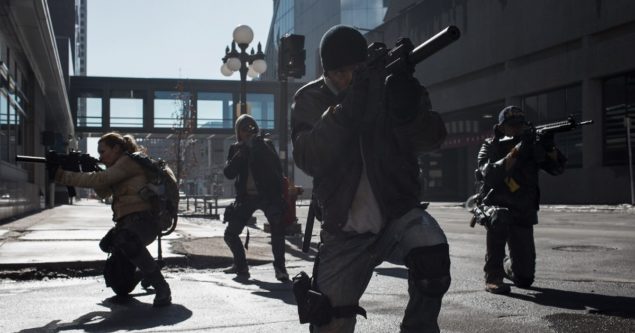 The Division: Agent Origins Shorts Show You What an Agent's Life is Like in Post-Pandemic New York City

To add some backstory to Tom Clancy’s The Division, Ubisoft partnered with RocketJump, Corridor Digital, and Devinsuperstramp; famed creators of effects-heavy short films on YouTube. Each of the three parties made a separate live-action episode with Ubisoft team making the final one itself. All the live-action shorts were combined to make one complete 30-minute supercut “The Division: Agent Origins,” which is now available on Amazon Prime Instant Video. The films were released on YouTube for general audience as four separate episodes.

The four-part cinematic series is set in the world of The Division, which has been torn apart by a disease that spread across the entirety of the United States on Black Friday and caused the society to collapse within five days. For protection of the remaining civilians and restoration of order, sleeper agents of a strategic group “The Division” are activated and are given the duty to combat the threat brought about by the outbreak. The live-action shorts narrate the backstory of four separate agents during the early stage of their activation in the disease-ridden New York City.

With Ubisoft’s help, Corridor Digital managed the whole project that covered the creation of the live-action films. Niko Pueringer, cofounder of the Minnesota-based production studio, told GamesBeat that Ubisoft and the companies worked with each other for more than a year to create the series. “This is a little more cinematic, darker and grittier, and it gives us a chance to tell a more serious story,” he said. The videos will allow players to better understand the world of The Division and, of course, promote the game.

Talking about the project in an interview, Ann Hamilton, a marketing director at Ubisoft for The Division, said: “We knew we would have to humanize the agents, and that was where we got the creative spark. You learn what each of these agents did before they were activated and how they fight. It brings the story of The Division to life. But there are lighter moments in the series.” Each episode was given its own flavor by the studios that worked on it, and it all was then added up to create one strong supercut.

The four-part The Division: Agent Origins has already been released on YouTube and you can now watch them in any order. The complete short film that is available to Amazon Prime subscribers has additional content in form of five minutes of exclusive scene where all four agents from the episodes come together in a climatic battle. But watching each agent's backstory isn’t much less thrilling.

And the final one by Ubisoft, Escape

Ubisoft made the game’s private alpha available exclusively on Xbox One a couple of months ago. The company announced last year in June that the game will playable before its release in beta testing phase that will be open to all. Following a rumor on Reddit that suggested the beta may begin January 29, the French publisher confirmed that the beta will start first on Xbox One on January 28 and will later become available on PC and PlayStation 4. Those who are interested in playing beta version of The Division can secure their access by pre-ordering the game.

The Division is all set for release on March 8, 2016 for PC, PlayStation 4 and Xbox One