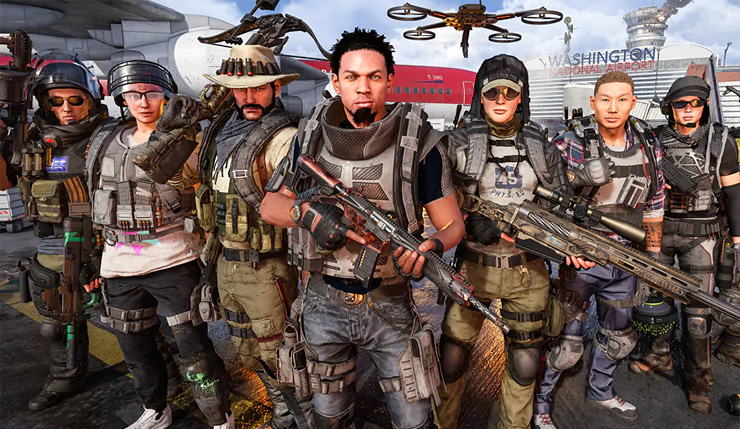 This week Ubisoft dropped a hefty update for Tom Clancy’s The Division 2, which included the game’s first raid, Operation Dark Hours. Response to the raid has been fairly positive (you can check out a Dark Hours trailer below), but many players were disappointed to learn the mode doesn’t include matchmaking. If you want to tackle the raid, you’ll need to assemble a team yourself through your friends or clan lists, which isn’t always convenient! Will players every have the option to just jump in with randoms?

Thankfully, The Division 2 creative director Chadi El Zibaoui addressed the issue on a recent stream, promising that Ubisoft is “working on” making matchmaking happen. That said, he warned playing with folks you don’t know might not always be a great experience…

[Before playing a raid] you need to be sure the team you are going to work with has microphones, speaks the same language, has the proper gear to support the team. It’s not about simple matchmaking as we do for the missions. A mission or any other content, eventually, you can play with randoms, and you will manage to beat that content. For the raid, if we deliver such matchmaking, it will be tougher, if not impossible, for you to complete the content.

Obviously, playing with people you know and mesh well with is ideal when tackling raid-style challenges, but still, it’s nice to have the option to just jump in if none of your friends are online. Sure, you might get your ass handed to you, but that’s part of the fun with raids!

The Division 2 is available now on PC, Xbox One, and PS4. Have any of your out there had a chance to try out Operation Dark Hours yet? How would you rate The Division 2’s post-launch support in general?