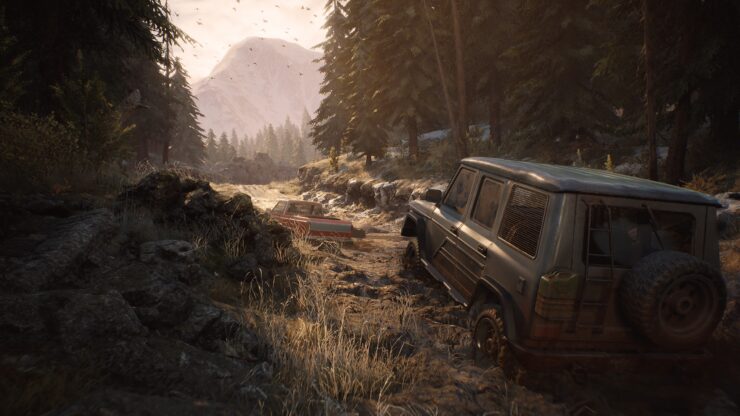 Say what you will about Tom Clancy's The Division and its sequel; those two Ubisoft games certainly made quite the impact on the gaming scene, particularly the first one, which featured an incredibly detailed representation of post-apocalyptic New York City's Manhattan that was immediately iconic. The Division even briefly held the industry record for the biggest first-week launch for a new game franchise, generating $330 million in revenue.

When Russian developer Fntastic dropped the first trailer of The Day Before, it was impossible not to see the resemblance. Admittedly, it wasn't just the post-apocalyptic city that looked similar, there was also the banter between players.

However, The Day Before does promise to go beyond simply riffing on The Division. For instance, players will find zombies and vehicles in the game, not to mention a larger focus on survival mechanics. We got in touch with Ed Gotovtsev, Founder of Fntastic, to learn more about this promising MMO survival game. Enjoy!

Hello Ed, and thank you for being here on Wccftech!

First of all, we’re grateful to you and your readers for the interest in The Day Before. The Day Before is the greatest game we've ever made at Fntastic. The creation of such a huge game was made possible by our partnership with one of the world's largest publishers, Mytona.

The inspiration of Ubisoft Massive's The Division seems pretty obvious at first glance from the trailer. What are you doing to differentiate The Day Before from this popular online game?

The Simpsons already did it, we know! We see that a lot of people from all over the world point out the similarities between The Day Before and The Division, as well as The Last of Us. It is great to hear, because New York in The Division is a very atmospheric location, and the animations in The Last of Us became an undeniable standard of quality. So, of course, we are inspired by their best parts, and it only confirms that our team has high standards of development. However, we're heading towards creating the best version of The Day Before ever, not trying to create a copy.

How long have you been working on the title, and with how many developers?

Almost 16,800 hours have passed since the first line of the code was written, and we are truly happy that we spent so many hours of our life creating the game of our dreams. We are creating a huge game, but I am deeply convinced of one thing - no matter how many resources you have, the important thing is how effective you use them. Now the number of people in our fantastic team is approaching 70, and we continue to grow and recruit hungry and talented guys from all over the planet. We use our own unique technological solutions to work remotely. We are innovative both in the creation of the game and in the development of the company.

Can you discuss the server structure of The Day Before? How many players will be in a single instance?

We have a very flexible server system. We're still testing the best number of players for the best possible experience in The Day Before.

How big is the world of The Day Before? Is there a dynamic time of day and weather system in place?

The Day Before features a large open world that you can freely navigate both on foot and by car without any loading screens. The focus is on the big city and its surroundings, but players will also be able to explore farms, vast meadows, small settlements, majestic forests, and snow-capped mountains. It is a hand-detailed world aiming to convey the romance of the post-apocalypse and in which players could live their own stories.

Weather changes are one of several things that make the game's world realistic and unpredictable. Wake up in the morning and make a cup of coffee on your bonfire, and at night, if you are lucky and it starts snowing, the wind will muffle the sounds and you can safely make your way unnoticed to any places, even the most dangerous ones. The main thing is not to get caught in a storm, because even the most equipped people will not survive on the street for more than 5 minutes. 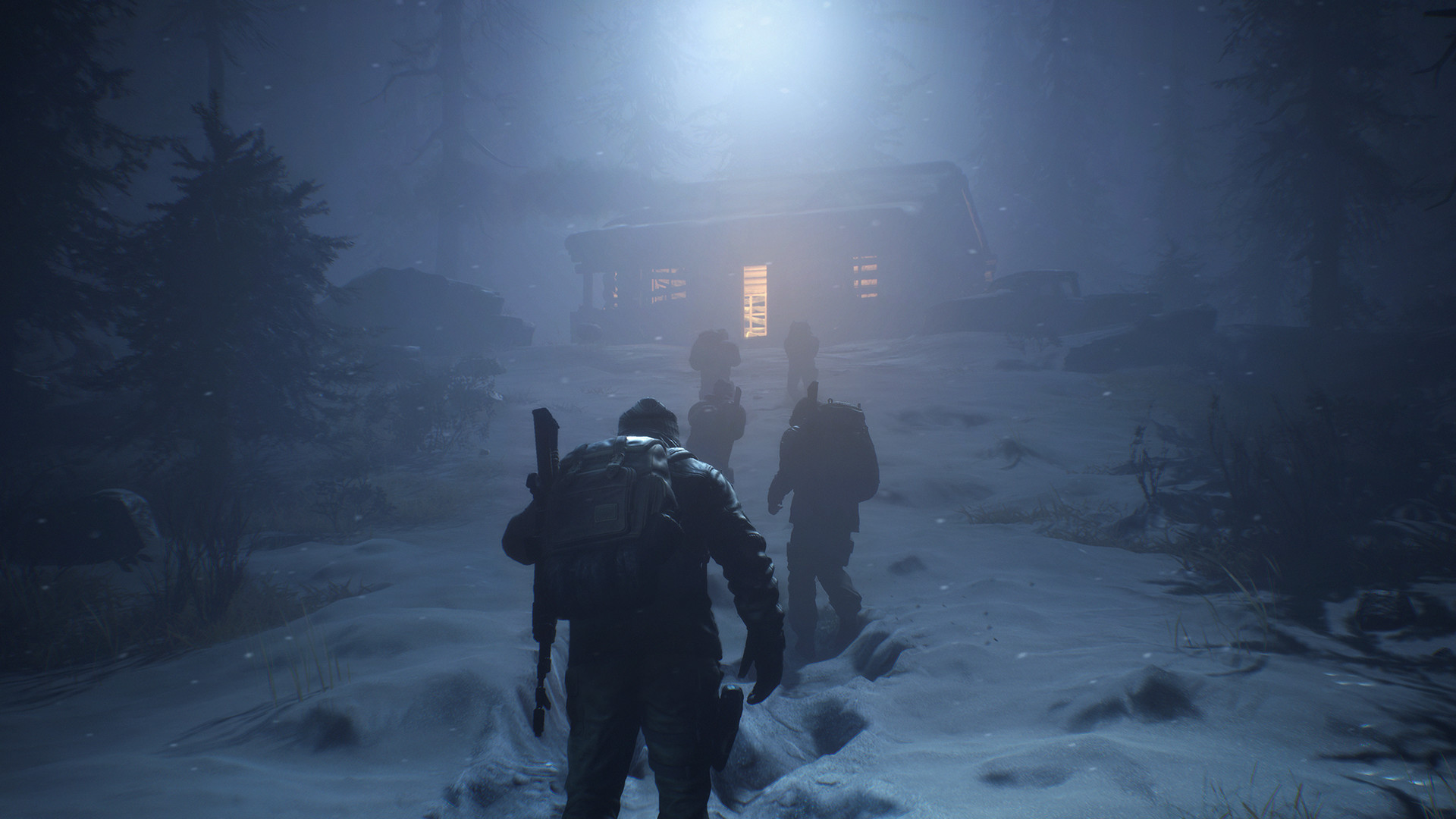 As I understand it, there will be vehicles in The Day Before. Can you divulge how those will work?

The game will include not only ordinary cars but also armored vehicles. Just imagine, we are walking together along the lifeless streets of the city, and skyscrapers once filled with people hang over us. We have the best assault rifles, and then we suddenly see a running armored vehicle ahead that notices us! To deal with such an enemy, you need a completely different approach.

When it comes to the Infected, what can we expect? Are there special enemies with different abilities, for example?

Let's imagine that a zombie apocalypse has come to your city. What zombie will you see? A three-meter zombie in a raincoat with a dignified gait, or an ordinary person with pale skin and crazy eyes, who is rushing to tear you apart? Do you agree that the second option sounds more credible? So in our game, zombies are divided into realistic varieties, for example, by their physique. Zombies react to sounds and rely on sight, and by the way, if you carry too many things, the sounds you make will be louder, and the chance that you will be heard will increase. Each contact with the infected may be your last. It is important for us to convey the same emotions from meeting a zombie as if it happened in real life.

Beyond the Infected, will players encounter any human NPCs (allies and/or foes)?

In Woodberry Survivor Colony, you can not only communicate with other players but also talk to the inhabitants of the colony, take tasks from them and reveal more details about the world. Also, you can meet human NPCs in cities and villages. But unlike the civilians of Woodberry, they are more likely to shoot you in your head instead of a greeting.

How does PvP work in The Day Before? Is it consensual or not? Are there any objectives, and is it possible to loot defeated players?

In The Day Before, players have absolute freedom. You can meet anyone and whenever you want, act as you want, cooperate with people or rob them - it's your choice. And, of course, you can loot the defeated players.

You've mentioned in the FAQ that there will be 'a lot of interesting activities for PvE lovers'. Can you provide us with specific details of what those might be?

If you watched our last trailer, then you probably saw a strange corridor. This corridor is a part of a large laboratory complex of the mysterious Azure Initiatives corporation. In general, such PvE places provide an opportunity for us to show the game in a different light. It will be like a cold shower after a boiling hot day! For us, game development is an art where we have no limits to our imagination.

How is character progression handled in The Day Before? Would you say that your game has RPG elements like loot, skill/talent trees, et cetera?

In The Day Before, a lot depends on the skill of the player. The game has no leveling, unrealistic numbers. We want every player, regardless of the number of hours in the game, to be on equal terms with a beginner. There will not be such a situation: if two players meet, then one of them says: “Oh, you are level 20, and I’m only 15. You are stronger than me." But at the same time, the game has a special reputation system in the survivors' camp. We will tell you about this system and show more in the following videos.

Will there be a clan system? What about the ability to claim a base and perhaps defend it against infected and/or other clans and players?

We approached this in a different way. We will show it in our next videos.

Will The Day Before support ray tracing and/or NVIDIA DLSS through Unreal Engine?

We intend to give our players the best gaming experience, and we have already received suggestions from Nvidia about it. So we're working on it.

Do you have any plans to release the title on consoles, too? If so, would it be on next-gen only?

No, we will not be able to port the game to your NES, but we are considering the next-gen consoles. Wait for a special announcement.

Will there be any beta test events before the launch on Steam?

Yes, of course, we will have mass tests involving thousands of lucky ones. It's great that our publisher has so many employees!

Can you discuss the post-launch update model? Is there going to be a cosmetic store with microtransactions?

We have so many cool ideas for upgrades that screw seriousness; sometimes, when we think about it, we can start running and jumping out of excitement and too much energy. For example, we are all inspired by holiday events, concerts with stars in the survivors camp, new locations, new weapons, cool skins, racing cars. There is so much fun you can do to brighten up post-apocalypse everyday life! Write what you would like to see in the comments below. As for the store, we don't care about that. It is not the main thing for us. The main thing for our team is to create the greatest MMO survival game.

Cheating is usually one of the most annoying issues in online games. What kind of anti-cheat system solutions are you going to use for The Day Before?

Prokopiy Tolstoukhov is the most advanced anti-cheat system ever created in the world. I'm kidding! Actually, our Chief Technical Officers are the ones who will have to decide which anti-cheat system we have to install in the game.