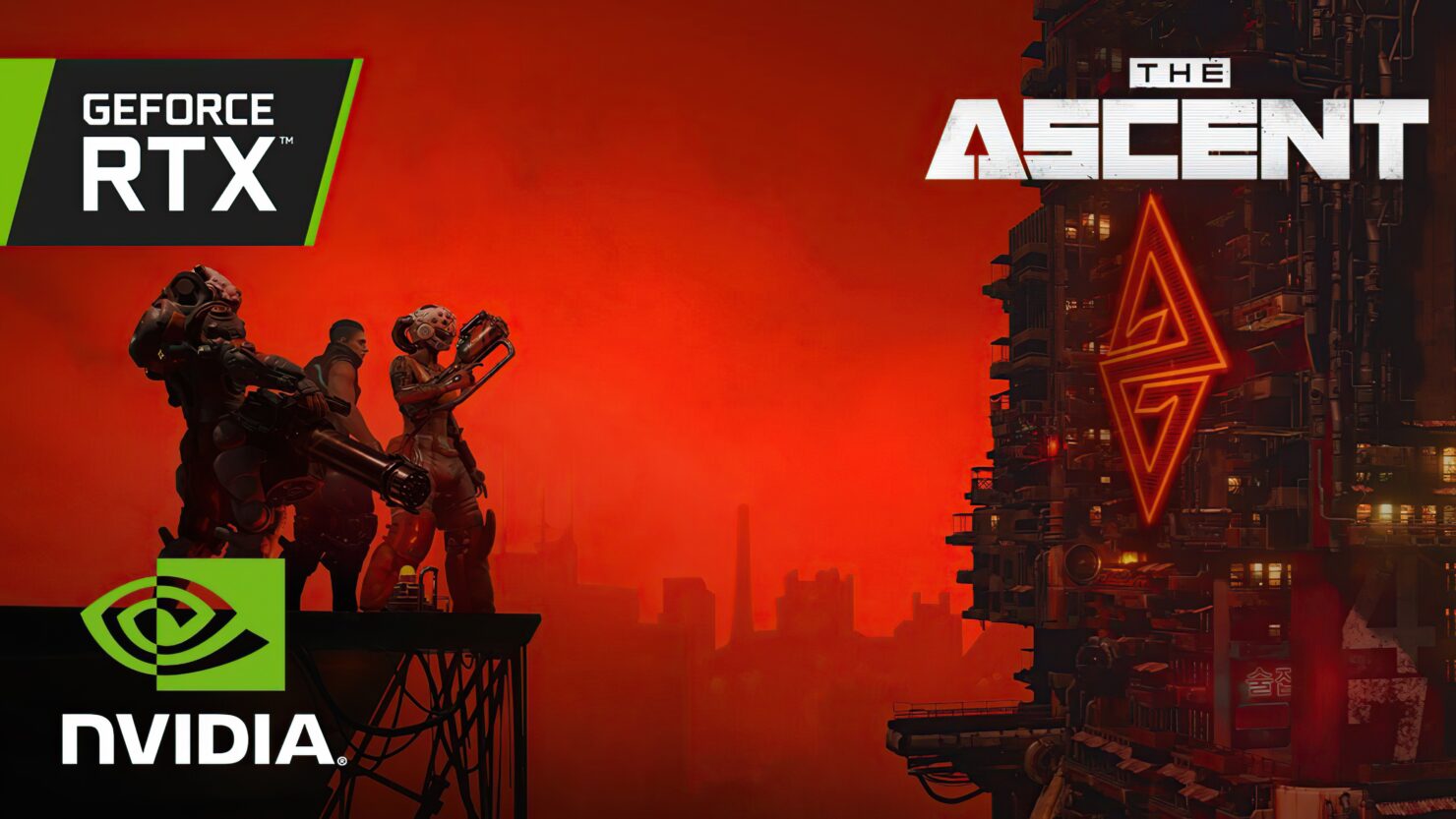 [UPDATE] The developers of The Ascent are looking into these issues, as per this tweet.

Hey there! This is something we are looking into. Please stay tuned for updates as they come.

[ORIGINAL STORY] We recently interviewed Neon Giant's Co-founder and Creative Director Tor Frick to talk about the main tech features of The Ascent, such as ray tracing and NVIDIA DLSS, both available on the PC version via Steam.

The Ascent is a bit of a special case, one would think the camera angle would make it easier to implement raytracing, but due to how much of the world we have loaded at any given time, we actually needed quite a few bespoke implementations for the raytracing, especially for the culling of geometry, since we do have a lot of that. It took a bit of back and forth to find the right methods for this.

Visually, we also tweaked the reflections both for performance, but also with an added layer of visual control to be able to enhance the effect. Things like the strength and roughness of the reflections, to make sure that the effect was brought out to its maximum. We have a lot of moving objects and animated shaders in the world, and we wanted to make use of that as much as possible. So when playing with raytraced reflections enabled you will actually see reflected animated billboards that are only visible with ray tracing, as they are outside the playable space. Just to bring that additional layer of life into the world.

For DLSS, we are currently on 2.1, but looking to upgrade to 2.2 either for launch or very shortly thereafter. The implementation went very smoothly, with some support from our friends at Nvidia.

However, it seems like neither ray tracing nor NVIDIA DLSS are available if you're playing The Ascent through your Game Pass subscription on PC. To be more precise, NVIDIA DLSS is completely missing, while ray tracing can be enabled but doesn't make any visual or performance difference.

Some Reddit users actually tried to inject NVIDIA DLSS files into the game, but the packaged nature of Game Pass games makes it nearly impossible to tinker as you would with any regular PC game (which is also why modding on Game Pass is still lagging behind). Let's hope the developers of The Ascent fix the broken ray tracing and add NVIDIA DLSS to this version of the game, but more importantly, Microsoft needs to improve both the accessibility to Game Pass files, so that PC gamers may freely tweak the files as they would with a regular Steam title, and the ensure that the feature set remains the same across all PC versions.

Otherwise, as good as a deal Game Pass currently is, it might not be enough for the hardcore PC gamer with missing features like these.