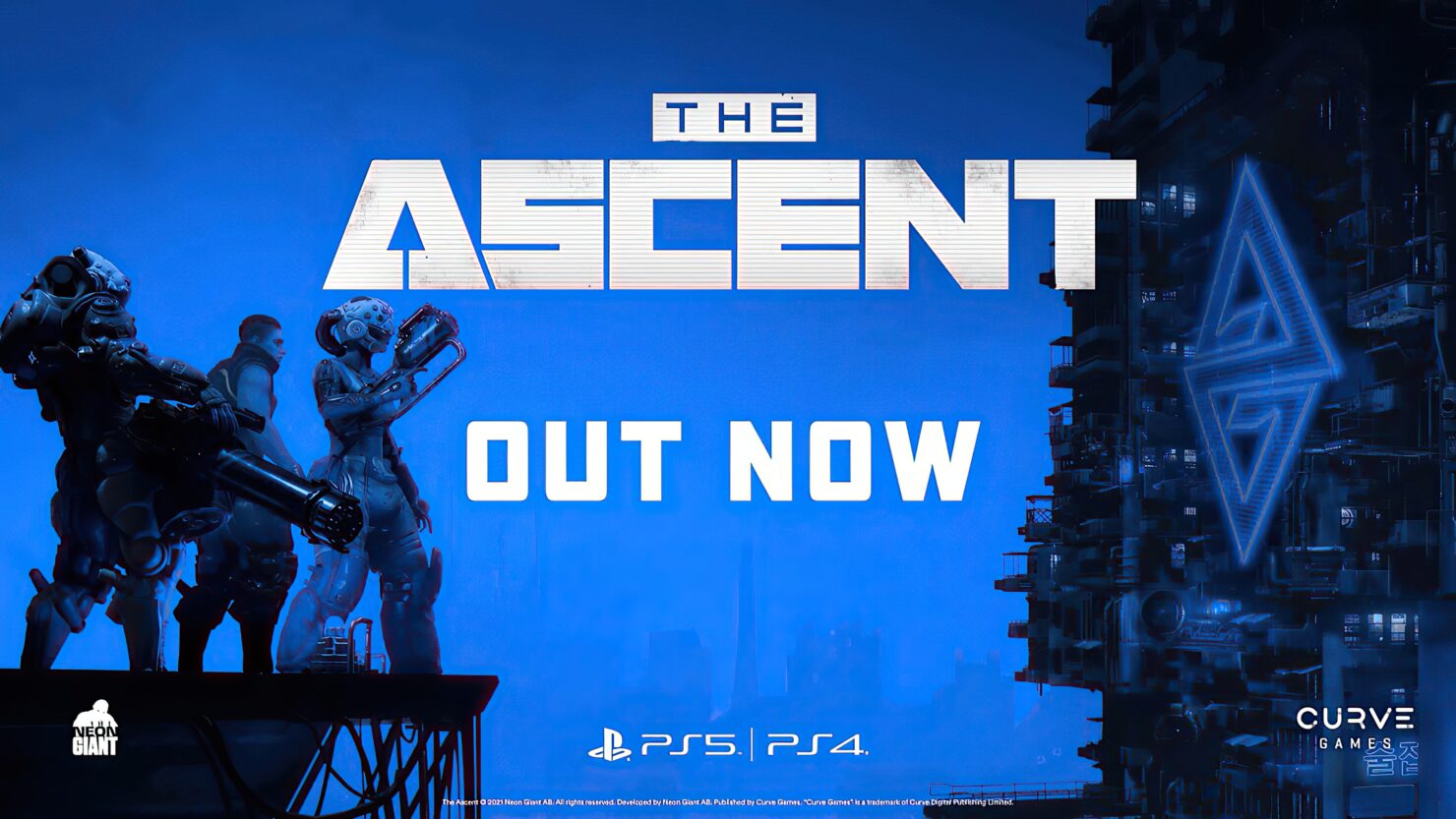 Last July, right in the middle of what's generally considered to be the low season for video game releases, Swedish indie studio Neon Giant launched its debut title, The Ascent.

An action RPG that plays like a twin-stick shooter and is set in a cyberpunk-inspired world, The Ascent was originally available only for PC and Xbox One/Xbox Series S|X, but the developers and publisher Curve Digital have recently released the game on PlayStation 4 and PlayStation 5, too. Meanwhile, all platforms received the New Game + mode for free.

Having previously interviewed Neon Giant co-founder and The Ascent Game Director Arcade Berg, we checked back with him to discuss the launch on PlayStation consoles and what's coming next for The Ascent.

It's been around eight months since The Ascent initially launched. What were the main learnings from this release?

Releasing a game as a small indie is very different from the AAA machine that we're used to. There are fewer people to sort everything out but just as many things to do. Who knew!

We were amazed by how people wanted more VERY shortly after release, and while we were working hard on more stuff from the second we finished the main game - there was no way for the fans to know. It might have served the community well to try and work out a roadmap and release it sooner than November. When we did, the community in itself could help with communication when someone asked because the info was out there.

Are you happy with the game's commercial performance?

How does New Game + extend the game's longevity?

New Game + lets you play the entire game again but with a major bump in challenge. We didn't just want to increase the numbers (increased levels, you can upgrade weapons further, etc.), so all enemies also have a bunch of new abilities that they can use, so you'll see a lot more stuff happening on the battlefield. It gives an actual change in how you play the game, which I think is very welcome.

Following this addition, is it possible that you may look into further expanding the endgame of The Ascent with more varied loot and/or unique items featuring special abilities?

It's a very non-answer, but "nothing is impossible". We're currently really trying to look at and listen to the community to see what's next for The Ascent. We're not done yet.

Some players have suggested the need to balance some underused skills and weapons. Is that something you're looking into?

That's a tricky one. I see and read those comments. And then I see someone saying that this underpowered thing is actually amazing if you do it like this or combine it with that. It's not always as straightforward as some people might suggest. Having said that, we have been and are making balancing adjustments along with the patches.

Any chance you may add a weapon wheel?

Not currently. We feel having to commit to two weapons with a quick swap puts that little extra thought into your loadout, and I'm just going to assume people don't want a wheel with just two halves.

You've released plenty of armor and weapon packs, but fans are eager to get a proper story-driven mission DLC or expansion. Is that something you're considering?

Like I was touching on above, we're looking closely, and we've seen that desire come up as well. It's not out of the question. Watch this space.

I've noticed that you introduced AI-based voice dialogues to The Ascent a few months ago. Are you planning to use this technology for future games, too?

It worked tremendously well and it's pretty damn cool. What's funny with that is that we didn't even know of the system when we were making the game, so it was a lot of fun to get to work with something so utterly cutting edge. With that experience, we will for sure be looking at what's the best fit for us regarding tech, tools, and AI.

Coming from the Xbox Series development, what were the differences when porting The Ascent to PlayStation 5?

All platforms come with their own quirks and manual. The big one was expanding the game to use the DualSense features.

Does the game look and perform the same?

In general, The Ascent on PlayStation is a snazzy version with higher quality bloom, SSAO, higher resolution volumetric fog, better SSR, better motion blur, and better AA. The PlayStation 5 hardware means The Ascent will be hitting 4K 60 FPS so that players can experience the beautiful world of Veles in high definition. It also has the great addition of the DualSense Controller with Haptic Feedback enhancing each interaction and battle, providing different sensations when shooting, dodging, sneaking and, of course, firing all the many MANY dynamic weapons. The DualSense Controller Speaker also adds an extra layer with additions such as the sound of health packs and enemy alerts dropping in the middle of the action, and advertisements playing as you roam the streets.

How does the game run on PlayStation 4?

Of course, it doesn't get all the bells and whistles as you'll get in the PS5 version - but the game runs very well with all the patches, updates, and Quality of Life improvements the game has seen since its initial launch. It runs at 1440p 30FPS on PS4 Pro and 900p 30FPS on PS4. We are also looking at implementing crossplay among all PlayStation platforms in the near future.

Can you talk about implementing haptic feedback and adaptive triggers in The Ascent?

It goes hand in hand with the sound design and fortunately, we had a very solid base for all sounds in The Ascent. With that, we could extend the feedback to be more nuanced and rewarding than before! And being able to use the speaker to convey certain types of sound makes for a really nice touch.

Will the PC version of the game also support the DualSense controller features?

The DualSense features are exclusive to PS5.

Could there be crossplay between all the platforms at some point?

That would be fantastic, but it's out of scope for our small studio as it's a very hefty undertaking.

Is there any chance the PS5 and Xbox Series X versions might still get ray tracing support in the future?

Currently, there are no plans on adding ray tracing as a late update.

Would you like to add anything specifically for The Ascent fans?

I would like to extend the entire studio's gratitude to all the fans and I hope they keep their eyes open as we'll continue to dig into the world of The Ascent. Without them, there would be no point in making games. Thank you.