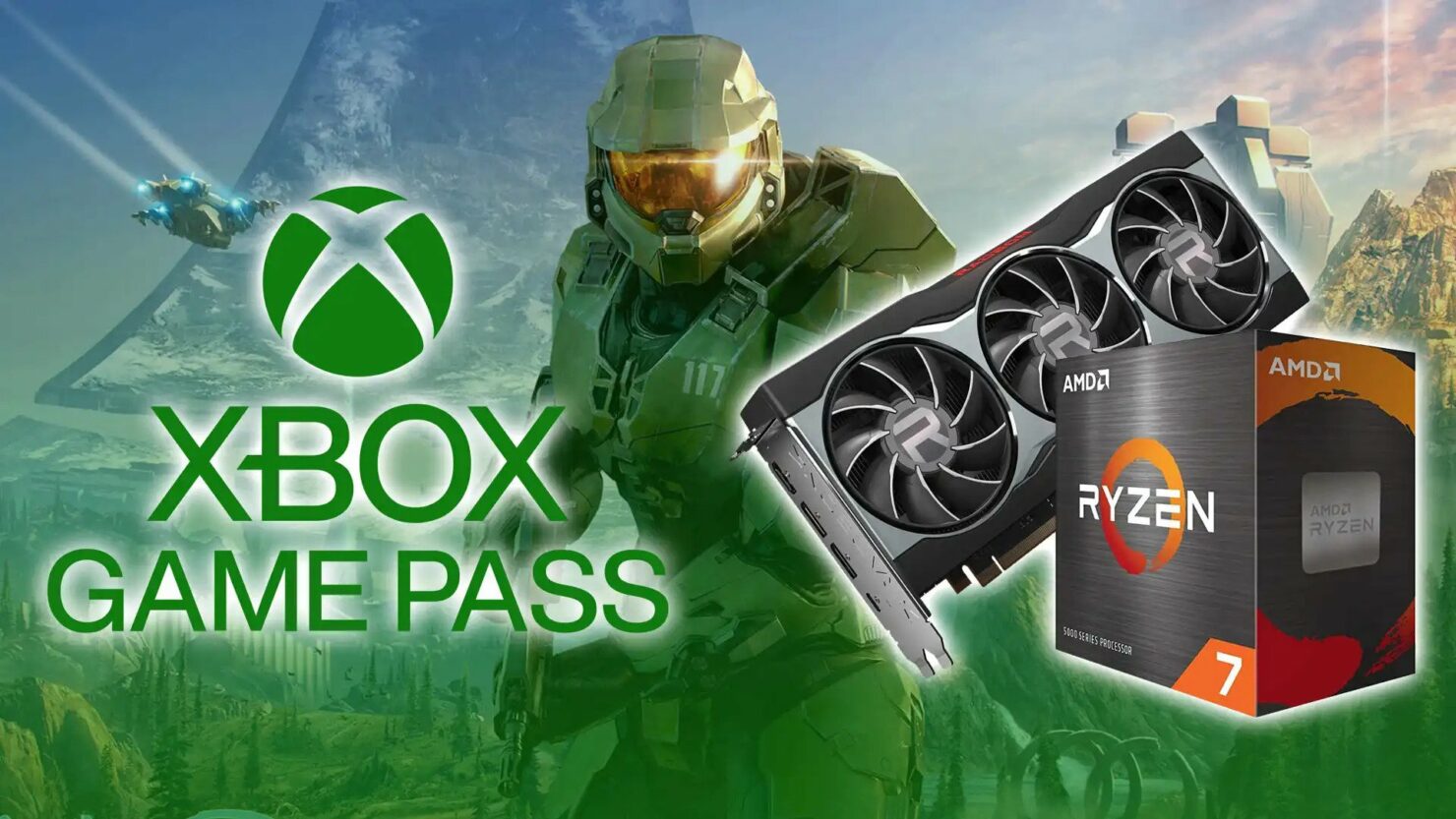 AMD hardware is pretty commonplace in the PC market. Making graphics cards and processors, they’ve been designing technology for 52 years. Sometimes their hardware comes with a bonus, which is what brings us to today’s deal, a pairing with Xbox and their Game Pass for PC service. Quite recently, the company introduced its Ryzen AM4 CPU refresh including the Ryzen 7 5700X which will hit retail for $299 US.

PC gaming and Microsoft have gone hand in hand for years now, not even just through Windows. Xbox’s titles have been released on PC for a few years now, with games like Gears of War 4 and Halo: The Master Chief Collection. Xbox Game Pass for PC allows you to access hundreds of titles at no charge outside of the subscription fee. With this in mind, the processor and graphic card giant has a cool deal for you today.

For a limited time, if you purchase an AMD Graphics Card or Ryzen Processor from their supported list, you can also get one month of Xbox Game Pass for PC for free as an additional bonus. You can view the list of supported processors and graphics cards here, as only certain products apply. To list a few in each category, there are:

AMD has also provided a page that shows what retailers you can purchase these participating products from, along with what regions you can buy them at. These retailers include but are not limited to:

This deal is available in participating stores in North America, Europe, Asia and the Pacific, the Middle East, and Africa, with each location having at least one store to its name. You can go online and shop for these products and get the deal’s benefits for yourself, or go to your local participating store and do it in person.