Tesla Motors CEO Elon Musk hopes that Tesla Model 3 will finally be able to reach the masses with the unveiling of the company’s latest vehicle carrying a price of $35,000. 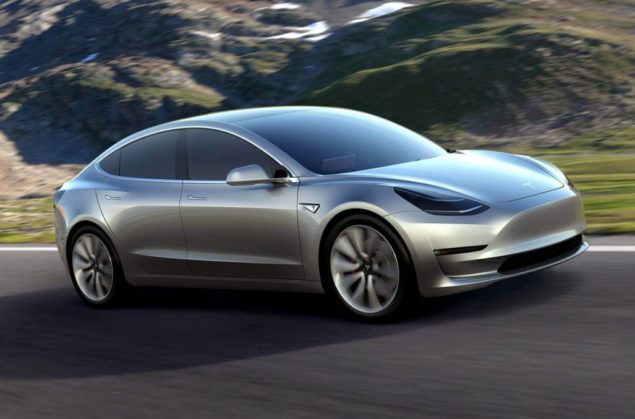 Carrying a price of $35,000 would mean that Tesla Model 3 would come with more than its fair share of compromises, but according to the firm, it sports similar features as those coming with a larger price tag. The base model can travel from 0-60mph in just 6 seconds. Additionally, the car will be able to deliver a minimum of 215 miles of range on a single charge, and more than 130,000 reservations carrying a price of $1,000 per reservation have been accumulated by the company. 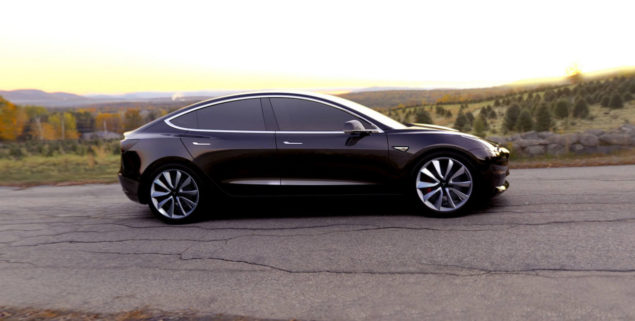 Despite the fact that what the company is claiming is rather bold, CEO Elon Musk states that consumers will not be able to find a better than for $35,000, and according to the executive, it also happens to be the safest car in the world right now. All Model 3 cars will include support for Tesla's high-speed Supercharging network, and by the end of 2017 when deliveries start commencing, Tesla states that it will have a total of 7,200 Superchargers, double the number available today.

There are features that have been ported from Model S to Tesla Model 3, and they happen to be the rear-wheel drive and all-wheel drive versions, along with a 15-inch landscape touchscreen inside. The 15 inch touchscreen is a small downgrade as opposed to the 17 inch touchscreen that came with Model S and X. The Autopilot hardware is standard, and all safety features will be active automatically. Since it has been targeted to the masses, Musk states that it will easily be able to accommodate five adults.

During the announcement of Tesla Model 3 this evening, Elon Musk displayed his gratitude for consumers who purchased the Model S and Model X, since it provided the company with the necessary amount of funding to mass produce the affordable vehicle. If you want to pre-order the vehicle, you can visit the company’s page right here. There is also a reveal video posted below so make sure you watch that in order to see the grand unveiling of the vehicle.

Tesla Model 3 Is Not Going To Get A Free Supercharger