The television and display manufacturer is currently producing a 32" display with an amazing 4K 240Hz refresh rate, and an unbelievably fast refresh rate not seen in any current monitors on the gaming display market. There is a lot of information lacking about the display, however, with the exception of a blurb in the press releases for their products later released to the Chinese media. 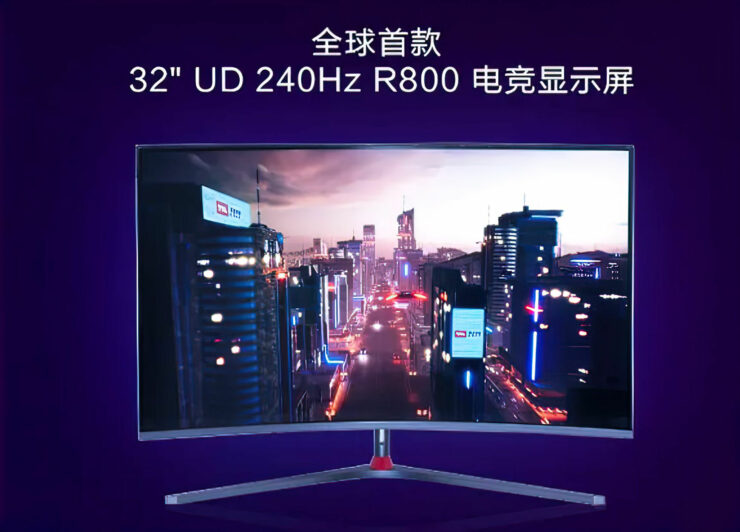 ITHome mentioned in a recent post that for a display of this type it would be expected to offer a 1ms response time using TCL's in-house algorithm for image compression. Also, the website did state that we have already seen several displays released over the last half of this year with HDMI 2.1 technology and DisplayPort 2.0, the next-gen connectivity offered by most newer displays. Outside of that information, without any known specifications revealed by TCL at this time, we do not know any other facts, such as the number of bits shown, power levels, and other crucial information.

The press materials did call the display the "32-inch UD 240Hz R800 Gaming Display." With a display having that high of a refresh rate, the level of immersive graphics would be more realistic than other offerings of that size. The material showed also showcases the curvature of the display, which is becoming more of a standard in displays, including those for gaming, to reduce eye strain.

It is also noted that TCL typically only manufactures displays for OEMs to rebrand later, so for them to showcase this new monitor, it is speculated that the technology might be used by a partner in the near future.