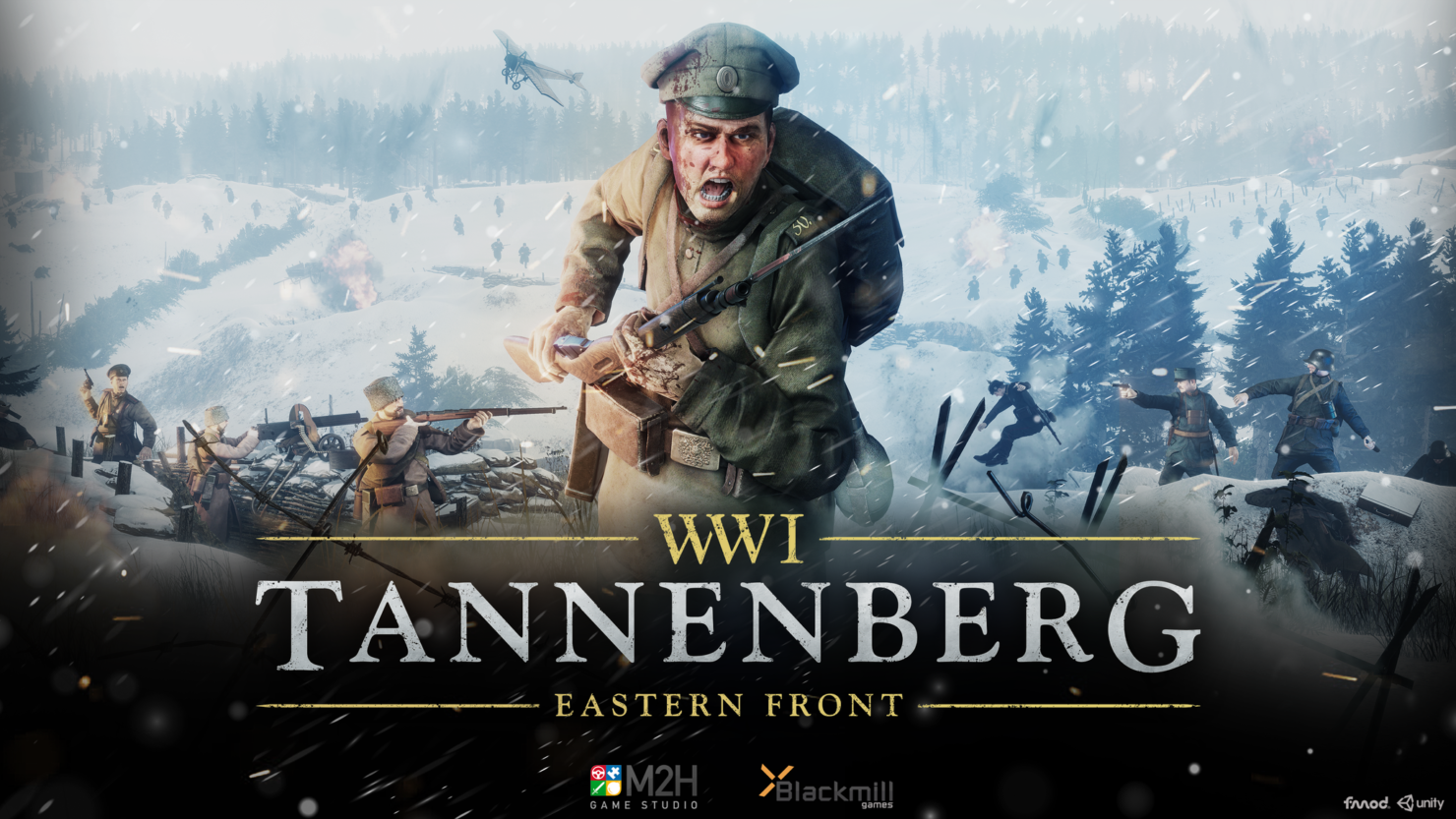 Tannenberg isn't a game we've spoken a lot about. It's a shame because the developers at M2H can certainly make a good game. Verdun, their previous WW1 shooter, was an engaging game and it seems that Tannenberg, going by the very positive review ranking on Steam, seems to be the same.

Following last years' news that Tannenberg was coming to consoles, targeted to hit around wintertime, it's now been announced that the game is finally coming to consoles. On the 24th of July, Tannenberg will finally bring the trench-based warfare of WW1 - a somewhat more realistic version than that found in Battlefield One - to your consoles. Also, with the console version comes the launch of a brand new map, Przemyśl. This new map is described as follows:

The fortified town of Przemyśl was the site of the longest siege in the First World War, where the Austro-Hungarian defenders eventually surrendered to the Russians. Large fortifications make this a very different battlefield compared to the generally more open areas seen in many Tannenberg maps.

It's also worth mentioning that M2H have kept the full development of Tannenberg's console version in-house, much like the well-received remaster of Verdun. This was in a push to retain the quality that is expected by themselves and by the audience of the game. I personally own the game on Steam, having bought it since I was a fan of Verdun and I can recommend it.

On the topic of in-house development, Mike Hergaarden had this to say:

Following community feedback after the initial Verdun console release, we decided to handle all console versions of our titles in house - this started with the recent remaster of Verdun. This gave us valuable experience with optimizing the UI, graphics and controls for Xbox One and PlayStation 4, and we got a lot of positive feedback from players. For the console version of Tannenberg we built it ourselves from the start

Tannenberg's console version will also take advantage of the increased power PS4 Pro and Xbox One X in relation to the other console versions. It is possible to pre-order Tannenberg on the Xbox One with a 10% discount at this moment of time, with no deals visible on the PlayStation store.