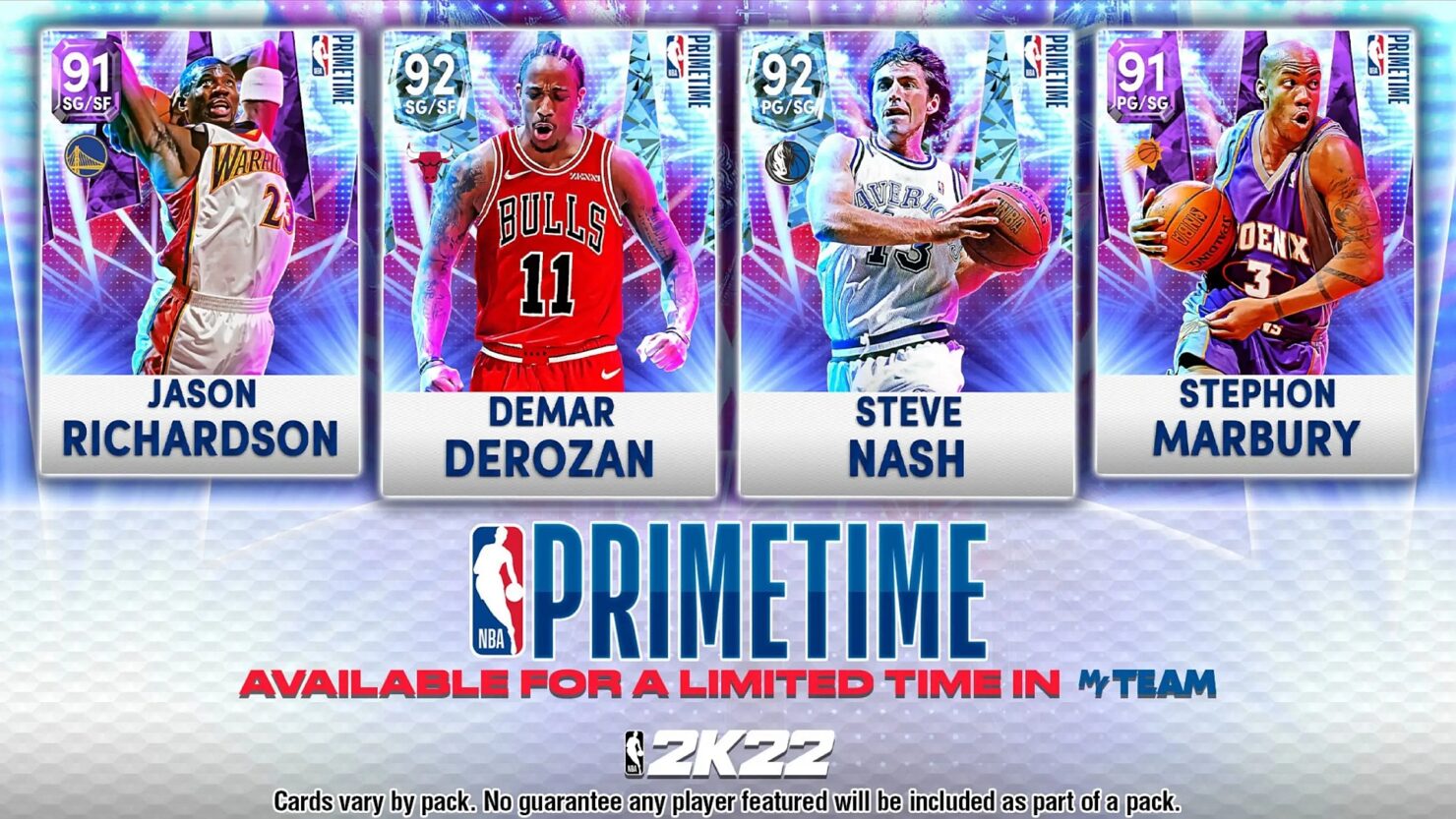 Game publisher Take-Two Interactive has been hit by a class-action lawsuit aimed at NBA 2K's loot boxes and microtransactions. The lawsuit was originally filed on behalf of a minor's guardian on January 11, 2022, in Winnebago County Circuit Court before being moved to the Illinois Northern District Court (Western Division) in late February. Website ClassAction.org has shared the full 30-page document; you can check it out here.

The fixed price model, where customers purchase NBA 2K to access its content, is deceptive where customers believe they will have a comprehensive playing experience after their transaction, only to find out the game is littered with microtransactions which are necessary for players, including minors, to advance and compete within the game. [...]

Take-Two, through its card pack loot box scheme, sells loot boxes which contain items and player cards which are not revealed until after the player purchased the loot box and thereby committed to an irreversible transaction even though they did not know what items or player cards they would receive. Critically, Take-Two obscures the odds of receiving the rarest player cards in its loot boxes, luring players into making more and more purchases on the off chance that the next loot box will contain the item or player card they are seeking. In other words, the chances of receiving a valuable in-game item are random.

This system was created to capitalize on and encourage addictive behaviors, akin to gambling. Minors are especially susceptible to these addiction-enhancing elements of game design. The experience of acquiring surprise rewards and the associated excitement of uncovering unexpected in-game items and player cards hold a strong appeal for minors and reinforces their desire to keep playing, keep getting rewards, and continuously submit to Take-Two’s microtransactions.

Of course, this is far from the first time Take-Two and NBA 2K have been under criticism due to the loot boxes and microtransactions. A couple of years ago, a particularly gambling focused trailer of NBA 2K20 prompted a response by the ESRB. Even earlier than that, in 2018, the publisher was forced to tweak the game's microtransactions in countries like the Netherlands and Belgium due to their strict anti-gambling laws.

We'll keep you apprised of any further developments coming from this class-action lawsuit. In other Take-Two news, the publisher is the latest to join the many companies withdrawing from the Russian market.

We have watched recent events unfold in Ukraine with concern and sadness. After significant consideration, last week, we decided to stop new sales, installations, and marketing support across all our labels in Russia and Belarus at this time.