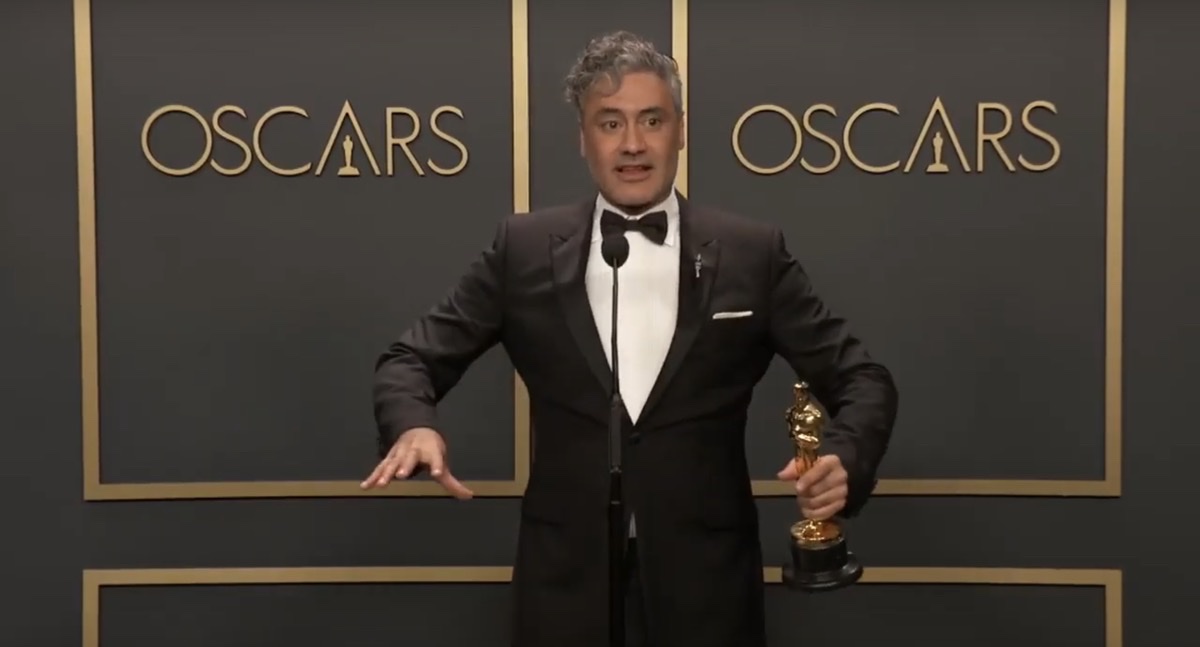 Director Taika Waititi gave Apple an earful after winning an Oscar for Best Adapted Screenplay. In his backstage interview, he blasted Apple’s keyboards as being “impossible to write on”. Taika even went on to say that they make him “want to go back to PCs”.

Taika Waititi is a renowned director and had 2 Oscar nominations to his name, before winning his first Oscar today. His works include the likes of Thor: Ragnarok, What We Do in the Shadows, and Jojo Rabbit, for which he won the Oscar for the best Adapted Screenplay. He is known to be a very candid person in his stage appearances and interviews, and he was his usual honest self when inquired about what writers should ask for in the next round of talks with producers.

The question was asked by Anthony from Deadline:

With the upcoming Writers Guild talks, I was just curious, what are some of the needs that you believe that writers should be asking for the next round of talks with the producers?

Taika Waititi used this opportunity to lambast Apple’s butterfly keyboards, which have plagued MacBook users since 2015. He shared how they make it impossible to write on because the “bounce back” is not good. Taika also said that they make him want to go back to PCs. He also mentioned that he has shoulder and joint problems, which are not helped by Apple’s keyboards as the keys are too close to each other, making the keyboard feel cramped.

Here is the full video, starting from 2:00 minutes, where Taika is asked the question:

Here is the complete transcript of Taika’s response, loosely put together from the video.

Apple needs to fix those keyboards. They are impossible to write on. They've gotten worse. Makes me want to go back to PCs because on PC keyboards the bounce back for your fingers is way better.. ..you know what I'm talking about, this is way better keyboard and those Apple keyboards are horrendous especially as the computers as laptops get newer and newer I mean the latest, the latest new iMac the keyboards are worse and I've got some shoulder problems. I've got like a sort of loose tendon that goes from my forearm down into the thumb, you know what I'm talking, you guys are writing, and what happens is you open the laptop and you‘re like this. We've just got to fix those keyboards. WGA needs to step in and actually do something.

Taika Waititi is not the first person to talk about Apple’s keyboard problems and will likely not be the last one either. Apple really messed up with butterfly keyboards, starting with the 2015 MacBook, and customers have been complaining ever since. Instead of instantly switching back to the reliable old scissor-mechanism, the company continued to iterate on the butterfly keyboard but was unable to fix the actual issues. There is even a class-action lawsuit against Apple’s butterfly keyboards, which means that the company might need to compensate customers.

In its pursuit for thinner products, Apple made one of the biggest blunders in its history of portable computers and should rightfully be called out by people who spent their heard-earned money on a subpar user experience.