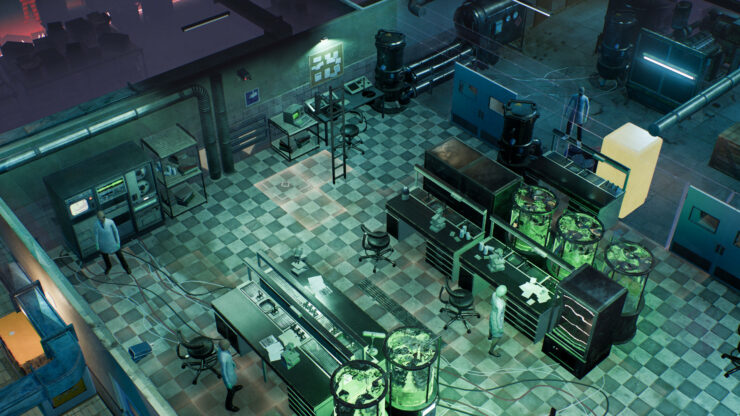 Good Shepherd Entertainment and indie developer CreativeForge Games announced a new tactical game called Phantom Doctrine, a game that promises to be please fans of the XCOM series as well as those who like real history inspired stories.

Phantom Doctrine will be set in 1983 during the Cold War, where players will lead The Cabal, a secret organization fighting a global conspiracy aiming to control the world by creating chaos between nations. To avoid this from happening, players will have to operate from the shadows to capture enemies, create double agents and more. Everything will be made more engaging by the soundtrack, which is being composed by The Witcher 3 composer Marcin Przybylowicz.

Expanded battlefield: position assets around the world and call for assistance in the middle of battle when you need it most. Just remember, the enemy can bring their own reinforcements, heavy weapons or even air support and their toy box is much bigger than yours.

Knowing is half the battle: scout mission locations ahead of time, infiltrate with undercover operatives and improve your odds. Elite enemy agents with their own agenda are always ready to spring their own ambushes.
Go loud or go home (stealthily): fully-fledged stealth gameplay with silenced weapons, silent takedowns and cutting-edge Cold War era security technology. All this makes completing entire operations clandestinely a viable option.

Run your own counterintelligence organization: recruit subjects of top secret government experiments, operatives of the world’s secret services, KGB & CIA included, or even criminals. Manage a global operation, securing weapons, resources and contacts. Command from a distance or go hands-on to fight for the real stakes.

Employ technology ruthlessly to your advantage: learn from the enemy or research your own methods for brainwashing, interrogation, body engineering and chemical enhancement.

Phantom Doctrine is currently in development for PC and consoles for a 2018 release. More information can be found on the game's Steam page.