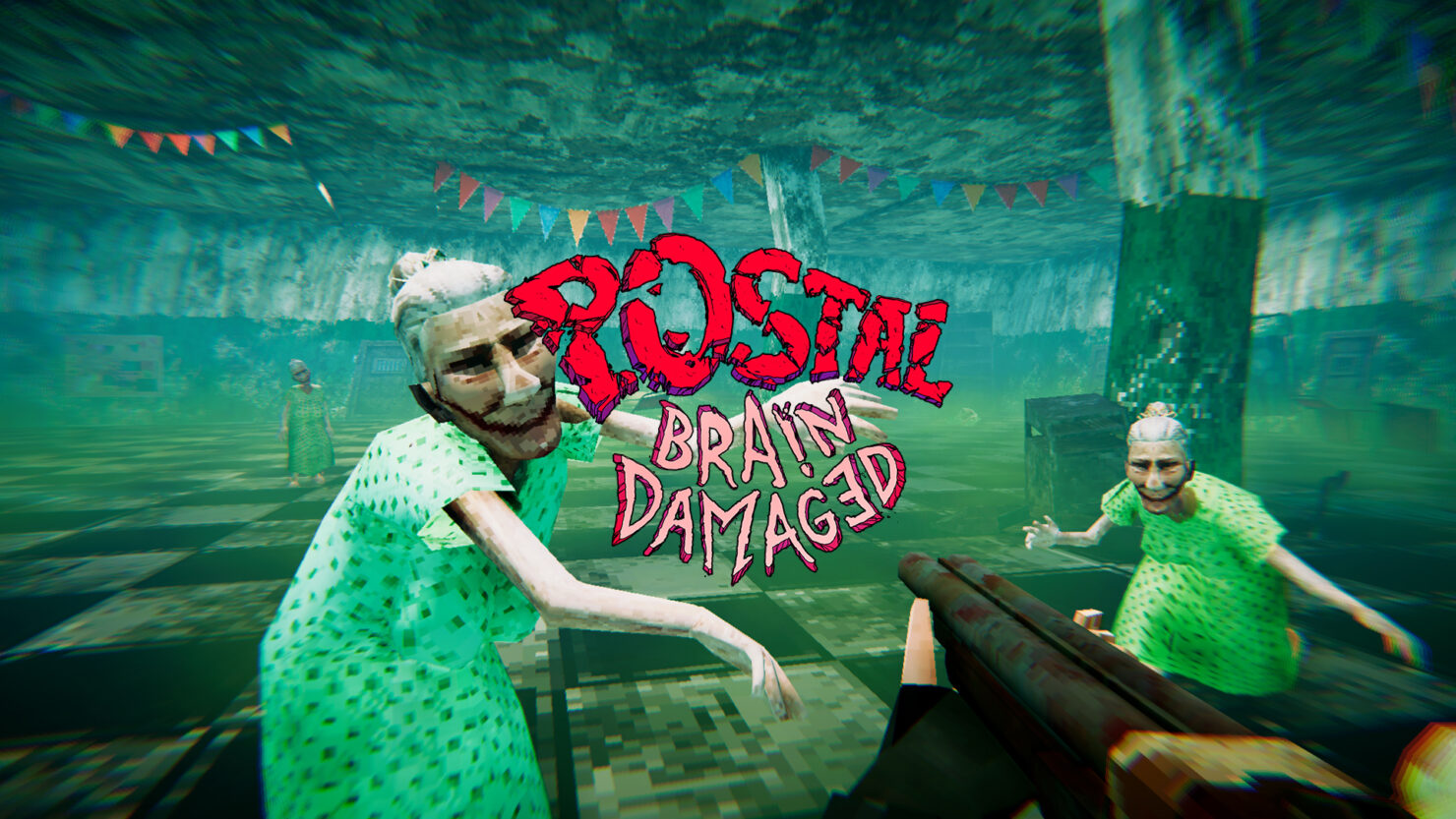 POSTAL has long been a series of questionable merit, though an undeniable fanbase following the successes of POSTAL and POSTAL 2, developed by Running With Scissors. POSTAL 3, developed and published by the now-defunct Akella, was abysmal, but Running With Scissors made a surprise return, releasing POSTAL 4: No Regerts last year. Now they're teaming up with developers Hyperstrange and CreativeForge Games to make an acid-trip of a spinoff, POSTAL: Brain Damaged.

Announced today during Realms Deep, POSTAL: Brain Damaged transports you to a twisted world of monstrosities inside the POSTAL Dude's head. Well, you can see it in the trailer below:

Here's the blurb for the game:

As high class as the series always has been, it seems. But honestly, I don't have a problem with this. If the gameplay is good I'll no doubt have a bit of fun with the game, and the gameplay sounds like it's going to be 'retro'. Well, it specifically states it's going to be retro, the game looking to feature "the hardcore spirit of badass '90s shooters" across a host of "massive retro-styled stages".

Of course, it wouldn't be a postal game without the series' sense of humour. How much of that will appeal to you, or me, remains to be seen, but it's certainly looking to be a major selling point, a recent release from publishers Running With Scissors saying this:

POSTAL: Brain Damaged boasts the series’ beloved over-the-top parody and satire of pop culture, politics, and modern society. Escape from reality and unwind while beating back hippies, fleeing from flying fluids, and wiping out enemies to your heart’s content while pixelated blood spurts forth and a thrashing old school soundtrack thumps with every gun blast.

Postal: Brain Damaged will be releasing for the PC and Consoles next year. Vince Desi, founder of Running with Scissors had this to say:

They just don’t make badass shooters like they used to. Brain Damaged takes the torch from all the pretenders while excreting everything fans want to see from the series that once birthed “The Worst Game Ever™”. The Dude is back and dirtier than ever!