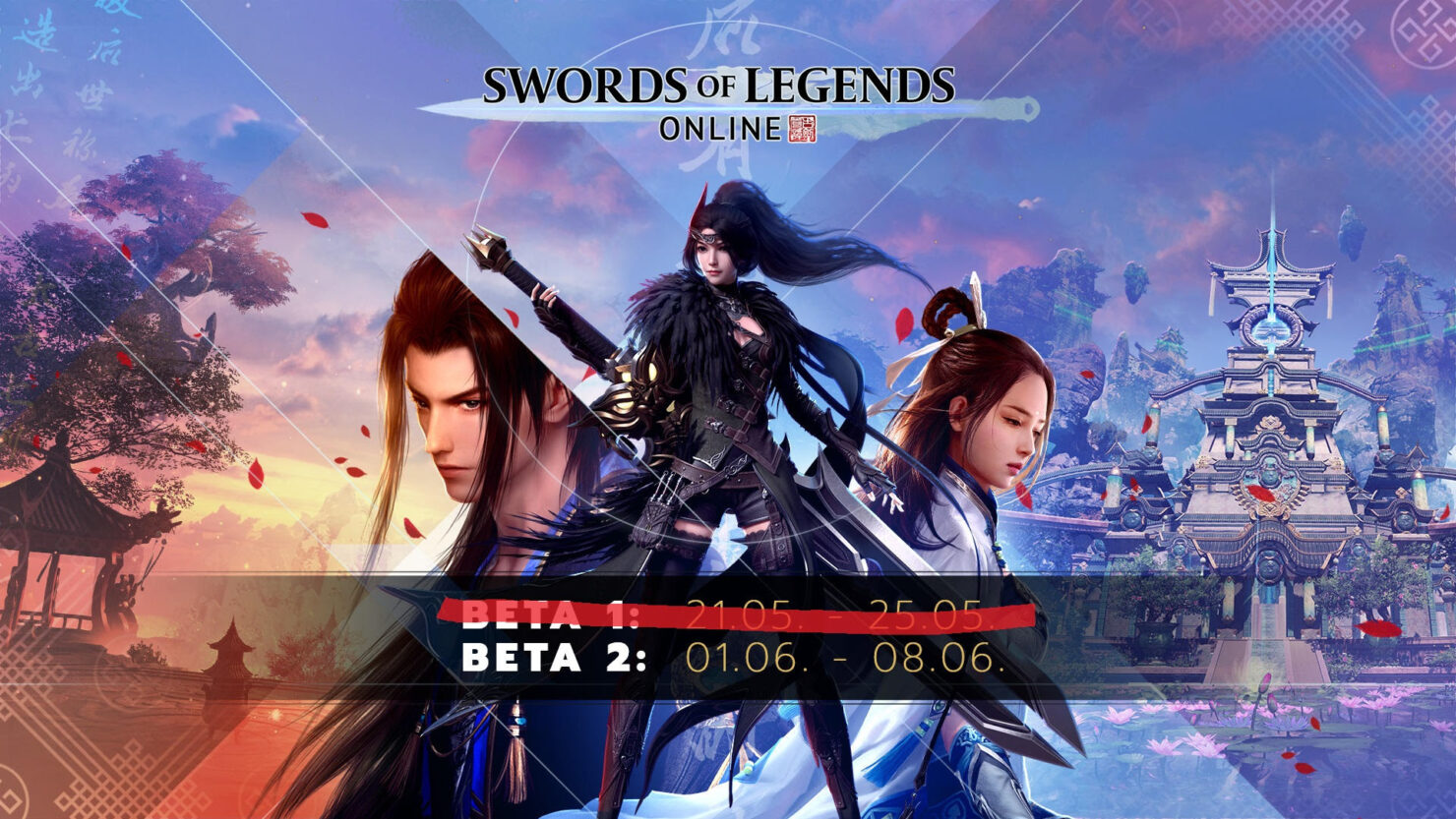 Now, ahead of the second Closed Beta Test week that's due to take place between June 1st and June 8th, we are giving away a thousand beta codes so that you may try Swords of Legends Online yourself.

As always, the codes will be distributed on a first-come, first-served basis. Once you've received your key from the code below, download the Gameforge client and install it, log in to the account you wish to use for the game, and click on the account name on the top right. Then, select ‘Redeem coupon’ and enter your beta key to unlock the Swords of Legends Online beta. Enjoy!

Swords of Legends Online is an action MMORPG set in a breathtaking fantasy world with sophisticated combat mechanics and a unique storyline based on Chinese mythology. Explore the world with 6 different classes, engage in epic PvP encounters, take on challenging dungeons and reach the fascinating endgame.

The action combat system places a panoply of mystical skills at your disposal for you to continually hone and improve in adrenaline-pumping encounters. Skilfully dodge enemy attacks, combo your skills, and switch between action and tab-targeted combat as you choose.

Each of the six available classes has two roles for you to gear up and switch between depending on the needs of your mission. Visit your class’ unique heartlands on your adventures to unlock new quest lines and further improve your character’s skill set.

Swords of Legends Online tells its extraordinary saga through beautifully voiced cutscenes. The story weaves together belligerent gods, an ancient war between peoples, and the eponymous legendary swords that were once wielded by celebrated heroes of a bygone era, and which now inspire the quest for peace.

Gain access to your very own floating island on which to build a magnificent temple and garden as your own residence. Sculpt the landscape with the huge range of modification options, and gain inspiration as you visit the islands of your friends and neighbours on the back of a flying mount.

For a detailed class overview, check out our previous article. For the latest official trailers focused on PvP and housing, click the embedded videos below. Swords of Legends Online doesn't have a launch date yet, but it is expected to be available before the end of the Summer.