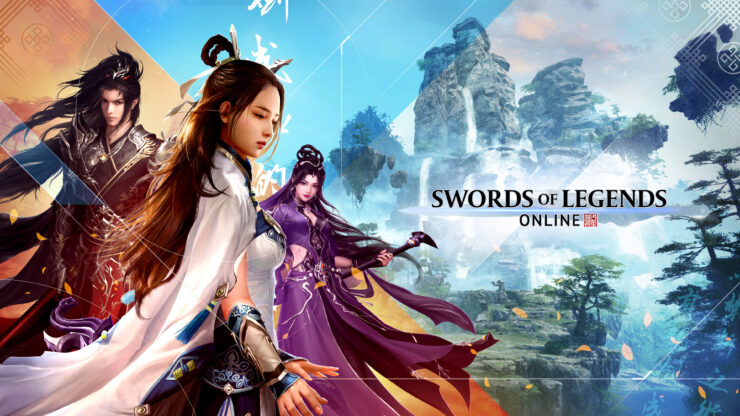 A new MMORPG is coming to Western countries (North America, Latin America, and Europe) from Chinese developers Wangyuan Shengtang & Aurogon, who announced to have partnered with Gameforge to launch Swords of Legends Online later this year.

The game is a 'fully remastered and improved' version of Gu Jian Qi Tan Online, which launched in China in July 2019. Indeed, Swords of Legends Online belongs to the acclaimed Gujian series, which spawned a series of games (the latest released in late 2018 on Steam to positive reviews) and even a TV series.

Swords of Legends Online can be pre-ordered now via Steam, Epic Games Store, and the Gameforge client. There will be three editions to choose from, ranging from $39.99 (Base) to $59.99 (Deluxe) and $99.99 (Collector's). All pre-order customers are getting exclusive cosmetic items, closed beta access, and the ability to create their character and reserve his/her name ahead of the release.