Switch Between Dark / Light Theme In Twitter For Mac – How To

Here's a complete step by step guide on how to switch between dark or light theme in Twitter for Mac. 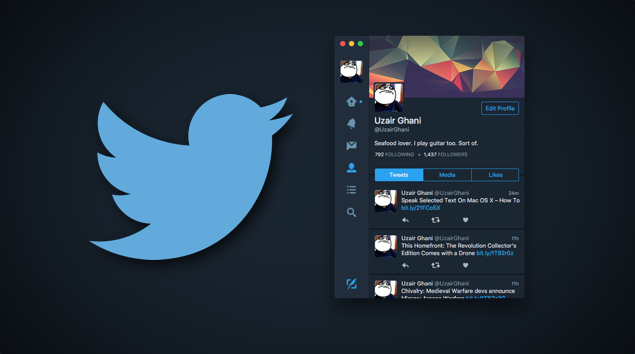 Twitter for Mac got the much needed update on the Mac a while back, bringing with it a ton of visual enhancements, finally giving it a good place right next to its iOS counterpart. But apart from the visual boost, the app is now much more faster than before, and Twitter is working round the clock to make sure that things are as pristine as possible for users.

In today's guide however, we will stick to the 'visual' part of the app, and show our readers how they can switch between the light and dark theme in a few easy steps.

1. First and foremost, download and install the Twitter for Mac app from the Mac App Store - download link. It's absolutely free, and if you're a Twitter user then we highly recommend that you give it a go as it simplifies things to the nth degree.

2. Launch the app from the Launchpad and sign in if you haven't already and wait for things to load up properly. 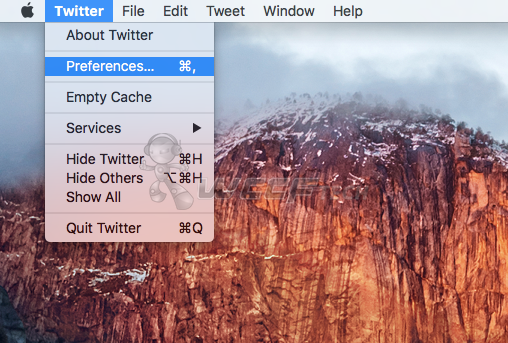 5. You'll now be presented with a bunch of options. Find the drop-down option that reads 'Theme.'

6. Select 'Dark Theme' or 'Light Theme.' It's completely your preference which one you want to go for. 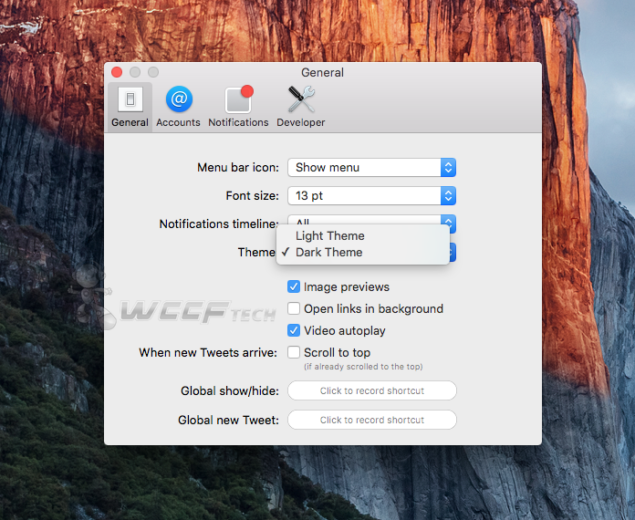 If you have a dark wallpaper setup and also happen to be using the dark theme throughout OS X, then we would highly suggest that you make use of the 'Dark Theme' in Twitter for Mac, to blend everything together in a pro manner. 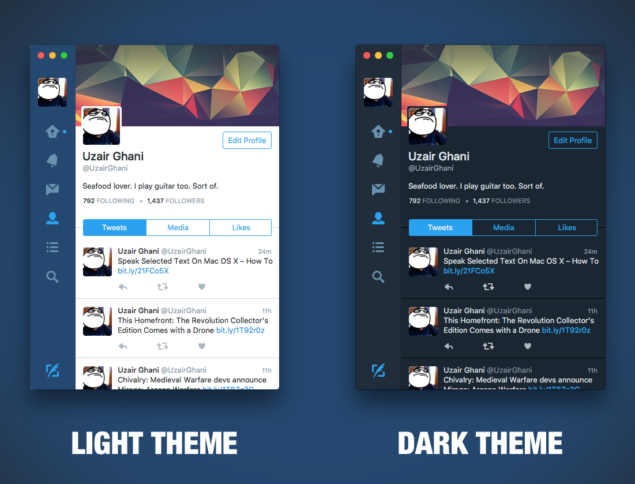 Now that you've mastered the art of switching between the dark and light theme in Twitter for Mac, now it's totally up to you how you plan on using the newfound feature in said app. And quite frankly, while we do believe that the feature is insanely awesome from an aesthetic point of view, but it would be great if we could schedule when the app would automatically switch to the light or dark theme.

We're certain that this feature will arrive at some point in the future. Till then, you can switch things manually and fulfill your needs according to your liking.