To augment the experience of the user on Apple’s Mac desktop machines, microblogging website Twitter has announced a revamped Twitter for Mac application. Let us see all the changes that will be brought into the upcoming app. 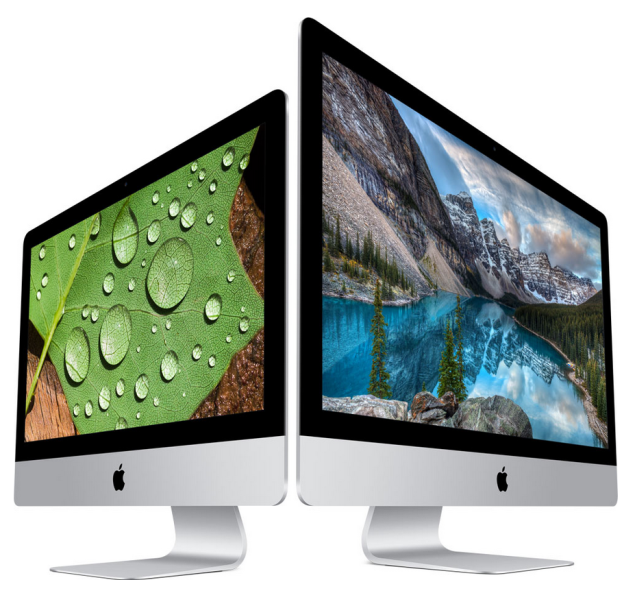 During Twitter Flight, which happens to be Twitter’s developer conference, the social networking company announced that it had revamped and updated the Twitter for Mac application. For those who are thoroughly excited for the app will be left bitterly disappointed because the application is not going to be officially released for a few months, and to top it all, the launch date of the app is yet to be decided. So for those of you who wanted to experience the brand new embellished environment will have to muster up a lot of patience.

However, that does not mean that Twitter did not run through a few great features of Twitter for Mac. Starting off, some of these features will include in-line Vine and video playback, along with group Direct Messages. Additionally, the application will also include photos in Direct Messages and in-line replies too. In order to keep you up to date with the latest trending topics and whatever that is happening around the globe, Twitter for Mac will also display highlights in the notifications center. 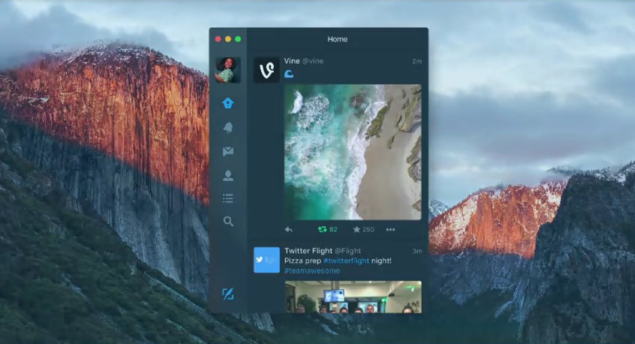 For those of you who are not too fond of lighter themes, Twitter for Mac also comes in a dark mode, and from the tweet that you can see below, Vine cofounder Rus Yusopov seems rather taken with it. Last, but certainly not least, Twitter for Mac also has a handful of third-party competitors, out of which the most notorious one happens to be TweetBot. 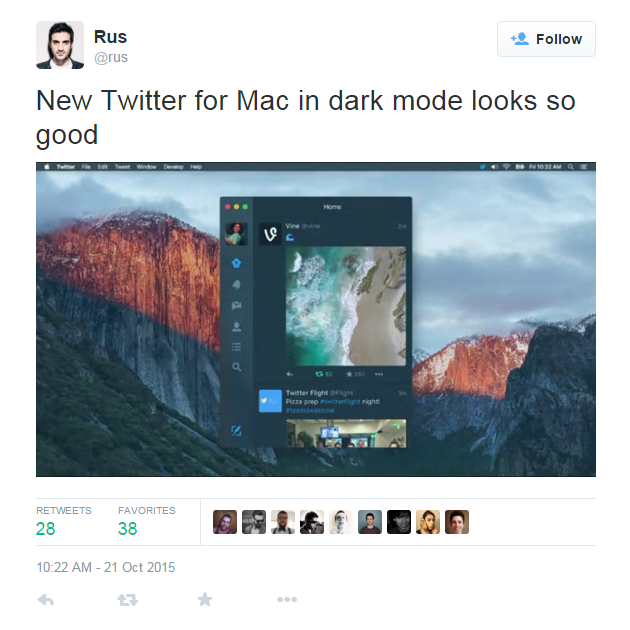 However, Twitter will be the first one to make the new additions and features to the desktop application. Are you excited to see the new application for your Mac? Do let us know your thoughts.