SwiftKey Keyboard For iPhone, iPad Gets a Theme Store

SwiftKey Keyboard, regarded by many on Android and iOS as the best third-party offering available, has just been handed an update for iPhone and iPad, adding an exciting new theme store. As Android users of SwiftKey Keyboard will already know, the app's functionality and general time-saving mechanisms are only matched by the beautiful selection of different themes, and the latest version for iOS lets users truly customize the experience. 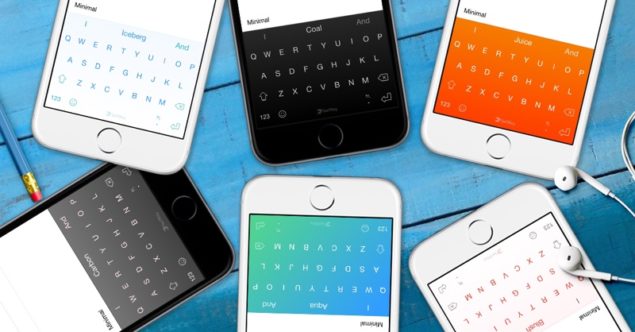 iOS 8 brought a very impressive number of new features with it back in September, and among the countless adjustments to the performance and general running of the software, Apple also decided to open up certain sections of its OS to developers. Nowadays, the Today view of the Notification Center can be adorned with numerous widgets, providing quick-access functions and information at a glance. Additionally, third-party keyboards mean that the stock typing experience can also be swapped out for one of the many offerings gracing the App Store, and having built up such a strong reputation on Android, SwiftKey is among the select few to be considered elite.

The most enjoyable aspect of SwiftKey, for the benefit of those who've never used it, is its knack for learning how you type. Predictive text takes on a whole new emphasis as SwiftKey quickly begins to stitch together sentences before you've even had a chance to consider what you were going to say, and with streamlined emoji support plus most of the world's different languages covered, it really is a joy to use.

SwiftKey Keyboard is a free download on iOS, and will henceforth be heavily subsidized by the in-app purchasing of themes. Since the keyboard is a feature that is viewed almost every time you pick up and interact with your iOS device, there will come a time when you'll feel compelled to freshen up its appearance, and the introduction of the theme store makes this process a joyous one.

Whatever your particular taste may be, the 12 themes included in the theme store so far should cater to everyone. There are five 'Nickel' themes, which offer an assortment of bold colors, six 'Minimal' themes, which keep things nice and simple, and one 'Shooting Stars' animated theme. As you can probably guess, Shooting Stars is the stand-out, offering a cool, night-like effect that alters as you move your device. The themes cost $0.99 for the basic offerings, while the Shooting Stars option will set you back a little more at $1.99.

This is a very worthwhile update that also includes a few bug fixes to smooth out the experience, and if you haven't yet used a different keyboard to the native one, then we highly recommend trying this one out for size.