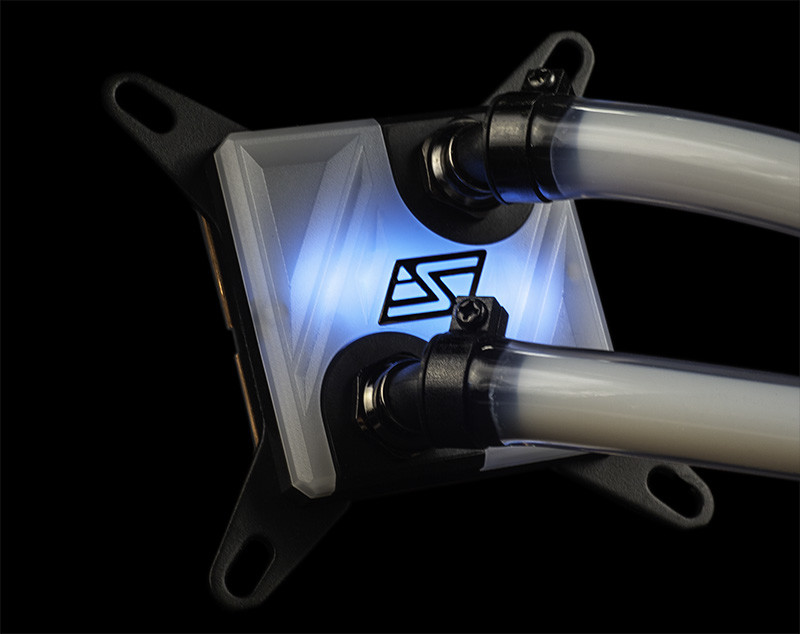 Swiftech earlier today has announced the latest advances in All-in-one Liquid Cooling CPU Cooler, the Drive X3. The new X3 AIO series has received a number of improvements, along with a new sizing and naming convention as well.

The Swiftech X3 will be available in two radiator sizes, dual 120mm fans and triple 120mm fans at the time of the release. These will include a new 120mm fan design that include improved static pressure and maximum discharge, lower operation noise level, and Swiftech IRIS compatible addressable RGB's built into the frame of the fans.

Also featured is a fully redesigned patented radiator/reservoir/pump combo with a tempered DIY grade glass reservoir and a leak-proof acrylic-free manifold design. The AIO will come with maintenance free Mayhem ultra-clear tubing, providing an overall custom look and feel of the product. There is also a new PWM and RGB controller: IRIS ECO V2, which features three customizable lighting effects allowing users to select effects and customize color and brightness. Color dyes (red, blue, green) are included along with the best coolant on the market, Mayhem Pastel White Nanofluid Coolant.

The "LT" waterblock housing features an acrylic-free design and 6x Swiftech IRIS addressable LED's for endless customization, and the retention hardware has been enhanced for an even easier, trouble free installation. It is fully compatible with all current desktop processors from Intel and AMD.

For more information on the product you can check their product page. The Drive X3 is available now and the MSRP on the the coolers starts at $139.95